Has anyone use the GAK sell your stuff service? I’m thinking of swapping my amp and they offer this service and I was wondering how it works and what it is like?

The GAK? Is that like the Ferengi on Star Trek? If so, I’d stay way from those shady guys

It does sound that way doesn’t it!

No need to apologise Shane, it’s always good to have a giggle.

Well I went ahead and tried their service. As I expected they only offer you rock bottom prices on your equipment. I won’t be using this service.

I’m thinking of swapping my amp

What amp do you have and what are you looking for?

Of course, I forgot

Are you serious? There’s more than a whiff of gas about this…
I’d be surprised if there weren’t half a dozen ways to get whatever sound you want out of that without an fx loop. Can you not just buy something like this to switch between a variety of different presets on your amp? That’s what I did for my Yamaha THR. I don’t use it often, but it’s handy if you want to use it for an open mic for instance.
You can always add a multi fx pedal if you feel the need.
Are you thinking of going ‘full-Judas’?

Yes, I am seriously considering it. I’ve even considered buying the Orange Crush 35RT.

I’m a lazy guitarist Brian and I feel I don’t have the time or the inclination to learn all the bells and whistles of the Katana amp. I think I’d prefer to plug in a pedal and know what it does without lots of fiddling around.

I could be wrong on all of this and maybe I should take the time to understand it all but the free time I have needs to be spent working on my playing. Well that’s how I feel at the moment.

That is a funky little pedal. I didn’t even know you could get something like that.

Are you thinking of going ‘full-Judas’?

You are talking to the grand master of far-niente, grasshopper!
I would seriously rethink. I only started learning how to use the first amp I bought four years later

Each pedal you buy, you will have to connect up (in the right order) dial in the correct settings (which will often be similar to the ones on the amp) and stomp on them accordingly. One of the main reasons for going electric is for the different sounds you can achieve. That is part of learning how to play guitar. And it’s fun.
Take it in small bite-sizes. Just start off with a clean tone and then just play around with the basic ones that everyone uses, overdrive/distortion, reverb, delay. You’ll have a blast. I wouldn’t even bother with the footswitch unless you want to perform live. I’m afraid you have all the gear and the path you look like taking looks like an expensive ‘longcut’

You are talking to the grand master of far-niente, grasshopper!

I bow in the presence of greatness.

Thanks for that Brian. I’ll try and shut that nagging up that prattles on in the back of my mind, suck it up and see how I get on.

As far as I can tell one of the most common uses of the fx loop is to be able to manage the tone on what is played on a looper vs the lead tone when you improv over a recorded loop.

I know there are other uses to put certain fx after the preamp and before the power amp stage. But for majority of us that is probably beyond our needs.

No doubt not as effective as having fx pedals between the guitar and the looper and using a clean setting on the amp but I have made do.

So depending on what you want to achieve, an overdrive pedal plus the looper and your current amp would allow lots of fun.

All depends on what you want to do.

To me GAK is the noise I make when I’ve got too much phlegm in my throat.

I also have a modelling amp with a million settings (Fender Mustang GTX50), I kind of take the road of either use one of the presets, downloading someone else’s or just working with one effect. Then it’s kind of like using just one pedal and tweaking it. I think I’ve explored less than 1% of what the amp can do, and probably won’t do more than 20% of it, ever…

However when it comes to the GAS and the upgrades, I usually flog my old stuff on Facebook Marketplace

For those who aren’t in the UK, GAK is a music retailer. I believe the name stands for Guitars Amps Keyboards.

Can you not just buy something like this to switch between a variety of different presets on your amp?

They are great, but they won’t work on the Katana 50.

For the Katana 50, you are better off with one of these: I’m a lazy guitarist Brian and I feel I don’t have the time or the inclination to learn all the bells and whistles of the Katana amp.

IMO, you shouldn’t need to. You should be able to get most of the basic tones you want, as well as many more advanced ones, from the top panel controls. Certainly you would have more options available to you than the Orange Crush.

If you want to get tonal variety beyond that, unless you are PC phobic, using Boss Tone Studio to create tones on the Katana is no more difficult than using physical pedals with the same function, and it has the advantage that you can save them for future use.

IMO learning how physical pedals work and how to get the tone you want with them (as well as dealing with cabling and power) will take as much time, or possibly more time, than learning how to use the onboard capabilities of the Katana. 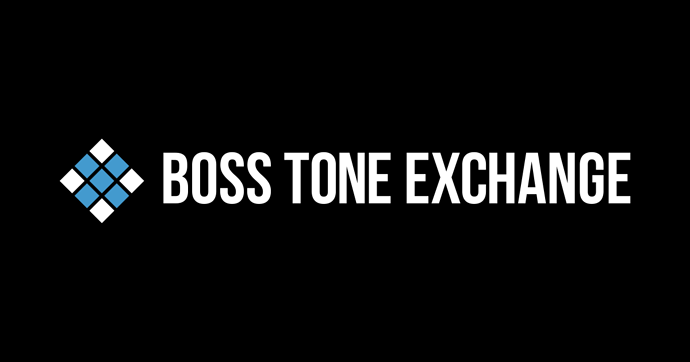 BOSS TONE EXCHANGE is an online platform for sharing original Livesets created with compatible BOSS products and BOSS TONE STUDIO with users around the world.

As @DavidP says, the only reason the FX loop on the Katana should be useful to you is if you want to use a looper pedal. And if your usage is simple, David’s approach might be all you need.

Thank you @DavidP @Majik David and Keith for your feedback. I have to admit that I never even thought that pedals might be as complicated as fiddling with the amp. I’ll have a look at that Airstep as well.

@jkahn JK, I did read about selling on FB marketplace but I’m not on FB so that would be a no go.

Thank you for that Keith. I’ve bookmarked the site.

I will add that I, personally, think it’s important for everyone to spend some time learning how to use their amp, whether that’s a simple one-channel analogue amp or a whizzy modelling amp.

My reasoning is that finding the tone you want for a particular situation is a key part of electric guitar, regardless of the technology you use. And if you know how to get different tones, that should help inspire and encourage your playing.

That only comes with spending some time learning your equipment.

That doesn’t mean to say you should do this instead of practicing, but you should allocate some time for it, especially if you are unfamiliar with the equipment.

It also doesn’t mean you need to learn or try every single option available to you. That’s especially true with modelling systems which have dozens of amp models: in practice the differences between many of these models are quite subtle. But it’s good to have an idea of how the key effects types sound, and how to control them. That could be done by, for instance, spending 30 mins once a week for a few weeks focussing on one effect type and messing with it whilst you play different things.

Note that same applies for conventional pedals and amp setups, except this involves owning a range of pedals and physically cabling them up and swapping them out and individually trying them. The advantage of multifx systems is it gives you a way to try a wide range of pedals out without having to purchase them and cable them up.

Once you have, for instance, learned how to use Boss Tone Studio on a Katana, and used it a few times, then if you suddenly want to add a specific delay type and setting to your sound to achieve a particular result, it should be relatively quick and easy to do so.

In practice, most of the time you’ll probably set yourself up with a handful of options you like and switch between them. And with the airstep pedal I mentioned, you can do that relatively easily once you have set up the effects and patches.

A big caveat when it comes to amp settings: trying to exactly match the tone from a specific record is mostly an exercise in futility and frustration, as there are so many factors that go into how that guitar sound is created and perceived beyond the sound coming from the amp.

Haha, you’re sorted now you have our resident tech, @Majik on board

Cheers, Keith, I didn’t actually look up what that does exactly, but just presumed there would be something like that available. I have anAirstep for my THR and am happy with it although don’t use it much.
On the other hand, Stefan, I’m closer to your ‘level’ of playing than some of the more advanced dudes here, but if you are going to be playing a bit more electric, what you really need to up your enjoyment, is a Trio+ looper. Not only is it your very own band/metronome/looper, but it also bypasses the need for your fx loop as you just plug it into your aux input on your amp, which is not affected by the tone you dial in on the amp. (Even non-tech @sairfingers is a convert

)
They’re expensive enough and not many second hand, but here’s one that looks good value

A Trio+ is a good shout. In fact, you can even plug it into the front of the amp just like a conventional pedal as, for basic use, the Trio+ has some built-in effects. For more advanced use, the Aux works.

Thank you Keith it is really appreciated and just for all that typing you did I will dedicate some time each week to get to know my amp.