Is Reading Notation Worth the Effort?

A teacher has the book recorded in YouTube so I try to play the two-guitar pieces along with him.

I have to agree with JaggyThistle because like him, I started off learning notation. I spent a fair bit of time playing and learning Classical guitar when I was younger, but now that I’m older I can even read half of that music anymore. I started way back in the early 1970s and couldn’t jam with other people if my life depended on it. Wish I had skipped the notation journey and just started playing music, I’d be so much further along.

I can understand notation but not sight read, when I started playing nearly 60 years ago there was no TAB, no Internet, just notation so everything I learned was either by ear playing tracks over and over or buying the music notation and converting it to TAB.
It didn’t do me any harm, I learned to hear intervals and hear notes and pick them up on the guitar.
Nowadays you can get TAB for almost anything including Classical pieces (if you look) so it’s so easier to play anything that you really want to without reading notation.
Justin is absolutely 100% correct, unless you really want to there’s no need at all to learn notation.

Justin is absolutely 100% correct, unless you really want to there’s no need at all to learn notation.

That’s not exactly what Justin said. Whilst I had a great debate above with Jason defending the no reading thing, there are paths students may find themselves on when it will not only be helpful but also necessary. It doesn’t always come down to whether you want to learn but whether you need to. There are situations where it could block a career or educational path hence being a life changer.

Traditional Folk Songs - This is one situation where being able to read music can be very rewarding;
here goes:
Imagine you find an old book full of traditional songs, all unfamiliar to you, with the words and also the music written out.
If you can read music, then you can pick a song you like the look of, play it through, and then the most exciting bit.
You sing it - it might be a song a couple of hundred years old. It’s been there in the book all this time waiting for you, and now you hear it. And you’ve never heard anyone else sing it. You’re the first person you know who’s ever heard it… 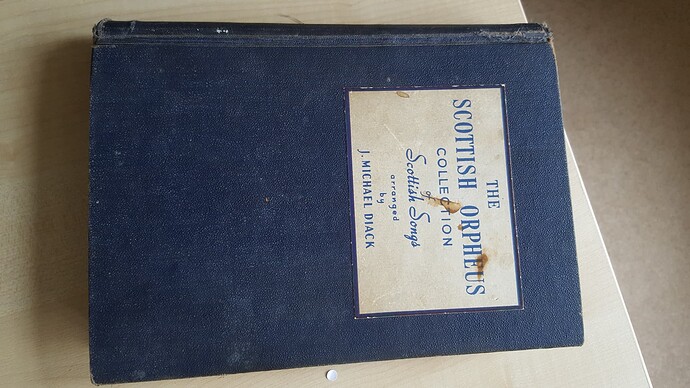 It doesn’t always come down to whether you want to learn but whether you need to. There are situations where it could block a career or educational path hence being a life changer.

However, I’d also emphasize that even when you don’t need to read, knowing how to read might offer opportunities or take you down paths you’d otherwise pass up. That’s not something that’s easily quantified (not least because it has big unknowable “maybes” and “what ifs” baked in).

It doesn’t always come down to whether you want to learn but whether you need to. There are situations where it could block a career or educational path hence being a life changer.

Did I say there wasn’t? If it were to block an Educational path or Career then it would be a need!

You didn’t necessarily say that, but I was replying to what you did say “Justin is absolutely 100% correct, unless you really want to there’s no need at all to learn notation” which wasn’t what Justin said.

Since we are actually on the same page and just wording has got mixed up and a lot of people don’t speak English as their 1st language I thought I’d clear it up. I probably shouldn’t have so I’m sorry.

As I learn the guitar, I am tending to think that not learning standard music notation is a bit like learning Ancient History without being able to read Latin. Yes it can be easily done. Pretty much every Latin text has already been translated into one language or another so you aren’t limiting yourself and all the information you need is available without having to learn those languages. However, if a new text is discovered you are going to have to wait for someone to translate it for you and you may miss some of the subtleties if you only read a translated text.

My own experience reflects the above metaphore. I’m finding a rich vein of music from playing music in standard notation that is for other instruments (Cello especially as my daughter plays it so there is a load of Cello music scattered around the house). Sure I can get someone to put them in Tablature but it’s been a lot easier this way. Likewise it opens up some music theory courses that are done using standard notation. Yes there are plenty of courses that don’t but the one I have found best for me does use standard notation.

The other thing is that I haven’t found learning standard notation a problem as I started doing it from the begining. I had plenty of time set aside to practice guitar but there was little I could productively do. My fingers got tired after 20 mins which made my fretting etc sloppy and therefore not something to do. I had done enough ear training and musical theory that I could concentrate on so spending 10 - 15 minutes on learning standard notation filled the rest of the time.

Although this worked for me I’m not sure if it would work if I started now. It was fine when I learned it because there wasn’t anything better to spend practice time on and I still wanted to do something musical. Now I’m a bit further on I probably could spend those 10-15 minutes more productively on something other than learning standard notation. However, I’m glad I did learn it when I had the chance.

Welcome to the Community, Simon.

I also find it useful when composing music to play with digital instruments in my DAW, given that I can’t play keys to record midi-based parts for other instruments, like piano, strings, brass. And it is so cool to be able to arrange original songs with the instruments.

As a beginner guitar player I’d say my take on the matter is to each their own; which Justin did say, and even took it a step further by giving examples where it may be better for an individual to focus on one or the other. I liked that approach because as a teacher he has to present lessons and methods in ways that resonate to his audience across a long spectrum of various skill sets, goals, circumstances and opinions. I think his mission statement is literally to teach people how to play the guitar regardless of their circumstance. That’s easier said than done in a “non-traditional” online educational setting; without knowing his students (again, vs. the traditional sense of knowing a student who is right in front of you). It involves a lot of trial and error because he’s talking into a camera…not to a person a few feet away where questions can be asked, and where the teacher can gauge their students progression by listening to them play, which in turn helps the teacher write lessons around those observations. So I can understand why feedback is so important to him and it’s perfectly fine if some people agree and some do not. All that said…I’m very glad he put out this video lesson. Even though I joined this great community several years ago; in reality, I’m only about a year into this journey as a serious student who puts in the practice and continues to improve. I have been disciplined about immersing the guitar into my regular everyday life so it’s pretty much embedded into my daily routine now. When I decided I was done simply dabbling into it here and there at 41 years old, I thought I’d have no choice but to learn notation to reach my goals. But at the same time I knew from the get go that I definitely did not want to. I’ve been told by people close to me who are very good at guitar that not only do I need to if I want to get better, and that I should be careful learning online because it’ll teach me bad habits. It discouraged me because there were all these “experts” in my ear telling me I should do this or do that if I “truly” want to learn the guitar their advise is the best (even though they didn’t even all have the same advise.) We’re talking about people who started learning at a very young age and then took their children down the same road, which is great…they’re all wonderful and very talented. I’ve heard them play and there’s no doubt they know their instruments. So since day 1 it’s been in the back of my mind if I should go down that road. It actually stressed me out a little because it was already intimidating enough to start learning at this age, but no one is telling me to go to class I have to find the time when there doesn’t always seem to be enough, and choose to do that instead of something else…and there’s always something else. Yet here I am continuing to learn, continuing to develop, and it’s all been under Justin and I’ve still never seen a single note. All tabs, watching, pausing, rewinding, hearing, pausing again, rewinding again over and over until it becomes muscle memory. My point is I consider Justin to be my teacher and as a beginner I was so worried about starting this video tonight because “what if” he will say that learning notation is going to have to be in my future one way or the other. At this point I would’ve likely heeded that advice too because I feel like i’ve learned so much and come so far in only a year and I credit so much of that to his teaching style and this format. Anyway…the long of the short is that those people in my ear; the experts, that’s what they know and they’re great at it. One thing ive never seen is them sit down, close their eyes, and start improvising to the point where the music coming out of their instruments was pure heart and on the spot. They can certainly do that when they write their own songs; but I want to take what i’ve been learning, continue to build on it, and just play and play and listen to what emerges from my heart and soul. My mind needs to keep learning the skills though and I’m glad I didn’t listen to all of the “experts” in my ear. Like I wrote earlier…I consider Justin my teacher, and based on how far i’ve come in only a year i’ll say a damn good one at that. So thank you for not sending me down the notation road, lol. But cheers to those who find their reward down that path too.

Is Reading Notation Worth the Effort for You.

For me, no. I don’t have time to learn something else guitar (music) related, as well as the basic stuff I am trying to learn at this point.