5th song in the rock study In Bloom by Nirvana! 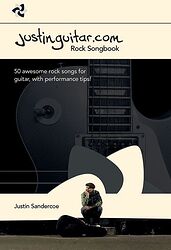 Song 5: In Bloom by Nirvana

Nirvana is one of my favorite bands so I was really excited to get into this one. I played it a lot during grade 2 and wanted to get to be able to play it from start to finish. This song is interesting because there’s not much new material in the song for me, but I still make a ton of mistakes while playing this. That’s a good thing though because it makes it clear what I need to work on going into grade 3.

P.S. I opted to use my mustang style guitar to get closer to what Kurt used.

Sound:
I used my katana to get both of the sounds used. It was just me messing around with the settings. I’m not quite happy with either sound, especially the one with the chorus effect, but I feel like they were good enough for the song.

Here’s In Bloom: (Advice and feedback always appreciated and welcome!)

That was great Alexis loved your cover and I am a big Nirvana fan myself so this tells you a lot!

some good points you observed and you know your strengths and weaknesses which will help you a lot in the future what to focus on and how to improve.

I would perhaps apply a bit more reverb/delay to your main sound, it was too dry if that makes sense, whenever you stopped playing sound was stopping abruptly, I think reverb would fix that.

There’s a fast single notes part that you’ll see I pretty much mess up every time! I practiced it for hours and I just could not get it there. I need work on speed, not quite sure on how to do that yet.

Just slow down to whatever pace you feel good at and then increase it every few days or even weeks if needed. That’s the best way to nail it down as with anything more complicated really.

I love Nirvana, was obsessed with them as a teenager and know most of the words to all their songs still.

This is one that’s on my list to learn. Such an awesome tune. Well played dude.

Congrats on completing the next song in the project, Alex. Beyond me to offer any feedback on the playing or production.

@adi_mrok already said what I planned to say on the process to master a tricky part. All I’d add is to make sure that you focus on the difficult part and dedicate more practice time to it. Some people learn by playing through from start to finish, which is not the recommended approach. I’d call that rehearsal and there is a place for it in the process, but it’s not the ideal delibrate practice approach that would focus time on the difficult bits, breaking things down and over time stringing sections together. But I suspect I am probably preaching to a convert.

Look forward to the next song.

Great work, Alexis, well played. You’re doing superb with your rock study. You’ve got some great advice from @adi_mrok and @DavidP. Looking forward to the next installment.

Hi Alexis, such a great project - your rock song study

.
And this song really sounds great. It‘s far beyond my level, and I can just say ‚Wow!‘ how you mastered the big jumps on the fretboard

.
I‘m very much looking forward to your next song

@adi_mrok thanks, really great advice! I didn’t think about adding delay but that and a little reverb is exactly what’s missing. It’s funny I was racking my brain about it and it didn’t even cross my mind.

I think next time I’ll spend more time slowing the hard parts down.

@DavidP thanks David, yeah I did spend a lot more time on that part than the others but I think I could have spent more time. The other parts are so much fun though, lol!

Hi Alexis,
You go at a nice pace,…nice and heavy

Very well done Alexis, that was great. There was some fair travelling up and down that fretboard and I couldn’t tell that your accuracy was off. Loved it!