So the practice I planned for this weekend came to virtually nothing. I haven’t felt so sleepy for a long time, I guess this was a long week. However, there were a few small discoveries nonetheless:

After all this, I’ll try to do some “real” practice before calling it a day.

It sounds as though you’re exploring a rich, fertile ground of musical discovery Jozsef. I’m excited by the treasures you’re finding and polishing.

It seems like that to me too, though sometimes I feel my “projects” are a bit impulsive; anyway, I try to make the most of them.

For example, I’ve just realized that I got 2 notes wrong in the introduction of the trumpet solo yesterday – fortunately, I managed to find the correct ones today. I look at it as an alternative way of ear training to the one Justin offers in the course, and as a sort of challenge if I can find out/decipher what I hear.

It’s another thing that if I identify a D in this piece, I won’t recognize and other D notes in other songs off the cuff… I guess that’s where perfect pitch could help.

I managed to transcribe and play a Chet Baker trumpet solo – you can check it out here: (COVER) Chet Baker-Russ Freeman: Summer Sketch

This was my first attempt at transcription and I feel very proud of the results. Now I just need to do Justin’s transcription course to get going in a more organized fashion.

Since I started playing, I’ve always been wary about the ear training lessons and the interval ear trainer tool. Isolated pairs of notes somehow don’t work for me. As soon as there are 2 or more types of intervals to choose from, my ears kind of clog up with whatever interval is more frequent and the whole “test” becomes a mess. However, transcribing real music seems easier to me so far because the whole context is available and the patterns on the fretboard can also help put the notes in place.

I’m planning to work on this song and got an idea to try and make a version mixing single notes and chords, something like the piano part in the original.

Well, I haven’t got these written down as these are much more concise, but I managed to play along with this song (by a Hungarian group) almost flawlessly on my 1st attempt: 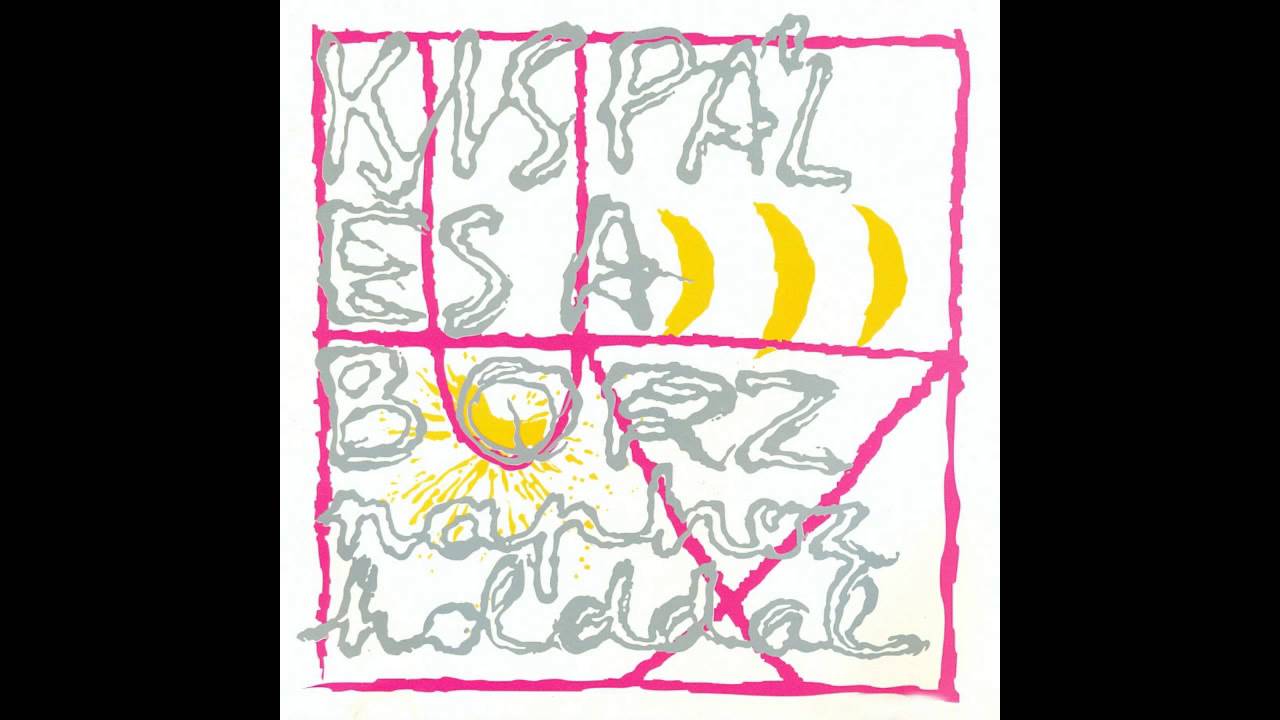 It’s quite easy but great fun. I got more confident in my ears so I tried some of their other songs and suddenly this riff and most of the chords fell in place: 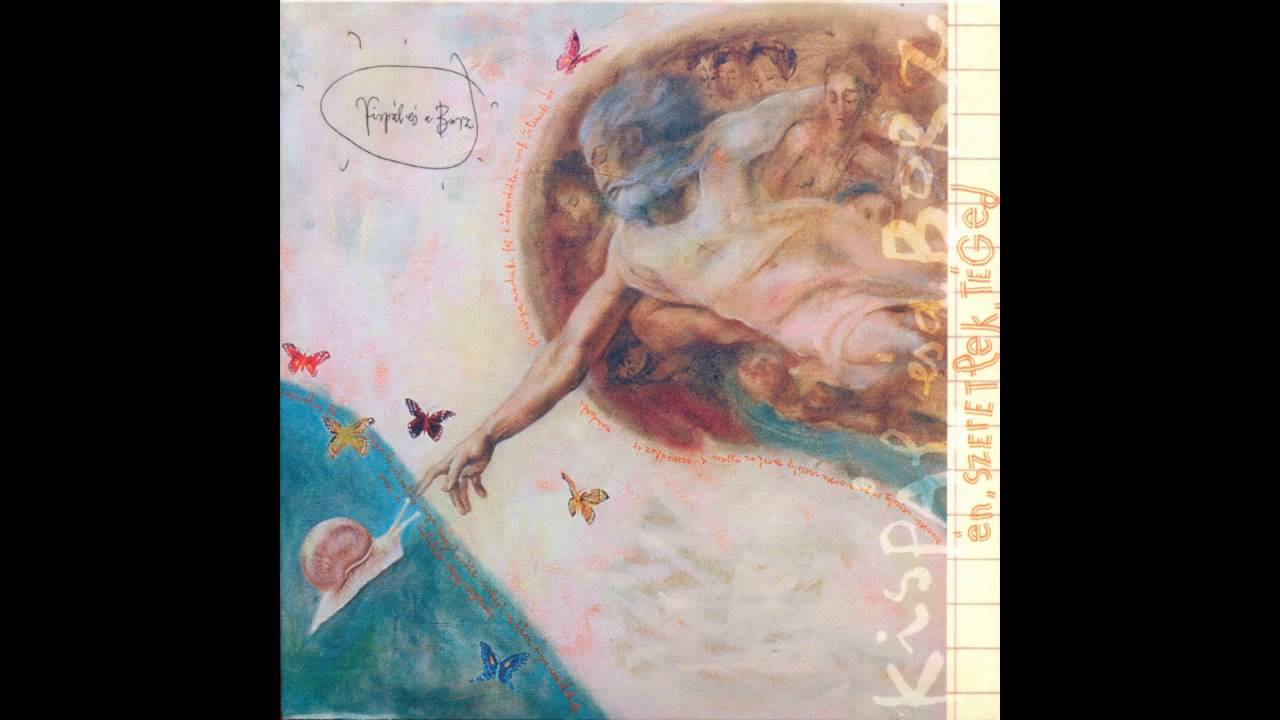 Also managed to crack the riffs of Cream’s version of Born Under a Bad Sign by ear and it became part of my “repertoire”: 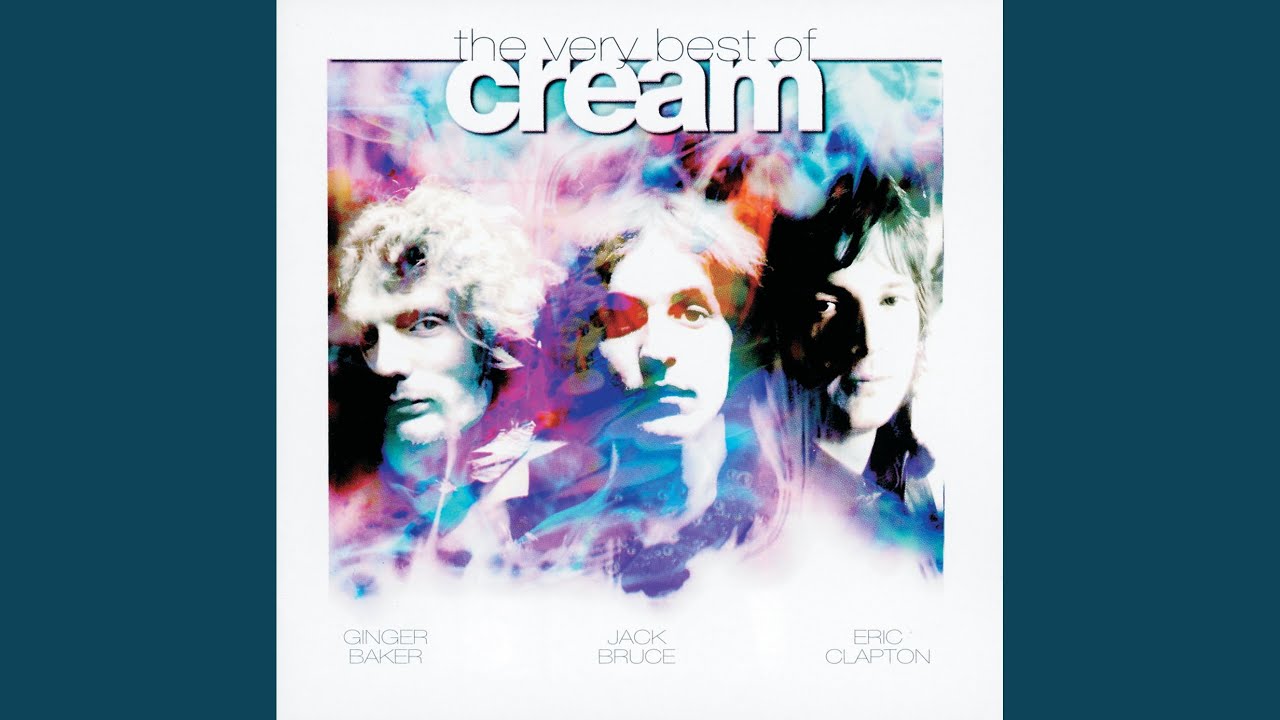 My attempts at Wiggle Waggle go back to my very first beginner weeks and now I’m getting more and more hip with the tempo: 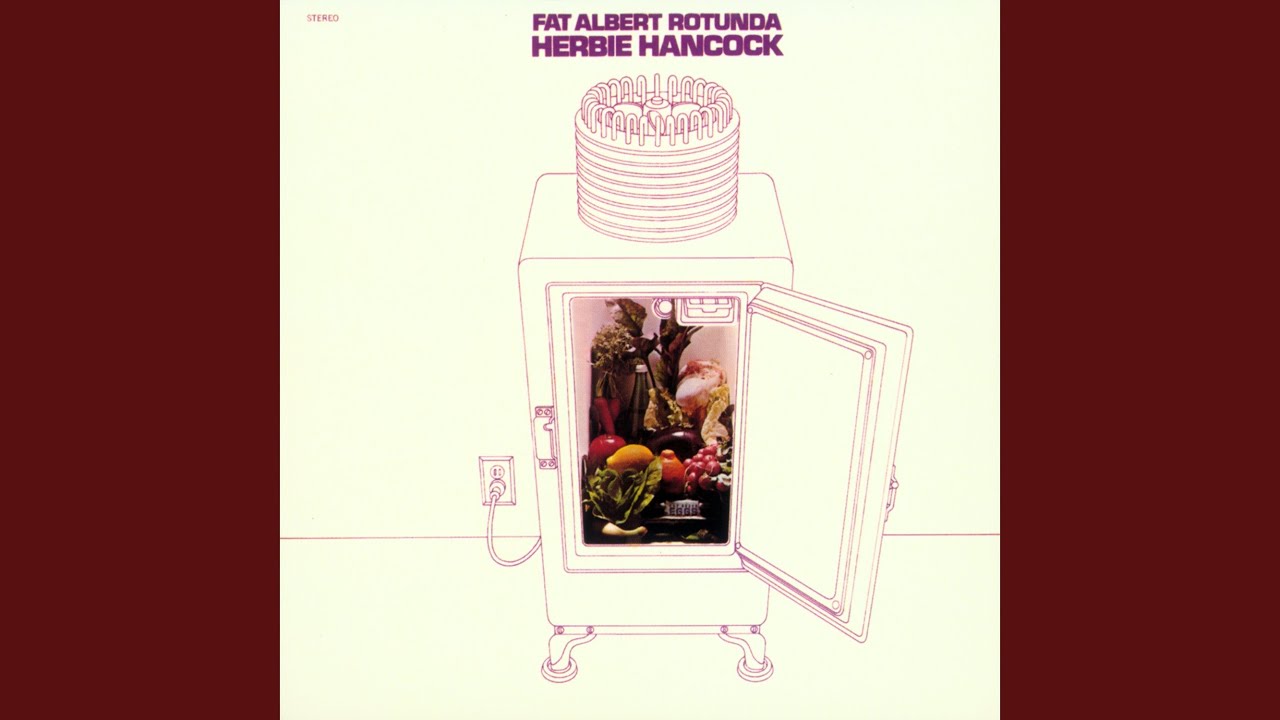 A medium-term goal is to make some playalong videos of these songs unless a miracle happens and I’ll be able to sing the ones which have vocals.

I remembered that in July 2021 I posted this song in the old forum and made a careless remark that it would be nice to play the guitar solo someday… well, last night preparations have begun and I managed to transcribe the opening section of the song (lasting until c. 1:10): 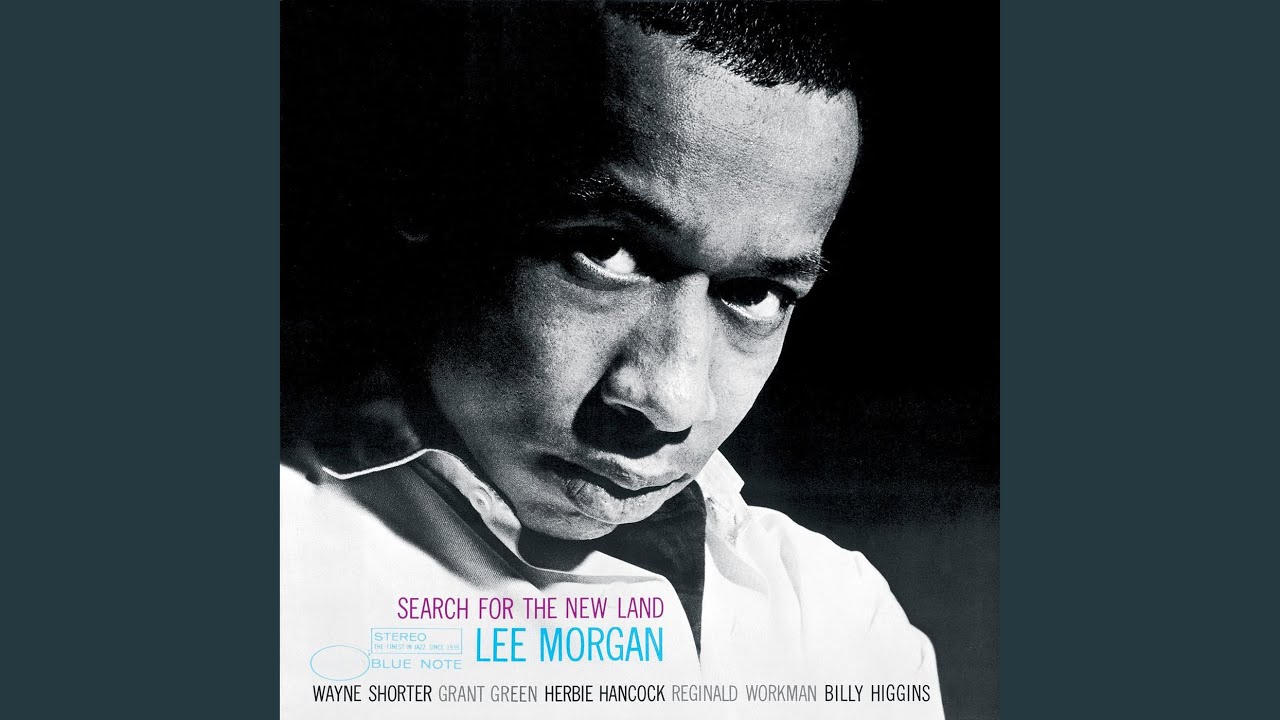 It’s in Eb major (or C minor) and, according to Wikipedia, “the key of E-flat major is often associated with bold, heroic music”. Sounds just about right.

I’ve known this song for a couple of years now and it indeed has a majestic quality to it, both in the ensemble sections and the solos. The guitar solo in question is from 9:15 until 12:02, played by Grant Green who is one of my favourite players.

What I’m thinking about is whether I should fast forward and tackle the guitar solo or try to transcribe the others as well, at least partially. Though the piano solo seems way out of my league.

On the way, hopefully. The store told me they are supposed to receive a shipment in the second half of the month. Fingers crossed.

Last night I’ve been tinkering with the slide on my electric guitar, kind of aimlessly at first. Then I stumbled on some fingerstyle patterns where I managed to mute unnecessary strings in a way that made the sound much more pleasing and purposeful. I had a crunchier tone selected on my amp and suddenly I sounded like a wannabe Duane Allman. So I’ll add slide playing to my curriculum and see if I can improve at it.

Now that I think about it, I’m sure my parents would appreciate the sounds I make these days.

Sounds like you are having fun Jozsef and making good progress on the transcribing.
Allman’s and slide ? Bring it on !

Jozsef you are amazing! I love the whole hearted way you throw yourself into your projects and the dazzling results you are getting. You are identifying your strengths and preferences and letting them blossom. Your curiosity to explore new things, like slide is a wonderful thing.

That’s a lot of progress congrats

I have the doubt of the difference between getting a Melody by ear or transcribing it. It is just that you write down the notes? Or there is something else?

Wonderful update, Jozsef, I’m celebrating your achievements and passion, looking forward to the next recording.

Yes, I write down the notes I work out. As I don’t have perfect pitch, there’s a fair amount of trial and error in it, but seeing the notes in writing and on the fingerboard also helps me spot some errors I make. These are my transcriptions of the Baker solo: 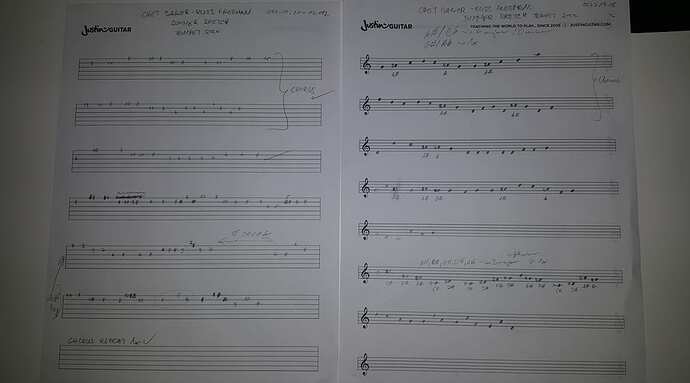 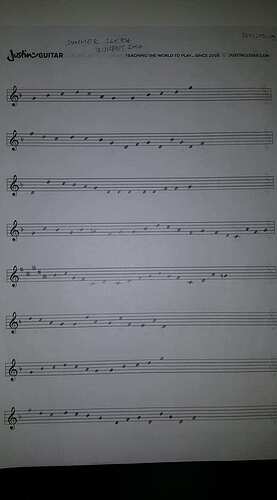 However, I’m not yet on a level to be able to add tempo markings to the standard notation, so at this stage it really only shows the notes to be played.

Thanks Maggie for the kind words

I made a sort of resolution early this year that I’ll try to spend more time with music and practicing, and so far it seems to pay off.

I bought my slides more than a year ago but never really used them for anything else than to fool around. Who knows, maybe I just needed to hit the right notes yesterday to change my mind about them. Like, I “discovered” that if I play the 1st and 3rd string simultaneously with a slide while muting the 2nd string, it sounds just like a pedal steel guitar

Oh nice! So I should start to write down some of the melodies I’m getting by ear.

So I decided to give it a try on my 12 string. Holy moly! My hands got a real workout and the strumming pattern is also more complex than I’m used to. This song will sure last me a couple of weeks to play at a reasonable level.

Quite a few things happened in the past 2 weeks guitar-wise although I didn’t have much time to practice during the week. Fortunately, I don’t feel it hinders me very much as I can catch up with myself relatively easily.

The previous weekend I made the rounds in a few bookstores here in Budapest, and one of my destinations was a musical book/record store also keeping used things. I got home with this stash: 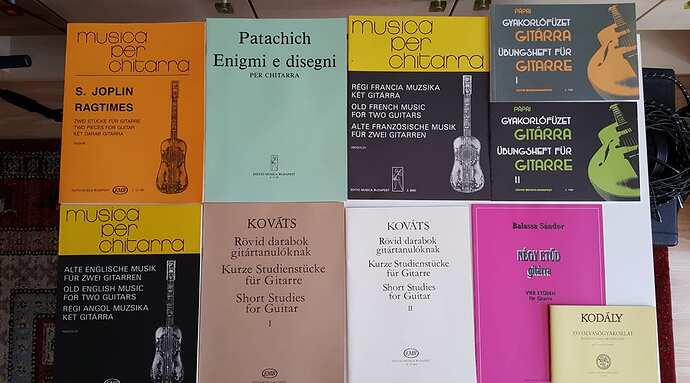 Most of these are sheet music for pieces written for the guitar (classical, obviously). However, the two exercise books (in the upper right corner) & the 333 reading studies are going to be my main friends for the time being. Actually, after 2.5 years of Justin’s course, there are quite a few things in the exercise books that I already know

Last night I tried to “decode” the first piece in Short Studies for Guitar I as it’s indicated to be beginner level. Well, the less is said about my attempt the better, but I’ll keep at it.

Yesterday I was among the audience of the Open Mic 007 and it was great fun, so I got the song practice bug and volunteered to participate in the next event. Well, thinking about it, I’m already struck by a bit of stage fright but I’ll focus on 2-3 songs that are not out of my league and probably try to work on my “vocals” as well. Never really tried to play and “sing” at the same time.

For the past week or so I got immersed in lute music. I don’t really know what inspired me to try it but it was a great decision. I’ve listened to quite a few pieces of John Dowland and a Hungarian composer called Valentin Bakfark, recorded by Julian Bream, Nigel North and a Hungarian player/researcher-turned-into-a-celebrity-fool-in-the-21st-century called Dániel Benkő. This music is super soothing but also filled with so many details that would be cool to reproduce on the guitar, like those typical Renaissance rhythmic figures.

The recordings I listened to most are the following, in case anyone’s interested (they’re available on streaming platforms):

Dances of Dowland
The Golden Age of English Lute Music

And I’ve recently found out about these 2 instruments, they are quite interesting: Wired for sound: the bandora and orpharion

Yesterday I was among the audience of the Open Mic 007 and it was great fun, so I got the song practice bug and volunteered to participate in the next event.

Curious what of these things you will bring for us

Something else is perfectly fine too though

No renaissance lute music or classical stuff, that’s for sure

At least not right now. So it will be something completely different. 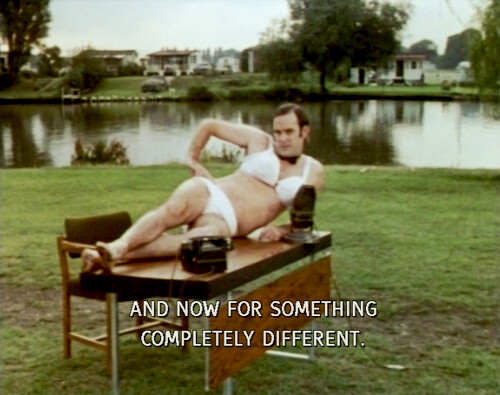 Will be great to have you at the Open Mic. Keep in mind anything musical is just fine. You don’t have to perform a play and sing song. Clint played lead over a backing, you could perform that instrumental Pink Floyd song, or any of your classical studies.

Yesterday I changed the strings on my electric guitar - so far so good. Then I had the brilliant idea to tinker with the action height. I thought I would lower it just a little bit, i.e. 1/64 of an inch on the bass and treble side alike. I’ve got a D’Addario action gauge that I used for this task.

Lowering done, tuned the strings again, then played each string at each fret to hear if there were any issues. And there was string buzz at fret 8 on string 1. Nowhere else!

Of course, I set the action back to factory specs according to the booklet that came with the guitar, but it didn’t help. Then I raised and lowered the action a few times without any effect on this problem (fortunately, no other notes started to buzz), so I went back to factory specs again. I found that if I fret the string at that given place and dampen the part of the string behind my fretting finger, the buzzing stops altogether. Also, if I bend that note a tiny bit, it “clears up”.

So it seems either I messed up something that affects one and only one fret under a lone string, or my adjustment fiasco uncovered some issues with that particular fret. Strange, as nothing has been out of the ordinary since I bought this guitar in 2019.

Today I’ll give it another try but I don’t have high hopes. It seems I’ll have to take it to the luthier to sort it out.

Buzzing is an annoying issue. Had it once and it drove me mad. Checking everything endlessly, measuring, adjusting, re-measuring, swearing etc.

You’ve probably done it, and a long shot maybe, but have you checked the tuners to make sure they’re nice and secure. Others here with alot more experience will surely be along soon to give some advice.