Advisory Warning:
(Some swearing, but appropriate for the song and only as per the original)

It’s funny how most of us take pride in our forebears’ and nations’ achievements, even though we have nothing to do with them.
I started digging around my Danish roots about 7 years ago and had that exact experience.
The odd thing is, whereas most cultures are proud of their contributions to ‘civilisation’, culture, the arts, sport etc., the Vikings are a bit of an exception, as their stereotype is that of your run-of-the-mill psychopath: raping, burning, pillaging, glorifying violence. Yet they are often treated with an admiration in our entertainment industry (or am I just biased

)
Anyway, a couple of years ago I was at Roskilde Festival with my teenage daughter and caught one of the local acts Nephew. I enjoyed their set and downloaded some of their back catalogue.
This is a loose ‘cover’ of the Descendants of King Canute.
Canute (Knud) was the the King of Denmark, Norway and England in the beginning of the last millennium.
I’m not certain whether the song is completely satirical or not but some of the lyrics didn’t resonate with me, so I took liberties with three of the verses and added a bridge with some Norse mythology.
Of course, I had to put Daphne to one side and call upon Hagar, my Hagström Viking to do the honours on this.
I’m unsure whether you can program the Trio+ for ‘push chords’ and gave up trying after a short while. One take on mobile phone. No post-recording fiddling. It’s a bit rough around the edges, but aren’t we all?

Oh yes, belated apologies to all the victims of past Viking atrocities.

This time we come in peace 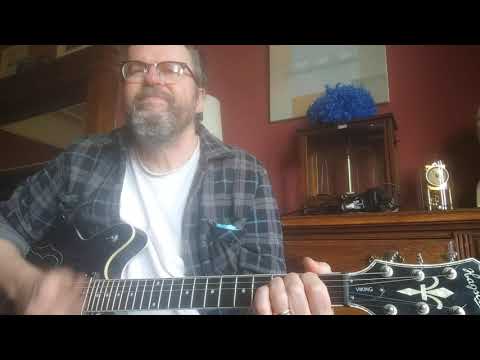 Brian, you have that gift of being able to portray a story in your performances, it is quite captivating. Did you intentionally strum on the neck?

Good to see the Hag front and centre. I must have missed the Daphne tag being thrown out there or its just another synapse breakdown. 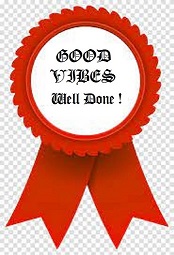 You know, I never noticed. I think it’s because when I’m sitting the body is quite large, which makes it more natural to let my arm slide forward. I don’t think at my level of playing it makes a big difference to where exactly you hit the strings, but defo food for thought

, as their stereotype is that of your run-of-the-mill psychopath: raping, burning, pillaging, glorifying violence. Yet they are often treated with an admiration in our entertainment industry (or am I just biased

you’re not biased,it still like that, I can still see you doing it without a problem.

But you do have a point. It is only in recent years that I occasionally see a documentary or 1 movie where the Vikings are also depicted as “normal” people, and the violence that was committed was not romanticized…
EDIT:The translation machine didn’t make it any clearer… I should have read it better… This glorification doesn’t just happen only in the intertainer industry

Hey Brian, liked it! I just enjoy seeing you obviously having fun with your music, I think that you do an amazing job of your creations, they’re always witty and provoke fun regardless of the subject.
It had to be Hagar for this, Daphne just wouldn’t have been right; some interesting tones going on, it all adds to the performance. Well done buddy!

Nice job Brian and a satisfying growl from the Hagstrom…all hung together very well with another tale from the master storyteller! I liked it.

Love it, Brian. Great tone from Hagar. And as always you make playing and singing look easy as pie. Enjoyed the adapted lyrics (note to self: read Gaiman’s telling of Norse Mythology)

Great stuff Brian. Another song from your box of ‘no one will have heard this before’ songs.

Well played and sung, you never fail to entertain and your enjoyment as you played was palpable. I liked the gritty tone from your guitar and amp. I love your ‘story’ songs, this time it was a history lesson.

We actually chased your Viking ancestors out of Scotland in 1263 at the Battle of Largs (Largs is just up the road from me). The king of Norway at the time was Haakon Haakonsson (I admit to having to look him up). Your guitar could have been named after him.

Have some old fashioned vibes from me. Didn’t King Canute try to order the tide to stop coming in? I look forward to your next song lapping up on our shores.

@roger_holland You’re neither Norse nor normal, so I shall take any advice with a pinch of salt…

@DarrellW Cheers, mate.
I think I must have always seen myself as a guitar player (even before I started)

The only thing that changes is, I am learning a bit more on a weekly, monthly, yearly basis. I am really glad I have no goals, as that allows me to wallow in whatever phase (or muck) I find myself in and have a good time.

@Rossco01 Ta for the thumbs up

@DavidP Thanks David. I laid down the backing track yesterday and couldn’t resist doing the rest this morning. I thought about polishing a bit more, but remembered that i commented to @tRONd just the other day that I need to recalibrate with a ‘low-bar’ production. (See what I did there? Got another view and dragged another Norseman in

) The mythology book is an easy read, but puts a lot in context)

@Gordon Haha, any true fan of mine would remember I shared the original as part of my Berlin soundtrack on the old forum

(actually, I had forgotten myself till I watched it again just now here)
I’ll refrain from recounting the number of times my forefathers invaded these isles, including the Nor(se)man conquest but The Immigrant Song by Zep was frequently to be heard on my Birkenhead radio show

That was great Brian, such a sweet sound of your Hagar, even if strings slightly were bleeding into your phone’s mic. I am missing folks AVOYP postings so your offering came just in time! I guess pretty much everyone is bummed about recent things happening around us so perhaps traffic in AVOYP slightly dropped. Nevertheless, you did great and peace brother!

How cool is that Hagstrøm!!!
Liked that a lot Brian!! Cool sound and cool vibe!! Liked the «filthy» sound from your Hagstrøm…
Being a norse i dont know a thing of the Viking history, not even good in our kings

they were good craftsmen and boatbuilders. Other than that not too proud of the history

Really enjoyed it!! Thanks!!

Sounded good BL! A lot to like here – the tone was particularly tasty. Nice rumble to it.

I like Viking lore, entertainment, etc. All eras of history tend to become romanticized over time, I try not to read too much into historical depictions.

“Our history is not our destiny.”

How apt that the VIKING truss rod is at the forefront.
What a fabulous slice of musical lore. I do like the lyrics - especially their rhyming structure.
You look like you’re having fun again and Hagar is responding.

I have no goals, as that allows me to wallow in whatever phase (or muck) I find myself in and have a good time.

I like it Brian. If I am truthful, generally speaking I have direction and then it is just a happy stumble down the path, sometimes on the road, sometimes the ditch, until some other track catches the eye and one bundu-bashes over to a new path

Sometimes, the best journey is the ones that you take where you have a general sense of direction but take detours along the way, making the most of the journey.

No matter what big ****storm happens around us, we’re still always going to need a song and a smile (except of course, if the Vikings come!)

@tRONd mange tak! I remember the opening of the Viking ship museum just down the road from my grandparents’ house in Roskilde. They have cool Viking boat-builders down by the harbour there. Hilsen etc.

Whenever I’m debating to do something ‘different’, I wonder “what would Clint say?” and press the button

I don’t think I will ever become a better guitarist- as in getting more enjoyment out of playing my instrument and making music. On the other hand I would be surprised if I did not become technically more proficient in certain areas

I don’t think I will ever become a better guitarist- as in getting more enjoyment out of playing my instrument and making music. On the other hand I would be surprised if I did not become technically more proficient in certain areas

The Lore of Brian. Let’s all go to an Open Mic

I always enjoy your performances, Brian, and so of course enjoyed this. I loved the sound on your guitar but couldn’t make out much of the words so I just thought about an episode of Vikings while you were playing

I doubt I’ll ever achieve your comfort level in front of an audience but that is definitely something I aspire to.

the Vikings are a bit of an exception, as their stereotype is that of your run-of-the-mill psychopath: raping, burning, pillaging, glorifying violence.

I’ve come to doubt the ‘exception’ part over the past several years as I’ve learned more about the history of various religious traditions!

We all see things in ourselves that we would like to overcome, as well as things in others that we admire. I’m constantly surprised that we’re all following the same guitar course here- how unbelievable is that?

Just for you the radio edit lyrics version:

Oh my, in Viking mode
we **** where we eat and we eat where we ****
Oh boy, like days of old
we roam where we like and we’ll make our new home here

Oh man, we’ll burn this town.
Your women our tinder, no tenderness shown
Hey man, we give a Viking ****.
We take what we please and we’re pleased with our plunder

Our one-eyed god screams no remorse.
Thor’s hammer splits your ear
Loki lies and screws a horse
as Ragnarök draws near