Think I shuddered as I saw it again !

Think I’d still be in a ditch somewhere without help from the folks who I mentioned somewhere in the start of that thread !

I don’t know how I missed this, great read Toby.

Nice to have all this history, including AVOYP. I think I’ve deleted most of mine, I should see if I can find any of them. You’ve progressed a lot over the years - you going to re-visit Parisienne Walkways one day? The song is beautiful just for the melodic progressions, but that super-fast-impossible-to-play lead bit at one point is going to keep it on my ‘dreamer’ list for awhile. Just started learning it though, I’m generally trying to learn something a few steps beyond me!

@mari jeepers you haven’t been listening have you

as you can see I changed many of the names to protect the reputation of the original artists, Murder by the Seine will certainly have a return visit one day I think I could do better now but that fast bit ? Nooooo but never say never.
There are quite a few on the dreamer list and now I have the singing playing cracked after way too long I can go back to a more technical development. Thanks for the compliments. 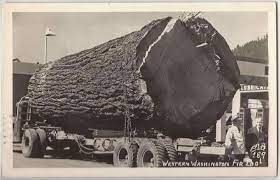 I was tempted to make this entry a new Madman’s Diary Chapter but think its sits better here, as it is definitely work in progress. So it will do for now.

Just around the time of the last Open Mic I got an itching to go back a learn some fingerstyle, as I had not done any since completing the Intermediate a few years back. It was more a case of, having focused the last year on singing and playing, looking to extend my “setlist” and quite a few of the songs were/are folk fingerstyle based. So I dialled up Justin’s module and dusted down my old PDFs and started to work on patterns 1 to 4. Dylan et all here we come but hey not right yet !

Then @RadekSiechowicz Radek posted that beautiful Spanish Romance and I was off to see what the man Marco was up to. Long story short I have been working through his 7 day mini course and for some reason decided to film a couple of exercises this evening.

Ain’t it funny, been recording for years and now with a new style feel like a newbie, with shaky hands and palpations all over again, hence nooo way a MDC is warranted.

They are short but would not say sweet but hey we all gotta start somewhere. I had planned to record the Day 2 exercises but I am an emotional wreck at the moment and desperately need an emergency Grimbergen !!

Its certainly early days with this and at the moment I am not sure about picking hand placement and experimenting a bit. Got some good info from one of Justin Johnson’s video and finding what suits me best, pinkie anchor/rest, floating or using the bridge. Undecided, so working all three at present, tonight I was floating.

Anyway its a fun new adventure and a nice change to switch to this along side working on new Blues licks. It never stops does it.

I enjoyed your videos and explanation behind them.

For me, I prefer the anchor finger, but its which method is more comfortable for you.

Look forwatd to the next instalment😀

Love it Toby and you are off to a good start. Hand looks to be sitting in a correct position to me, didn’t hear any wrong notes anywhere you were very careful while playing didn’t invite any unwanted guests

First three songs I learnt without a pick were Hey there Delilah - this one is not really fingerstyle, but nor strumming either and is a nice way to mentally brace yourself for fingerstyle.

Second was Fast Car by Tracey Chapman and if you like the song I strongly recommend learning this one first as the pattern is quite easy and speed is not a killer.

The other was good old Blackbird by The Beatles - really nice one however thinking of it I would leave it as last to learn from my quick list as there were some tricky bits and bobs!

Wherever your journey leads you - I am all buckled up!

Thanks Rob, you could call it a mini Diary but could not justify going full Madman as its just practice.
Find the finger really awkward at the moment but I have relatively small hands, which is why I am experimenting with alternatives. I am happy floating but feel the guitar is not settled. Resting on the bridge feel settled but at the moment limits movement (in my mind anyway) so changes dynamics.
So I am literally feeling my way right now.

Thanks for the song recommendation. I played Fast Car going through the old BC and was quite happy with it, so maybe worth a revisit. There are quite a few on the to do list but I have BSB 1 and 2 so should really look at them again for some good practice songs. You can do too much House and Everybody Hurts but Street Spirt is calling again (not touched that in years!).

Thanks for the feedback.

Nice start there Toby, and it will be great to see your progress videos. Agreed with you on the newbie feeling when starting out something new! If you’re taking requests …. How about Dust in the Wind???

Have fun exploring this path, Toby.

I am enjoying more people posting up videos that are very much learning videos rather than whatever we as individuals determine to be “performance level”.

To say “misery loves company” is not quite the right expression, but I do think it is encouraging to see others finding things a challenge … kind of the Community version of the Nitsuj videos.

I wonder what the Reaper and his hourglass touting companion were thinking while they watched you working on this.

As I was watching it reminded me of (another one of) my guitar fantasies viz learning to play Maleguena, after all if it is the first thing that Keef learned …

Look forward to further updates as you keep exploring.

I wonder what the Reaper and his hourglass touting companion were thinking while they watched you working on this.

I suspect it was along the lines of "enough already, give it a break!"

Seriously though I only decided to record the Day 1 to 3 exercises, as I had a fairly fluent run of 4 or 5 loops before hand, after starting to work on the 4th Days exercises. I decided to skip Day 2 for later and quit while I was ahead.

Back in my early BC days I would have shied away from a video recording but it would not have been as easy to set up. With the cameras all in situ for OMs and Chapters takes, its now just a matter of firing up OBS. For this I didn’t even think about a decent audio set up as I had not planned to post. So I just swung the condenser round on the desk boom and made sure it was pointing in the general direction of the sound hole.

But then a huge surge of RBS took over, those, what 2 short minutes, took over an hour to get down. One take Wednesday it weren’t. However, I am still happy to put it out there warts and all and it will be useful to make comparisons down the line.

I also think with so many new folk joining the Community, they may see us folk who’ve been around for a few years as some kind of experts

and maybe feel intimidated, thinking we are all hugely experienced. But hey we all have the same struggles. Its just that we are learning something different.

Guess that is why I always use the term Advanced Beginner over Intermediate, as I am always learning something new and therefore will always be a beginner in that respect.

What Keef says about Maleguene is true and I don’t know if Marco falls into that bracket but I am hoping that learning to switch between chords (even dyads) and melody will hold me in good stead, to take the same approach to Blues Rock fusing rhythm and licks in a Gallagheresque way (not Noel or Liam either!), And when played properly, those exercises all sound lovely, one day I would love to play Cavatina and see this as a doorway to that goal. It ain’t all rock n roll at MMS.

Anyway if it encourages others to share their journey in a similar fashion, that can only be for the good.

Thanks for listening David

Thanks Mari, yes its an odd feeling that I did not expect, when I hit the record button MHEW!.
As for requests, well what do you know DITW was already on the list and I have a good lesson to.
But I am happy to take other suggestions. Picking and singing will be the biggest challenge but its one step at a time at the moment.

Maggie thank you ! It all sounds jolly good and meditative, it just doesn’t feel like it yet ! There will certainly be more and I am hoping once the proficiency steps up, there be a full blown Chapter dedicated to this style.

What Keef says about Maleguene is true

Subsequent to making that comment I found a lesson with a simple breakdown of the notes … seems like maybe I can make fantasy a reality.

on all the rest of your reply. Nothing more for me to say (for a change Thanks for that link Toby. That looks like a Guitar Challenge to take on, add a little extra spice to the play and sing of songs plus bluesy bending and licks.

Good to hear you again Toby

. You are too kind, my recordings are not that beautiful

but happy to see you are still up for the challenge. I really like your videos, they’re showing the truth about the learning process. Some things can be learned relatively fast but some take months or years. Glad about finding another fingerstyle enthusiast on the forum