Pretty simple, cool song. I actually messed up toward the end. I was about to sing the outro, but realized I still had one more chorus left. I think I covered it up well.

Mod Add: note the performance includes a couple of F-bombs as per the original 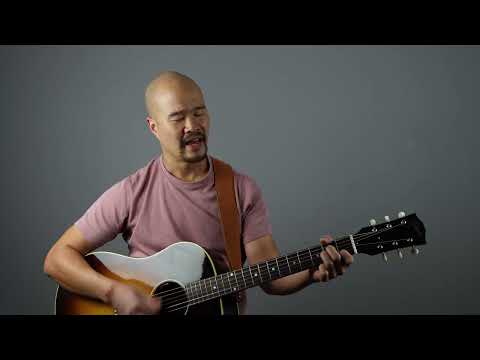 Trying to post a song every week. This is week 3!

I’m loving your weekly posts Joe. Your years of experience playing, performing in the arts is evident and that includes seamlessly playing though oopsie moments. You command your stage.

One thing, I know you know this, check you breath and air flow support. It will help keep your pitch, fill out tones and give you an outro that completes the song. I felt out of breath with you during the last note.

Not sure how the xxxx word will go across. We have a no swear policy here.

A pleasure to listen to. Thanks Joe

A treat as always, Joe.

I’m not sure how you setup to record this. For my taste, I’d have liked the vocal up just a wee bit in level. Not saying there was anything wrong with the way you had it, I heard every word. Just a thought.

You covered up the slip at the end. If you’d said nothing I might not have noticed at all, though I think it was just ever so slightly evident in the vocal delivery of the last line.

I enjoyed the drop down into fry at the end which could have have been a little stronger, held a fraction longer, but maybe that was a shortage of breathe due to the adjustment made.

Loving the regular recordings. As you do this do you have any particular medium terms goals that you are building towards?

Not sure how the xxxx word will go across. We have a no swear policy here.

Thanks for amplifying our etiquette, Maggie.

Joe,
Well done, well play and sung. Kind of a repetitive chord sequence in this song. But none the less, I enjoyed it!

Keep them coming and rock on!
LB

Nice job Joe can’t really fault it was played pretty much identical to the original. I agree with David that on this one bringing the vocal more to the front and are that the prominent feature would probably work better.

Very nice Joe, the quality does show your experience - looking forward to your future weekly updates!
BTW **** (expletives) words are frowned upon as others have said, it’s down to the age group of some of our viewers.

A song a week is a great project aim. In the old incarnation of the forum, we had a regular member Johan do exactly the same. He was at an earlier stage of learning than you are. The progress he made in tackling his project was transformative. It will be interesting to see how you build and improve and push yourself this year from your current position.

We do have an etiquette on obscenity (amongst other things) though it does not extend to censure of a song such as this.

Another great song Joe. A gritty song and you performed it really well.
A song a week that’s quite an undertaking! Good luck.

@Thejoechoi I thought this was superb, Joe. Your playing was faultless and it was a very impassioned vocal. I didn’t know about the no swearing policy but fortunately I don’t think I’ve recorded any covers with expletives

You should replace it with a euphemism like “you’re all flipping peasants as far as I can see” but I don’t think John would have been so kind!
Keep the great covers coming!

As Richard said, and I implied in my add to the main post, the odd expletive in a song like this one, is OK. I added the note to warn people who might not know that is in the lyrics.

The use of expletives among others things is not how we interact with each other here, as outlined in the Community Etiquette post.

That said, I think there are songs out there that would be at odds with our Community etiquette and spirit. Hopefully won’t be called upon not moderate posting of such songs.

Thank-you, Joe. I am really enjoying your weekly posts.

Thank you, Tim! This is a fun one to play.

Justin had a lesson on this. So blame him for the swearing!

I don’t know if I ran out of breath. I might have. I don’t remember! I want to work on that part. I realized I don’t enunciate some of the words like John does. My “to” in “if you want to be a hero” gets muddled. He’s very crisp with those. I picked up some bad California speech habits. I’m very cognizant of those when I record voice over, but need to pay more attention in music I guess.

Justin taught a lesson on this song! He played it with the swear words!

You too man! I got busy this week, seeing your post kicked me into gear. Otherwise I might not have recorded.

Yeah, I don’t know how long I’ll be able to keep it up. But now that I announced it, the pressure is on. Might have to dive into Justin’s lessons and see what I can learn in an hour or two sometimes.

I didn’t realize the swear words would’ve caused so much controversy. John Lennon still shaking things up all these years later.

Funny enough, I was going to put a different song up, but it had too many chord changes and I couldn’t get it ready in time. So I went simple.

I think the guitar got too loud on this one and it drowned out the vocal if anything.

My goal is to just build a solid repertoire of songs. I don’t want to do the guitar player trap of learning the intro and maybe the first verse and moving onto the next. Also work on more challenging stuff as time goes on. I’ve steered clear of songs that I could probably play, but they require some growing pains.