A little message for Bikers

Yep and first decent ride of the year. Life complications has made getting out on my own difficult the last couple years and I can’t get my German Sheppard to ride pillion ! Funny the world actually turned to rats poo after I bought it in Oct 19, the period is now referred to as the curse of the Harley. But after 46 years of riding various bikes it was great to own an HD. Sold four bikes before moving to France bought a new Yam FZ8 in 2012 but it wore my ass out the seat was so hard. Enough was enough so now I have comfort and smiles.

This was mine when I had one, last bike I ever had!
1974 Norton Commando Interstate, magic! 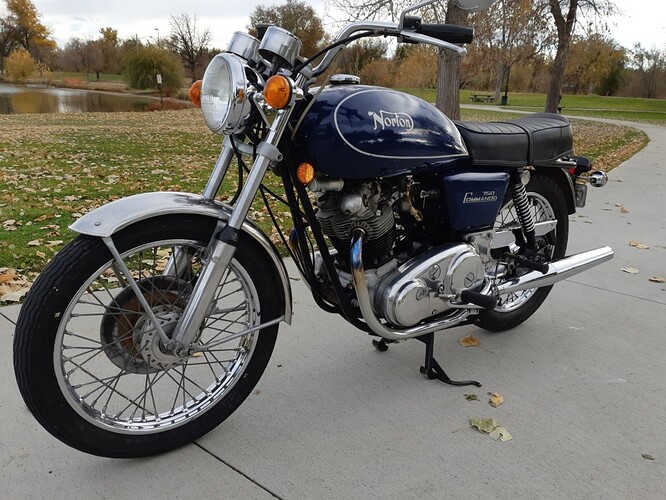 What a beuty Darrell

Glad its sorted Toby and welcome «back»

No surprise that @tRONd has a Harley, dude you have the full Harley look going on!

I used to ride, haven’t had a bike for a while. Still a petrol head though, it’s cars now. Here’s my old bike: 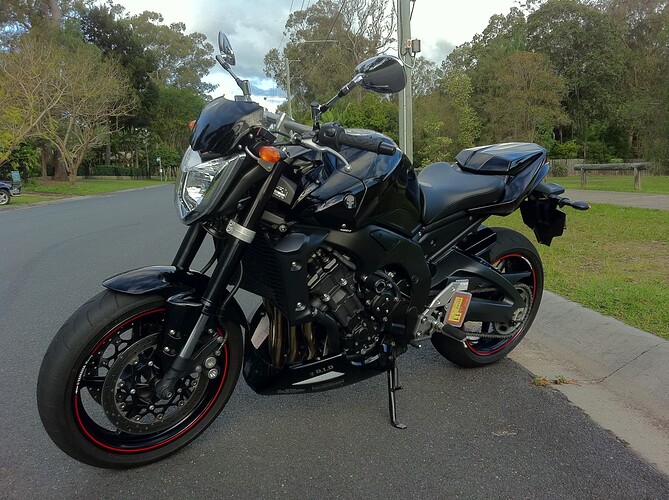 Hahaha, what a beast. Alomst an hp pr. Kilo ratio

My driver licence would be gone long time ago

Like cars too, but im into american classics and they are far too expensive to mess around with here in northern europe. Guess they are pricey down on the australian west coast as well…

its difficult to have control on whats west/east

Classic American muscles are awesome, and yeah they’re super expensive here. Cars in general can cost quite a bit here, one of the few right hand drive nations around.

Same pricewise in my neck of the woods… but you guys at least have Holden, couple of cool ones… they should be close to giveaway price in Australia?

I much prefer early 30’. Model Bs and Tudors. But if you have a 69 SS Camaro going spare I’ll accept it as a gift, as long as its blue !

Way out of my price league but I have set of pictures somewhere which includes Jeff Beck’s 32B which I recall was actually a Jago kit made in the UK.

Hi Toby,
I read that he rebuilt it himself…

Dont even have to be blue, all colors accepted

Think you are right Rogier. Jago used to do a Willys Jeep and 32B Ford kits based VW beetles if my memory serve me right. They were UK based and featured a lot in the Custom Car mags I used to buy in the 70s before I moved on to Back Street Heroes which I subscribed to for a few decades.

Wow! This thread definitely brings back some memories. Back in the day I ran a shop out of my garage, specializing in British Iron. In the early 90s Triumphs, BSAs and Nortons could be found for a song and parts could still be sourced for most. I have owned too many to count, mostly 60s and 70s models, with one '54 650 Triumph and a rat '58. I taught motorcycle safety courses during the same period I had the shop.
Then I went down the rabbit hole of restoring a 1984 Jaguar XJS with that wonderful 12 cyl engine. Rebuilding that engine was trip to the stratosphere compared to the stone simple 2 and 3 cyl bikes. Loved that car. Toured much of the southwest US in it. Set cruise at 110mph and blast accross the Texas panhandle and New Mexico. And it was quiet so I could listen to my music all the while…

Well, I once read or saw this in a documentary about Jeff Beck,…otherwise I can’t add anything to what you all say or are going to say…except "I like very old cars and shiny harley`s or similar engines nice to look at…

On rare hot summery days like today, I look at my Hagström and wonder whether I really should have sold my lovely Vespa to splurge on non-petro-GAS purchases…

Then I remember what British sea breeze did to the undercarriage of my Italian design icon and strum a nice minor progression.
Lovin’ the smutty bike pics though 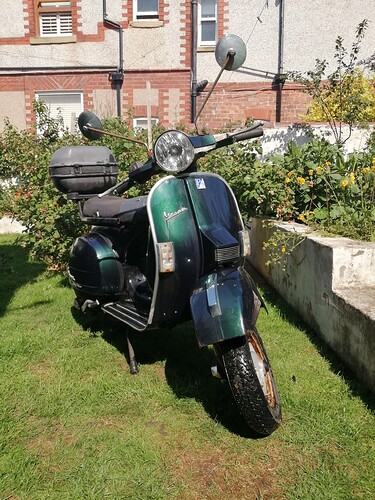 Why does the phrase “Yus mee lay dee” spring to mind when I see one of there ??

Is that Vespa yours Brian??
That is one awsome looking scooter, gotta love the italian scooters. Pure classics!!

My only comment would be it needs more mirrors to be a mod!!!

Oh boy - that has definitely seen some salt-road British winters.
Rust.
And duck tape holding the seat together - love it!