Messing around and came across a really chilled chord.
Fret positions are 3,2,O,O,O,2, giving us G,B,D,G,B,F#.

It’s Gmaj7. You’ve got the G-B-D triad plus the 7th note of the G major scale which is F#.

Thank you!
Of course it’s the 7th - I was wondering what was happening. The Chord identifier shows Gmaj7 in several different ways, but not this one.
Am I just weird finding different ways of playing stuff?

Not really, you’re just finding inversions. You will find lots of chord inversions if you look into Jazz or Prog metal!

I knew this of course, just didn’t want to tell you

Of course you knew Mrs T, your guitar is better than mine, it must have told you

Joe knows everything, you have lots to learn x 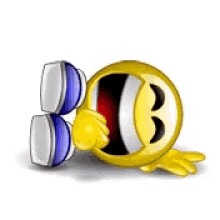 This conversation is going to confuse some people family T.

Well I get confused, so why not everyone else?

For anyone thinking they are entering the nut house (you are correct)
I am Mr T
Mrs T is my Mrs T
and Joe is a rather nice Epiphone Les Paul…That belongs to Mrs T. Named after Joe Bonamassa (the Guitar, Not Mrs T, otherwise it would be called Mrs T

…Mrs T also wants me to name my guitar as well. She proposed Joanne, after Joanne Shaw Taylor just to keep it simple.

I call it ‘that thing with strings’ in the morning, and very imaginatively ‘my guitar’ any other time. It is inferior to Joe, having a few dinged frets and weighing considerably more, but it is also left handed.

Joe knows everything, you have lots to learn

Wow, we are really getting meta here

To tell you the truth, my guitars still know loads more than me.

And just to confuse matters, I wrote the guitar string numbers down incorrectly didn’t I?
Doh!
The order I wrote was 3,2,O,O,O,2. Which is 180 Degrees about face. That will teach me not to think in the morning!

Note to self: Write out 100 times that the skinny string is string 1!

Actually, it was correct before, but it’s usually written without commas:

Just to make it super clear, a well-known chord:

That would imply there is one to sprain

and yes, I knew that x