Hello. I installed the app today for the first time, and it doesn’t appear to work. When I open it, it shows the initial splash screen and stays there forever. I have tried closing the app as well as restarting the phone, both to no avail.

In a couple of occasions, it has eventually moved on to the next screen, the welcome one which appears to have 4 sections, the first titled “Learn guitar from the world’s best”. However the “Next” button on it doesn’t work, so I don’t get to see anything else.

Pablo I found the app is very reliant on a good internet signal….

I believe the app streams all it’s content so your issue might be that your internet connection is poor. For example, I can’t use the app on my wireless network when at the opposite end of my flat, because my router is rubbish and struggles to project a strong signal that far. In the same room as the router, it’s absolutely fine. (It’s also fine when running it via Android emulator on my PC, which is on ethernet.)

Thank you for the replies so far. I can see it needing good signal in order to move on to the second screen (the welcome “Learn guitar from the world’s best” screen). Now I can get there reliably.

However this second screen is not responsive, and pressing the “Next” button does nothing. There’s no feedback of any sort (eg: a change of colour in the button or something to indicate that I have pressed it) and there’s no spinner in the top bar of the phone, which would typically indicate it’s trying to access the Internet.

I have the similar issues on an old Android Tablet, but it works absolutely fine on my newer Android phone. So it could be lack of memory or processing speed on older model phones???

Pablo, I’ve installed on my iPhone 5 but it required an older version to be installed. My current phone is on ios15.5 but the welcome screen you describe doesn’t seem to match the latest version installed:
Splash screen and interface: 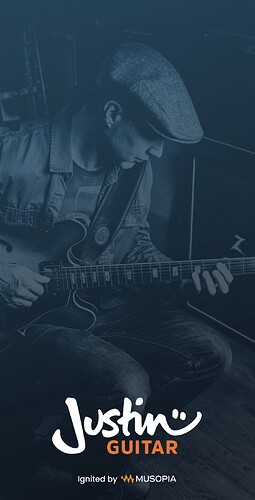 Does the app need updated?

He installed it for the first time two days ago, so it should already be the latest version. Might be worth a reinstall anyway though, just in case anything screwed up during the install.

OK, I reinstalled the app and now it appears to work. For reference, these are the first two screens: 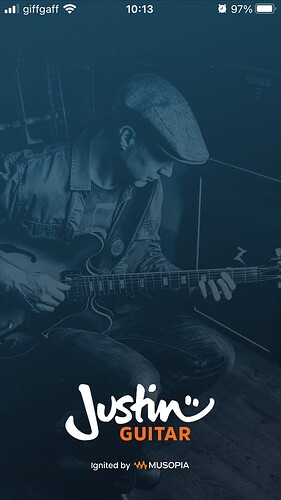 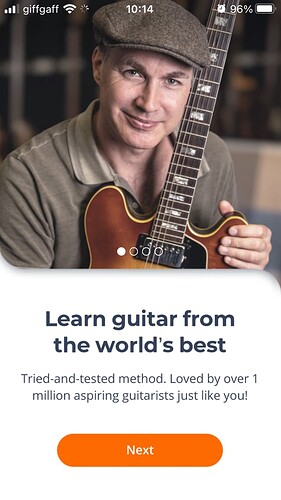 I have the same issue. It worked perfectly until the new updated version. Now it freezes and i have to go into my apps to shut it down. I have good sugnal and a new phone with no issues.

Have you tried a reinstall? It’s surprising how often this fixes issues, though you will lose your playlists unfortunately.

Thanks for the input. I haven’t tried that yet but i will.