How are you supposed to represent bar chords in One Minute Changes app chord diagrams? Can’t draw a line representing a bar, can only show one “dot” per string on diagrams.

Hi Lindell, I don’t have the app so can’t really tell you if there is a way to do it but for simplicity you could always just put the dots on the fretted notes e.g. 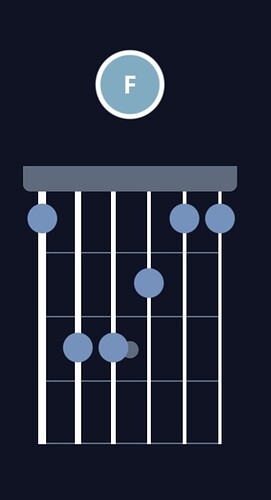 As far as I can tell that’s the only option. Seems to me that being able to properly show bar chords in an app designed for practicing chord changes is a pretty basic function. Thought I must be missing something. Guess not, just a short coming of the app. I’ve just been adding the word “bar” to the chord name for clarification (such as “F bar” or “A mini bar”).

Ross is right, that’s a really common way to show barre chords, so I wouldn’t call it a short coming at all. It seems to be a a choice that the developers made.

Here’s a barre chord diagram from a completely non Justin related book that I have: 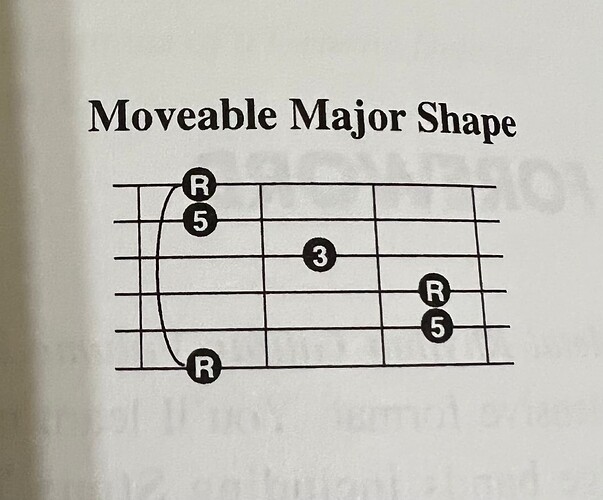 Lindell, I don’t have the App but looking at the picture on the website (below) it appears as if you can place a finger number in the dot. If so, to build on the picture @Socio shared, then as a work around you can add a ‘1’ on each dot of the notes fretted using a first finger barre or when you get to it potentially a ‘3’ for a third (ring) finger mini-barre for an A-shaped barre chord. 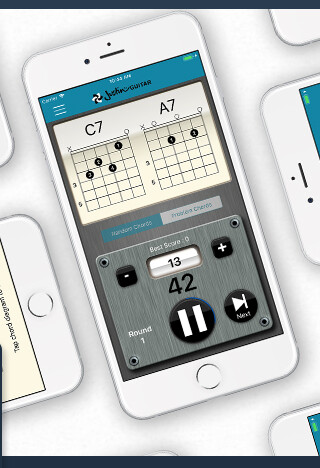 I will forward your comment to the team to consider adding a barre indicator as illustrated in the diagram that @alexisduprey shared. Note that the numbers in the dots in that diagram represent the specific note in the chord, based on chord construction theory.

Another thing to consider could be adding a fret indicator eg to illustrate that for an E-shaped G barre chord the barre would be on fret 3. Though possibly when you reach the point of playing E- and A-shaped barre chords up and down the neck, then you would know the notes on the 5th and 6th string well enough that such a feature may be unnecessary.