I am so not a techie

I am trying to install Tone Studio, I tried probably a couple of years ago and never figured it out. I seem to have the software and drivers installed but when I open the program I get a message to update my Katana amp with the latest system program. 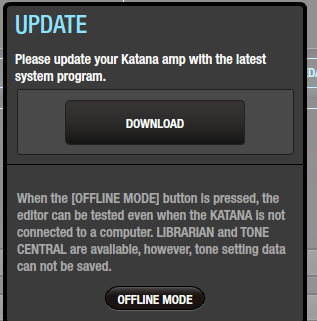 When I click on Download file it takes me to the Katana-50 Updates & Drivers page. When I click on Katana System Program (which I have done 8 times now according to the files in my Downloads directory) the katanarm BIN file looks like a pdf file, and of course it won’t open. In one of the first of the 8 downloads it didn’t have a pdf picture associated with it but my computer didn’t know how to open it so I stupidly left the box ticked for ‘open all files of this type with this’ and then it selected adobe, and of course Adobe won’t open it. However, there was no associated software that would open the BIN file anyway so that I could try to update the system program.

Anyone out there who has an idea on what I should do? Thank you.

Hi Mari the bin file needs to be sort of uploaded into your Katana amp via printer like usb cable, instruction how to do it can be found in the link below. Don’t worry about associating PDF reader with BIN files you won’t be using many of those anymore most probably. If you struggle give me a shout. 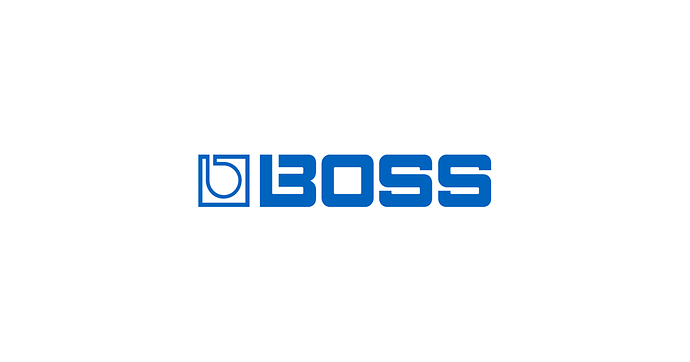 Download the file named “katana2_sys_v110.zip”.
The downloaded file is an archive file in zip format.
Right-click to select Extract All, and then follow the instructions.

Right-click on the “BOSS_KTNMK2” icon in My Computer (or the “Removable Disk (*:)” icon) and execute “Eject.”

Drag the “BOSS_KTNMK2” icon to the Trush icon in the Dock.

omg thank you Adrian. I have a Katana 50 not the 50 MkII but I followed the directions which are similar and got it installed in 5 minutes. I have meetings from 6-9 (it’s 5:25 here now) so I probably won’t be trying it out until tomorrow. Stay tuned, if using the software is anything like installing it (for me!) there may be a few more curses tomorrow …

Glad you fixed it Mary, I have the katana too so if you encounter any other problem I’ll try to help out.

if using the software is anything like installing it (for me!) there may be a few more curses tomorrow …

I hear you sister

Yes, the firmware update procedure for Boss products is rather clunky.

There aren’t that many steps, and they aren’t particularly difficult, but they do need to be followed quite carefully.

My suggestion is to print them out, and then tick off/cross out each step as you have done it.

Well this is great software. I figured out how to import patches so I have Justin’s Kleen Start imported, and 1 of the groups of patches from the Boss website. I need to play around and get and/or modify some that I like, and then figure out how to leave my faves on the channels so I don’t have to have the amp plugged into my computer. It’s looking promising though!

I have been using an android app called “Katana Librarian”. I find it easier to use. If you have an android device, it is worth checking out. You can import presets to that as well.

I have some nice clean ones I have made. One using the clean channel, one using compression and one using crunch. I can send them out by email, but I have the mkii and am not sure if they would work.

I can also just tell you the settings if you are interested. They a really just starting points anyway.

Justin’s “Clean Start” has a lot of reverb which he loves, but I don’t.

@Jamolay that would be great, sure, I am more looking for faves than trying to create faves! Try sending the tsl files and I will let you know if I can open them. I will PM my email

@Mari63
Last night didn’t go as planned, so I will try the email tonight after work!

@Jamolay No worries Joshua, whenever you get to it. I got some patches uploaded yesterday, and figured a few things out, such an amazing amp!

It is a fun toy!
I tend to like cleaner tones and find that many of the downloadable patches (and there are lots online) including the ones Justin provides, all are about too much for me in some department.

For clean tones, lower gain (less than 20) helps and really dialing down the mods and fx is really nice. Then if you like more, it is easy to add.

I would say it’s always best, when trying to create a sound you like with these sort of systems, to turn off the effects completely to start with.

Then mess with the amp type, gain, and EQ to get a basic foundation tone.

You may also want to explore gain pedals of various types. These can be applied to any of the amp settings, but I would suggest using them on the Clean amp setting to start with.

You can use clean amp with a gain pedal instead of the Crunch or Lead amp settings if you want. This will give you a different flavour of tone (and there’s lots of options to choose from). For instance, try a clean amp with a GUVNR to get a more marshally sound.

When you are happy with that, then I would suggest adding reverb next as it’s one of the most useful, and used, effect. Experiment with the different options and settings until you find something you like.

That may be as far as you want to go, but if you want some compression, that’s where I would explore next (it might be best to explore this without reverb turned on to start with).

In general, aim to start with a known baseline sound and then explore effects one at a time.

Thanks for the input, Keith. I was just been having fun playing around on my amp, searching for the perfect tone for something. All was going well until I switched from 1 setting to another and just about blew my eardrums out. Lesson learned I hope. I will start trying to build up something from scratch next time (or from Justin’s KleenStart patch).

Re: @Mari63 “…just about blew my eardrums out.”. Yup, been there with the factory presets.
Initially I just turned down the volume on all 4 presets. Over time I’ve changed them to the things I use.

I find so many of the presets are really so loud with high gain and distorting mods and fx that I have no interest in them. Even Justin’s clean patch is so heavy in reverb I find it unusable.

I have made my own clean patches. So far I have used the clean, acoustic and crunch with very low gain, as low as I can get and have a enough volume, like 15-20. Then I am experimenting with just light mods and fx, like Blues boost, reverb and so on, in relative isolation. I can get fancy in the future if I want, but my goal isn’t hard rock or metal.

A reminder that, if you have a K100 you can get the GA-FC which lets you turn on/off individual effects with foot switches. This means you can often reduce the number of different patches needed.

But if you have a K50, you can’t use the GA-FC, which means you could only get a simple footswitch to switch between patches.

That was the case until recently. Now you can get an Airstep Kat edition: I have a foot switch that switches between channels, I will have to check out this Airstep Kat edition. I’m slow on technology, but I’ll get there.

I am so not ready for a foot switch. A long way from needing to change settings on the fly. A loooong way.