Can one have too much GAS?

Despite what some say, I think you can have excess GAS:

Volusia County deputies are looking for a man accused of using a 78-year-old woman’s credit card to purchase around $17,000 worth of items for himself. 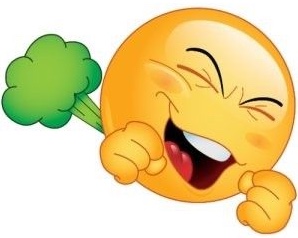 “You cant play them all at once!”

No but you can rotate them on a daily basis.

Steve Vai came up with a way to solve that problem. Turns out you CAN play everything at once… with a “little” practise That Steve Vai vixeo … it’s okay I guess.
But, no uke!

Steve Vai came up with a way to solve that problem

John Paul Jones and Jimmy Page figures 3 instruments would be even better. 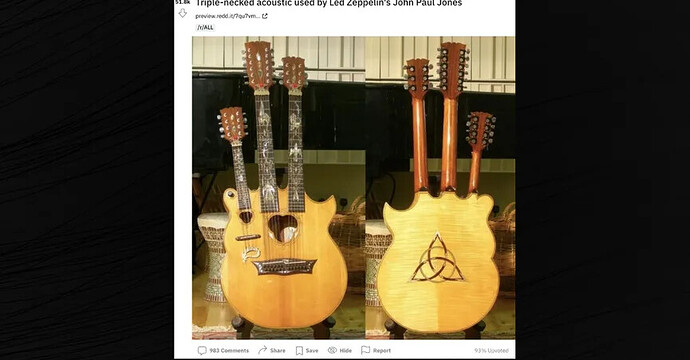 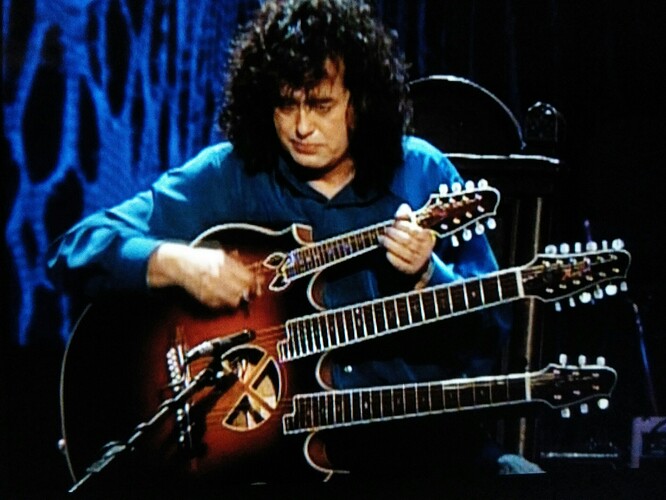 Multi neck guitars are not new, but they are mostly played as separate single instruments

Vai has taken this to an incredible new level

Curiosity got the better of me. A marvel of engineering, a superb display of technical virtuosity, and just watching the side show of producing the music on that instrument, kept me engaged for almost the whole video. If I’d been listening on SoundCloud, I’d have skipped on a lot sooner.

Each to his own, but this sort of thing doesn’t do much for me.

Ironically this morning I watched a vlog episode my brother posted about appreciating the beauty in chess. I can appreciate Vai’s mastery of the instrument, but don’t find appeal in the music. May well be just beyond my ability to fully appreciate it? A more simple meat, potatoes and two veg man than the fanciest nouvelle cousine

I’m not the biggest Vai fan myself (although I do like a handful of his songs).

But this particular piece - even disregarding the tune itself - take a moment to consider the complexity of even composing something like this. A musical puzzle of picked notes, strums, fretless bass notes, hammer-ons and pulloffs. Remember that at no time can two picked notes occur at the same time on the sheet.

Then go on to memorize and perform it….