Hey, guys. I know that to play an E power chord, you barre the 2nd fret on the 5th (and possibly 4th) string. I find it difficult to change from that shape to, say, an F# power chord where the root is on string 6. Am I over thinking it? Is there a practice I could do to make that change less awkward to do, or do I just need to slow down and do one-minute changes until it comes naturally?

Slow down and do one min changes, simple as that. So as to not get super bored doing changes try this exercise from Troy Stetina’s Metal Rhythm guitar volume 1:

If you enjoy it I suggest you buy his book cause it’s filled with exercises like that.

Do it in time with a metronome to really get the most out of it.

Just practice. And there are a few different fingerings you could try for E5: barre, fingers 1&2, or fingers 2&3 (like transition from E to Em).

According to this lesson a E5 power chord is played on the 7th fret.Power Chords | JustinGuitar.com 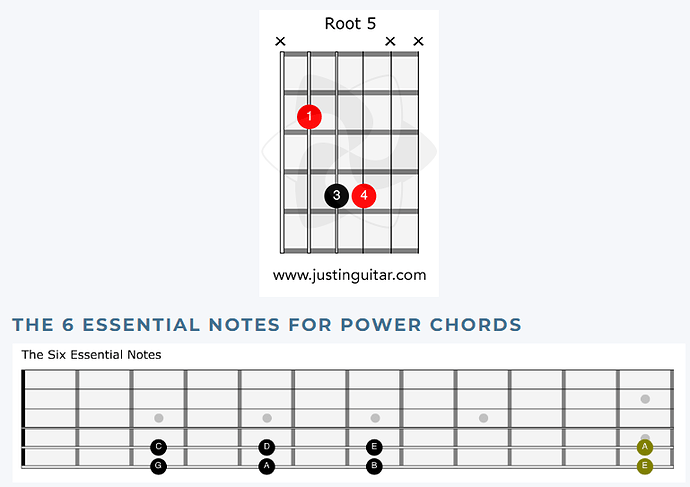 How come you can play the E5 power chord on the second fret?

How come you can play the E5 power chord on the second fret?

Check out this lesson 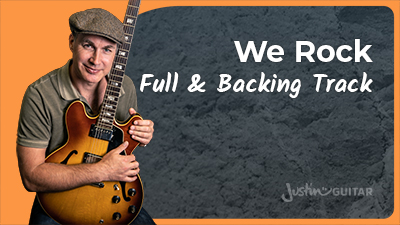 That would be it then. Haven’t got that far and didn’t know the lessons existed. No wonder it gets confusing with so many ways of doing things!

For easy changes, why don’t you try fretting the notes on the 4th and 5th strings with fingers 3 and 4? That way it’s just a matter of sliding up to the next chord and fret the root not with finger 1.

They’re both E5 chords, but the one with the root note on the 7th fret, although having the same notes as the other one, those notes are one octave higher than the ones in the other position.