Do crooked fingers cause insolvable problems for the future

Hi everybody!
I introduced myself a few days ago in this community. I’m Andrea, 53, I started to play guitar with a steel string 4 1/2 months ago and I’m in the consolidation process of Beginner Grade 1 at the moment.
Due to an old injury, my 3rd finger of the fretting hand isn’t straight, as you can see at the pictures attached to this post. Also, my 4th finger has got a rotation to the inside space of my palm. Hard to describe. Just look at the pictures. If I flex my fingers, it’s impossible for me to get the fingertips in a precise row and it’s not always possible to put only the fingertips onto the strings, because fingers, especially the 4th, are “laying” a little bit on the strings. So far, this affected my progression not as bad as I expected. I’m able to play all basic chords accurately. Had a little fight with the Dm Chord for weeks, but it’s working pretty good now.
So, my question is: does this cause considerable problems in the future? Will this stop me at a point of the guitar journey? This would be desastrous for me, because I love this new hobby so much

Can’t believe, that all of this rough men out there in the music scene have perfect hands?
Anybody in this community who has the same problem?
I’m looking forward to get some feedback!
Have a nice Sunday! 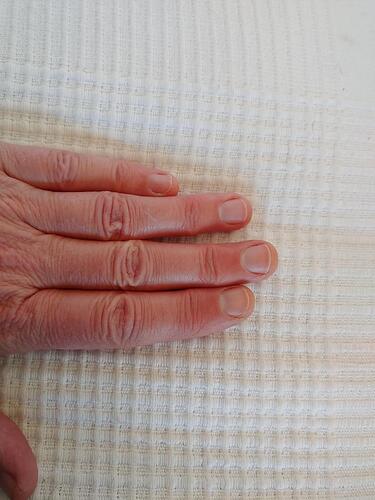 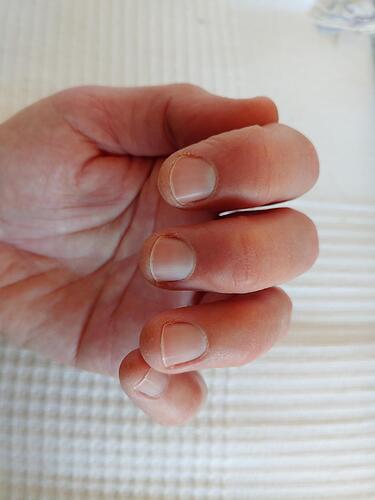 I’m sorry to read about the aftermath of your injury. I’m not an expert in physiotherapy and how the effects of these handicaps can be minimized, but here are three people who also suffered an accident that had a lasting effect on their playing style: Jean Reinhardt (23 January 1910 – 16 May 1953), known by his Romani nickname Django (French: [dʒãŋɡo ʁɛjnaʁt] or [dʒɑ̃ɡo ʁenɑʁt]), was a Belgian-born Romani-French jazz guitarist and composer. He was one of the first major jazz talents to emerge in Europe and has been hailed as one of its most significant exponents. With violinist Stéphane Grappelli, Reinhardt formed the Paris-based Quintette du Hot Club de France in 1934. The group was among the first to play jazz that featured the guitar as ... 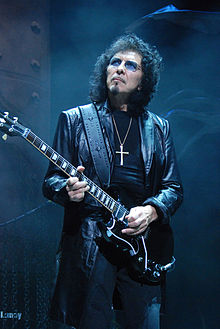 Anthony Frank Iommi (/aɪˈoʊmi/; born 19 February 1948) is a British guitarist. He was the guitarist, co-founder and leader of heavy metal band Black Sabbath, and was the band's primary composer and sole continuous member for nearly five decades. Iommi was ranked number 25 in Rolling Stone magazine's list of the "100 Greatest Guitarists of All Time". On his last day of work in a sheet metal factory, as a teenager, Iommi lost the tips of the middle and ring fingers of his right hand in an accid... 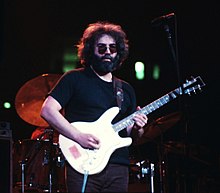 Jerome John Garcia (August 1, 1942 – August 9, 1995) was an American guitarist, singer and songwriter, best known for being a principal songwriter, the lead guitarist and a vocalist with the rock band the Grateful Dead, of which he was a founding member and which came to prominence during the counterculture of the 1960s. Although he disavowed the role, Garcia was viewed by many as the leader of the band. As one of its founders, Garcia performed with the Grateful Dead for their entire 30-year c...

They had parts of the fingers on their fretting hands missing (Garcia on his picking hand), and that didn’t stop them from carrying on and adapting their technique to their injuries.

So don’t give up. As you mentioned, the Dm chord already sounds better than a few weeks ago.

Hello Helen! I too struggle with using my fingertips on certain chords so, without knowing any better at the time of learning that chord, I would just move my fingers accordingly until the chord sounded right. For example, when playing the C chord on fingers 2 and 3 I have to roll them to one side in order to make the stretch between the 2nd and 3rd frets. I also just had an issue where I realized that I had been using a different fingering for the E chord for months. Nothing wrong with the chord sound at all and no issues with chord changes. What I was doing worked and I was reassured by members of this community that there was nothing “wrong” about this. This made me realize that there is no “correct” way to use our hands to make the chords, we just find our own ways of working with we have. Keep up the journey!

Thank you @kdickson519 @Jozsef for your replies. They give me hope to manage this physical limitations for the upcoming challenges…

Hi @Helen0609! My right ring finger is a little funky after an injury from grappling practice. I play fingerstyle so that’s my picking hand - it doesn’t feel great using it so I try to avoid it when I can, but it’s worked fine so far. As others have pointed out already there have been real legends who didn’t let their limitations stop them so you’ll be fine no worries! 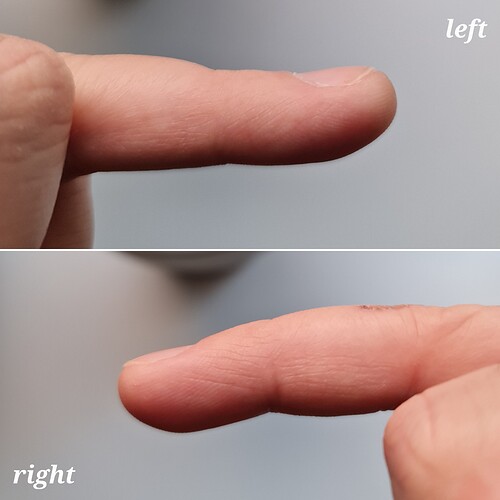 I would guess that you will find ways to adapt if you stick with it. You’ve made progress on the Dm because of two things (I’m guessing): 1) you didn’t quit trying, 2) with cumulative practice time, your fingers have gotten stronger and more flexible at the same time. Even when you aren’t actually practicing that particular Dm chord, everything you are doing is increasing your strength and dexterity.

As long as you are not re-injuring yourself, this seems like it would be great physical therapy.

Right Dave, I’m definitly determined to make it, even if it’s sometimes hard. I told myself for years that this fingers maybe would be a problem. So, at the end, I decided to give it a chance. And this is working quite good for the moment (after 10.000’s of chord changes

). Hope the upcoming chords will be practicable as well.

I don’t think so. As others have pointed out many prominent players had hand injuries. Trace Adkins lost his pinky and had it sewed back on just so he could play guitar again. So just keep going! People have come back from worse!

Thank you for your reply! I just have to try…

So, my question is: does this cause considerable problems in the future?

Nah, I doubt it. Many, many beginners worry that there’s something with their hands or fingers that puts them at a major disadvantage. And it’s all over the map: fingers too short, too fat, too crooked, hands too big, hands too small, et cetera. In almost all cases these are not major issues. While there is probably a set of parameters that are “perfect guitar player hands and fingers,” the vast majority of players, including pros and famous/great guitarists, don’t have hands with that “ideal” set of parameters. And they do just fine. Everyone has slightly different hands and fingers, and everyone adjusts to make it work for them.

FWIW, my fingers are slightly crooked too, and I wish my pinky was longer. It doesn’t need to hold you back. Like you said, you just need to work it at. It can be difficult in the beginning, but you get there.

Helen…I agree absolutely with JWCs comments .I started playing again last year after a 30 yr layoff…I’m 80 yrs old so my fingers needed a lot of “loosening up” at the beginning before I began to feel comfortable. The main thing is that as you say you really enjoy playing…this will get you through any problems you may encounter.As the saying goes “Where there’s a will there’s a way.” Best wishes for your progress.

I think a trap we can get into as beginners is that guitar playing has to be a “certain way”.

It makes sense to try to start learning using tried and true techniques, standards and forms.

But the reality is that all a guitar is is a musical instrument, a tool to make music and (hopefully someday) pleasing sounds.

You can really do this any way that works for you. One of the things I appreciate about Justin, as well as the knowledgeable members of his team and this forum is the attitude that really expresses just this.

“If it sounds good, it is good”

There is an emphasis on hearing and feeling the music and the instrument and seeing what works, rather than any rigid form.

Guidance and a good starting point is important for avoiding short and long term injury, efficiency and, of course, learning what has worked for others in the past.

But, heck, you can find a you tube video of a guy playing better than I may ever play using his feet!

Thank you all for your advice and support. I know, that It’ll be sometimes maybe a little bit harder, but till now, it worked better than I thought. I was wondering, if maybe, there is a certain point, where problems are predestined. I’m spending a lot of time in practising, and I saw, by checking out Beginner Grade 2, that there are lot of different varieties to play chords, so there will be a way to handle this in the future.

It’s a case of working out what is best for you - my ring finger on the fretting hand busted a few years back, so the tip curves up.
It means that putting the tip down on some strings is, well, interesting to say the least, but I just have to go with the flow and see what I can do.

Keep up the good work

I know, that It’ll be sometimes maybe a little bit harder

Andrea you can see there are many who have adapted to challenges with their hands.

I’d encourage you to change your mind set. Predestine yourself differently.

Rather than feeling limited by what you have, try exploring the possibilities your hands have. I’d also encourage you to look for the pleasure in what you’re doing rather than trying harder. That can cause tension which will hold you back and ironically, make things harder.

Such a positive attitude, and such a way with words. Keep being you, Maggie!

@batwoman Hi, Maggie, sorry, for not answering earlier, this week was really demanding. Thank you so much for this inspiring words, I’m really touched how much personal time members of this community give into the support of other members. Thank you for that. To be not misunderstood: I don’t feel limitated by now and I enjoy (almost

) every minute with my guitar, so for me, the journey is the reward (how do you say that in English?). Participating in this learning process for me has become a very enriching part of my spare time. For my whole life, I did a lot of sports and other activities and playing guitar adds also something very precious to my life.
So I’ll keep going on anyway… let’s see what’s coming up in the future!

the journey is the reward (how do you say that in English?).

You’ve said that perfectly Andrea. I share your feelings about the preciousness of learning and playing guitar and being part of this community.