Do I need an amp, pedals or software?

Despite having 2 electric guitars for years I barely picked them up. That has changed since I’ve just got a bass. Playing it daily flicked an internal switch and I’m also playing the dot 335 epi daily as well. Given the heavier gauge strings and their wider spacing it’s understandable how awkward the bass feels to play. Not so understandable to me is how awkward I’m finding playing the epi, relative to my acoustic. When I pick that up it feels just right! Sorry, long way round to my question: for the epi I want some options to add some appropriate fx. Whilst I don’t need this for the bass yet I want it for the epi, which I’m starting to use with a few other players and I want to get a more realistic sound on the songs we’re practicing. I have A Roland Street Cube but this has limited capability fx wise. I really don’t know where to start.
Edit: perhaps I should start with some study. Any good guides out there? Has Justin any videos? I’ll take a look. 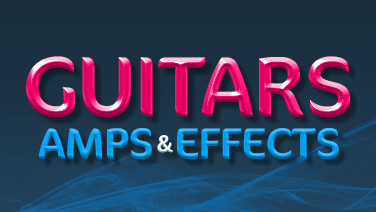 I'm revamping this section at the moment - lots of awesome stuff on the way :) Just added a cool Tonepedia tool where you can try out different effects and explore ...

Justin has some info , here and in a few other places.

Technically you can have any 1 of amp, pedals or software. Theres so many options.

Any software will need an audio interface, these can be cheapish (I use a rockstar cable) or not so much (scarlet things etc). The software is wide and varied also from free to expensive.

A pedal can be a multi effex unit with looper and amp/cab sim and you can plug into headphones , often these will have an AI built in to connect to PC.

An amp can be old school valve/transistor or a more modern modelling amp like the katana or fender mustangs.

or you can use a small headphone amp/sim thing, so many choices really depends what you want

I started out with one of these John 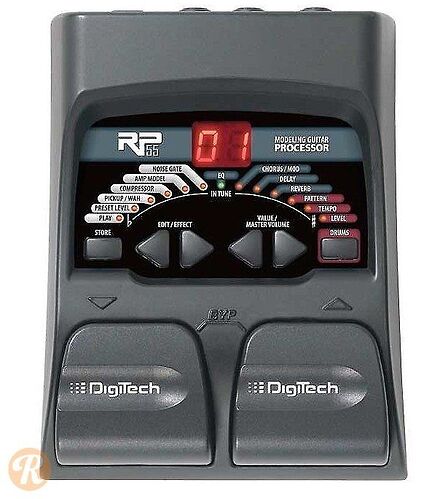 And since have bought an amp and a few pedals. I know that there a lot of advocates for software plugins on here….

An FX pedal will give you a flavour of a few different amp types and effects pedals all in one. It will run off batteries so you can take it with you and you can plug headphones straight into it. The output will go straight into your cube.

I guess if you already have a decent laptop and interface the software route may suit you better.

For a general craic around tone and pedals check out Mick and Dan on YouTube - although they do tend to like the expensive stuff, they know a lot about tone

I get the impression that your first issue is trying to understand what is available in terms of amp and effects and how you can use them to create different tones.

In this respect, IMO a multifx unit is hard to beat as it will give you a bunch of amp models and effects in one box. The trick with such tools is to use them to learn how different effects and amp models/controls work to affect the tone, rather than blindly using presets.

Of course, a multifx unit has to plug into something so you can hear it. You can use headphones or an amp set on a neutral/clean setting.

A similar option is to buy an amp with built-in effects, but you already have the Street Cube which you could use with a multifx unit if you want to go further than the Street Cube alone.

But to get an idea of what the various controls and effects do, I would recommend starting with Justin’s videos linked above by @RobDickinson

The That Pedal Show videos are good, but they tend to be aimed at advanced users who probably know a lot about pedals already. They are also a bit of a rabbit-hole.

If you want the basics, Justin’s videos are a better place to start.

John, in terms of the Roland Street, it has a few basics as you say.
What are you thinking that you are missing out on?

Do you need more volume per se?
Or a greater range of fx options?
Or both these?
Or more fx and the ability to easily change from one sound to another (say with a foot pedal one press type move)?

Yes, I have a Scarlett I use for recording.

You could try PC based modelling then.

The one I’ve used the most is ToneLib, which is inexpensive, has a 30 day trial, and comes with some nice practice tools. 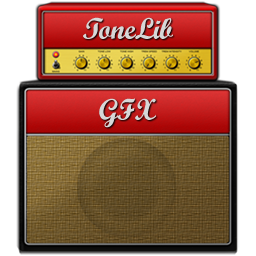 TL GFX is a complete guitar studio, which combines extensive guitar tone design capability with all the tools you need to practice and compose routines.

I get the impression that your first issue is trying to understand what is available in terms of amp and effects and how you can use them to create different tones.

Yes, I think this is what I’m saying.

What are you thinking that you are missing out on?

This clarifies my thinking somewhat. Only been about 10 sessions learning 2 songs but I find trying to achieve a sound I think is like the recording difficult on the Cube and clunky to use. But you have put it in my mind that I should really just have a session, or more, exploring its capabilities before looking at anything else.

And if I understood correctly, John, the context of this is playing songs live with friends. If so then all the suggestions to use software modelling in a DAW or a standalone simulator are not applicable. Those might be helpful if you wanted to play electric at an OM but I doubt you’d want to take a laptop to a session with your friends.

I don’t know much about a Street Cube. Assuming what I just read is about your amp then it appears that the Street Cube is a modelling amp that offers you some built-in fx plus different amp voicings from clean to higher gain options.

So first up may be just to dig in and explore the capabilities of the amp. I also noticed that it can be controlled with a foot switch which would allow some flexibility during a song, such as kicking in an effect in the song chorus.

If I have got all that wrong and the amp you have is a straightforward solid state amp with maybe just gain and volume (gain controls how you drive the preamp and will shape a clean tone to driving harder and getting some breakup/distortion, volume controls the loudness of the output) plus some EQ then you have less options to play with. You would still be able to generate a variety of tones working with the amp’s gain and volume plus your guitars volume and tone controls.

If it is the latter then in time what is probably be best way to get started is with a multi-fx unit, as others suggested. Of course they vary in quality, capability and price but shouldn’t be viewed as a sub-standard option compared to setting up a pedal board with individual selected pedals. Within the Community, I know Jason uses only a multi-fx when gigging, and I think the same goes for Kasper. Some may say, that the flexibility and convenience of a single unit makes it the better way to go.

Hope that helps and invite any6body to jump in a correct me should I be talking nonsense.

Justin also has a new Grade 3 lesson on amps and tone:

Understand your amp and the best settings for the perfect guitar tone.

I have an old Micro Cube, which is a very early version of the Cube series, that I occasionally plug my acoustic into and dabble with. But it seems quite similar to your Cube Street.

I find it’s amp modeling is the easiest way to experiment with various distorted tones.

The other effects are more limited, typically only allowing you to vary a single parameter.

Either with bias fx2 on the pc or my fender Mustang gtx.

Want to play a song, want that sound. It’s a fee seconds to find it usually and off you go.

Love this aspect of today’s processing

You wanna be a better carpenter? Get the tools and the skills. You want to be a better playa? Same thing. Get a good DAW with good amp sims, get a good modeling amp with good FX, and get a good tube amp and build out a decent pedal board. Is this realistic for everyone? Probably not. You don’t have to build Rome in a day. Get a good modeling amp for starters and then build out the rest of your tools/skills from there.

The software might be a really good option for getting to grips with what various amps, cabs and effect pedals sounds like… which eventually will make it easier to make an informed decision about what physical gear you really need for the tones you like in a real-world jamming scenario. I can recommend it… many options these days. When I started out playing around with software I was using something called GuitarRig - these days I prefer something called “Helix Native”, which is basically a Line6 Helix in plugin form. That’s been very practical for me, since I actually use the Helix hardware with the band…

What are you thinking that you are missing out on?

Thanks to everybody for their suggestions. I have lots of leads to follow but firstly @Richard_close2u remark had me spending a bit of time yesterday with the Cube street. It’s fair to say that I had overlooked what it could do for me in the short term and I’ll work with it for now while learning what’s out there. Reminded by @DavidP there is a foot switch capability which I think is probably a must. I’ll see what it’ll do for me. One outstandingly annoying feature is the volume switch in the main guitar panel goes from zero to much too loud (in my home) with such a small rotation it is hard to set.

Sounds like a good plan John.
As regards the amps volume being all or nothing, try setting it to all and making full use of the fact your Epiphone Dot has two volume controls.
You can have both pickups set to a volume below 10.
Or, with a 3-way toggle and a dual pickup you can have one pickup (say the neck) set very low volume, and the other (the bridge) set higher. For quiet play go to neck. For medium go to both, For louder go to bridge.
And for all it may seem alien at first, try to make a conscious effort to see the volume controls as simple rotating tools right at your fingertips that you can use any time, lots of times as and when you are playing.

Justin seem pretty enthusiastic about the Katana. It has lots of effects built into the amp.

This is the first video he made a few years ago: He made several follow ups videos too. I bought the 50 W model (which has a switch for 25W and 0.5W). This is my first amp, so I have no reference for the quality of the sound.

And for all it may seem alien at first, try to make a conscious effort to see the volume controls as simple rotating tools right at your fingertips that you can use any time, lots of times as and when you are playing.

Haha well said, you can control a lot from just on the guitar