Welcome to the Guitar Challenges. Each ‘challenge’ is basically an open invitation to anyone and everyone to play a song, an improvisation, a study-piece etc and post a recording – just for the fun of it.

So, whether you are a relative beginner learning the basic chords and strumming pattern of a song, a more experienced player adding a little fancy fretwork, if you want to do a little finger-picking, or you want to sing and play at the same time … you can join in with these challenges.

If you do want some constructive advice and feedback on your playing then that is cool. Just ask. Otherwise this is all about positivity, encouragement and having a go.

This challenge is all about playing some improvisation over Justin’s G Major Acoustic Pop backing track. It is track 1 on the Jam Major Vol.1 here: Jam Major Vol. I: Guitar – JustinGuitar Jams

These first posts are collected from the original Forum and were posted between April 2011 to November 2018.

Hi, currently I finish my practice session with 5’ jam, so this is what came out from it, first take.

Stream GMajorImprov by MrJackRozz | Listen online for free on SoundCloud

Here’s my shot at it. I fumble fingered a few times and hit a few bad notes. This was my first time recording an improv on video.

Well… Here’s my take on it. I’ve been working my way through master the major scale so I’ve tried to apply the things I’ve picked up from there (not always successfully).

Well, here goes with my first attempt! Nothing too complex here, a few bum notes here and there, but find it really interesting what different people come up with!

Here is my one-take recording over the G Major Backing Track.

Here is mine…Hope to get some useful tips.

Hello there! Here’s my impro in G major. When I ran out of ideas I moved into major pentatonic

OK I confess that I studied the track carefully so I knew what the progressions and structure was, to support listening to stay on track. Then I did try the “adventurous” approach to use the G maj, Em pentatonic and C lydian scales and 4 positions used.

Stream Gmajor by Tony3033 | Listen online for free on SoundCloud

Another shot at this G major with less mistakes

Took 6 goes to get it this far, was the best take so mind your ears.

It is approaching ten years ago that I immersed myself in the CAGED patterns of the G major scale and came up with this one-take improv: 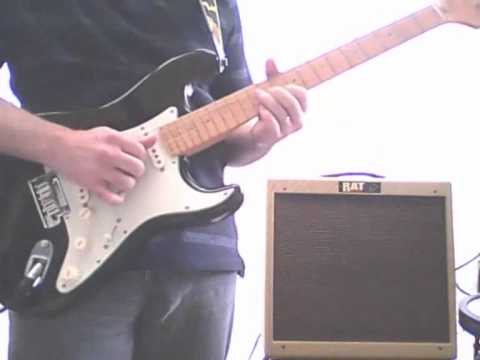 Today I’ve been tinkering with the USB gain setting on my combo amp as advised in another thread, then I found this guitar challenge. Here’s what I came up with:

Listening to it now, I think I should have played more sparingly, but I had some fun ideas towards the end. I’ll definitely make more attempts at it.

I enjoyed that, Jozsef. Sounded good, the melodic ideas and your guitar tone.

At first I tried it with a bit of delay added to the tone but that clashed with the backing track, so I settled on this one.

Was really cool Jozsef as David said some nice melodic sequences, it was a very nice improv

You are doing well Jozsef, some good tones and little runs going on here. Had to smile as soon as the first few bars of the BT opened, memories of early mashed up impros when I started the IM a good few years back. Thanks for sharing.

Nicely played, Jozsef. It’s great fun to start playing along with backing tracks. I’m still at the ‘starting to’ stage, but I really enjoyed yours. It was melodically interesting, with some repetition as well. Great to hear you playing.