I’m relatively new to writing musical notation and struggle a bit with guitar pro 7.
I’m trying to make some reggae backing drum tracks and cant seem to figure out how to write the rhythm correctly for 16th notes. The only way I was able to match the rhythm on the video was making the a dotted 8th note followed by a 16th note. in the video they don’t use a dot after the 8th. Is this the only way to write the 16th note in guitar pro to skip the ‘e’ ‘- &’ and hit the ‘a’? Bellow is what I have in guitar pro.

I just want to know if its assumed in the video the first 8th note is dotted or there is another way to write the beat in the program.
Thanks!

I think it is because in notation software (like Guitar Pro or MuseScore etc) you need to account for each beat either with a note or a rest. Otherwise the software (or musician) doesn’t know which beat the note falls on.

This is different to in a sequencer or in midi where each note is already of the same length on a fixed grid already and you can just ‘paint’ in where you want the notes. I would assume that drum notation software behaves more like this (grid based).

I assume you want the drums in Guitar Pro to play along to rather than to notate for a drummer? As such - the rhythm would be different with or without the dot (or rest). If I don’t put the dot or rest I get an error that the bar is too short (ie - all the notes don’t add up to 4/4 as it is two 1/16 notes short).

Given the drum samples are fixed lengths that play on a note - other than aesthetically - it looks like you’ve captured the rhythm.

That at least is my understanding, apologies if that’s not the case! 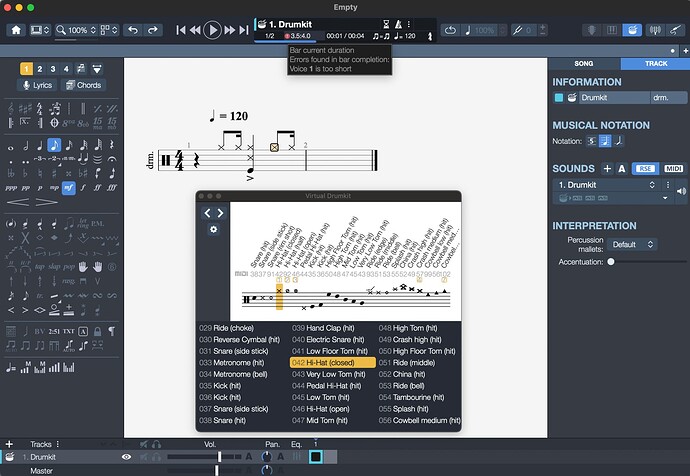 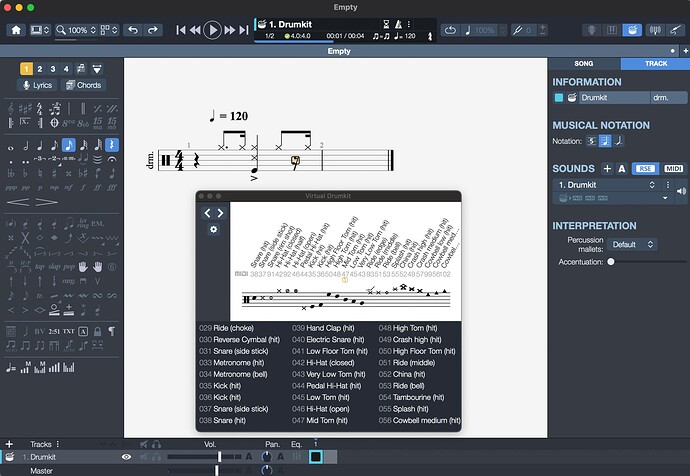 Thanks Grayal,
Cool, I’m happy to used the dotted notation, just wanted to make sure there isn’t something I’m missing in guitar pro.

I am using the drums just to play guitar over and also just to write better guitar rhythm in general. I was getting that same error on my end which let me to this whole post as I was confused by the notation from the video.

I just bought justin’s rhythm reading book, which seems to always use doted notes. It’s interesting seeing other transcribed music sheets that don’t have the dot in the the more complex 16th notes.