Hallelujah by Leonard Cohen count in

In a recent update the count in for this song was changed from a 6 count to a 1…2…
This makes it much harder to start with the correct timing (at least for a beginner like me!) is there a particular reason behind this change?

Hi Richard, I just took a look at it on the app. To me it counts in 6 and shows the accented beats on 1 & 4 but the app has the number 2 instead of 4.

Aligning what you say does that mean for this count:

It shows this count:

That’s helpful and useful for others users hopefully.

Does that help sort things out for you?
Cheers
Richard

but do you hear the 6 clicks? maybe I can try reinstalling the app because mine has only two beats, on the one and on the 2 (which is actually 4) 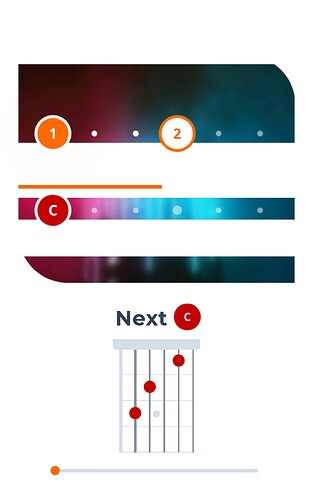 I’ve just opened up the app to have a go at playing the song fingerstyle along with the backing track. In the count in the app gives you two strong clicks for the accented beats 1 and 4 (albeit app shows number 2). Then for the final beats 5 and 6 the app gives a softer click. It would have been better if there was a soft click for beats 2 and 3 as well. However, the strong click on beat 4 and softer clicks on beats 5 and 6 were enough to be in time with the backing track. Though, I can understand that it may throw people off with timing at first until they figure out the count in.