Holiday essentials for a guitarist

I am not able to take my guitar on holiday, so this is what I am taking in the hope I bump into a guitar that needs playing. 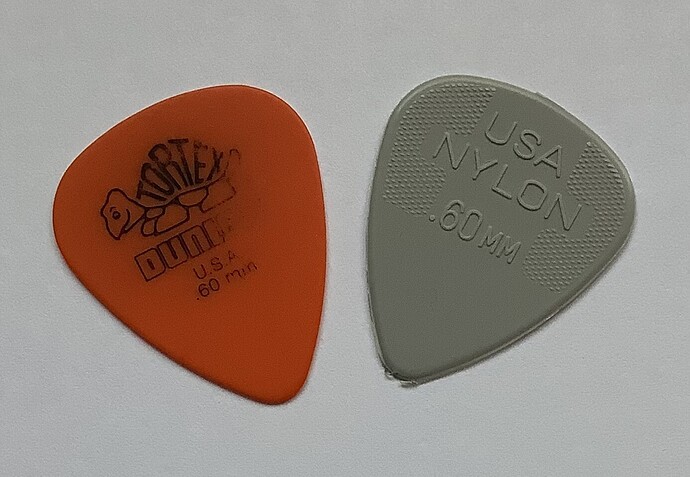 Any suggestions what else is needed, has to go in a suitcase and not too noticeable to the family!!!

A phone app with a tuner, plenty of free ones available

other than that let’s hope you get an acoustic in your hand as this will simplify everything!

Adrian
Already covered taking my iPad, everything of Justin’s is on it, so that will pass the family inspection!

You could do some research in advance if there’s a shop around, where you’ll be staying. That way, you can sort of “stumble” upon that shop and have a look around. Plenty of guitars that need playing, i think…

Now that sounds like an excellent idea, and if I should accidentally buy one, in this day and age it is no problem to get it shipped home. Done a bit of research now and there is one, just have to work out how accidentally pass it.
Michael

Well if your wife is anything like mine, she’ll be only too pleased to let you wander off while she goes looking at shoe shops or whatever. The ‘meet you in a couple of hours for lunch and a glass of wine’ approach usually works for me.

We went on holiday this summer - wasn’t enough room in my car for all of us and my guitar so one of my (now adult) kids had to go on the train! So we arrive at our holiday place and I’m all ready to start practicing and…I got covid. Then we all got covid. So I hardly played at all

A good book?
an e-book?
podcasts about guitar/music/songwriting/artists you like

Phil
Sorry the holiday didn’t work out too well.
We are flying to an island so a train is not an option, and don’t think my daughter could be persuaded to go by boat. So the guitar will have to stay at home.
Michael

Mark
That gives me a dilemma, I have two capo’s, one for my classical guitar and the other for my acoustic. However not yet really in to using them yet still working on open chords and just started to work on the F chord.
So I think I will leave the capos at home, that will help to keep within the luggage allowance.
Michael

Lieven
Apart from normal books on my kindle, have the theory ebooks on my iPad, so not short of things to read
Michael

As I started this thread, I thought I best report how I got on.

Well I failed completely to come across a guitar to play, so I did the next best thing as pointed out by @direvus in another thread I watched the guitarist play and this is what I picked up.

Before I start should point out that I am only just at the end of Grade 1 and don’t have an electric guitar so some observations may be a bit off centre.

Staying at a hotel which had evening entertainment, and on a couple of nights, groups supported or were the main event. So here I go.
• They all used backing tracks, there was no sign of a drummer, hope they are not a dying breed.
• Each group had a lead guitarist, one had bass guitar and the other had double bass, with its own amp.
• Concentrating on the lead guitarist, I am not being critical I thought they were both very accomplished players.
• No trailing cables, all had wireless systems with cables leading to their backs, with boxes on belt or strap.
• They mostly played the lead guitar, but they very occasionally strummed and when they did it was generally barre chords, E shape, I recognised as one of them, up and down the fretboard, and what seemed to me to be triad and power chords, virtually no open chords.
• Both during the session spent a lot of time adjusting their pedals, I think the right word is, even bending down to those on the floor.
• One group did basically a whole session on Elvis songs.
• The lead singer on the first song had an acoustic guitar, nice sunburst colour. He played basic open chords and all down eight note strumming, however it was not connected to an amp, so given the sound from the rest of the band I would assume it could hardly have made any contribution, so perhaps it was just for effect as he put it down after the first song and never touched it again.
• The backing tracks were quite extensive some with backing vocals
• There was one evening in the bar there was a solo male guitarist who sang as well, again extensive backing vocals, some female and with not a female in sight, very strange, but it did sound ok.
• Don’t know what make the guitars were, really, should have taken some photos with hindsight, however I saw a picture of @KathyTake2 guitar which is Epiphone Les Paul and one looked very much like that.
• The other two, one solid dark brown colour and the other all white, sorry no more details.
Also walking along the promenade on a very hot day I spotted a chap siting in the shade in the late afternoon, playing his guitar. He obviously been on the beach but was not busking. If he had been might have considered offering him some folding money so I could play a couple of songs. As I say he wasn’t busking and even if he had been, I had the family with me so that would not have gone down well.

Hope somebody find some interest in my comments, I was quite pleased I was able to work out a lot of what was going on particularly, with the chords, Justin’s lessons must be working.

That’s great Michael, noticing little details of other guitarists’ playing is a sure sign that you are developing as a musician

Nice observations there Michael and I did exactly the same thing really intently watching the evening entertainment guitarists on holiday a few months back!

I’m doing that more and more now generally actually whenever watching any performances on YT or elsewhere, it’s quite fascinating watching the small differences in style / technique!