How can I be as good as Tommy Emmanuel?

Haha, I saw this the other day and I almost tagged you with a ‘

’
Then I decided you’re not worthy…

I am full of admiration for what TE does. He is a highly accomplished musician and consummate entertainer but I just do not enjoy listening to the music he plays. I have yet to hear a song he plays that I prefer to the original and the originals of his that I have heard are not particularly my cup of meat.

I remain a lone voice in the wilderness

Oh did I ever tell you about the time I… 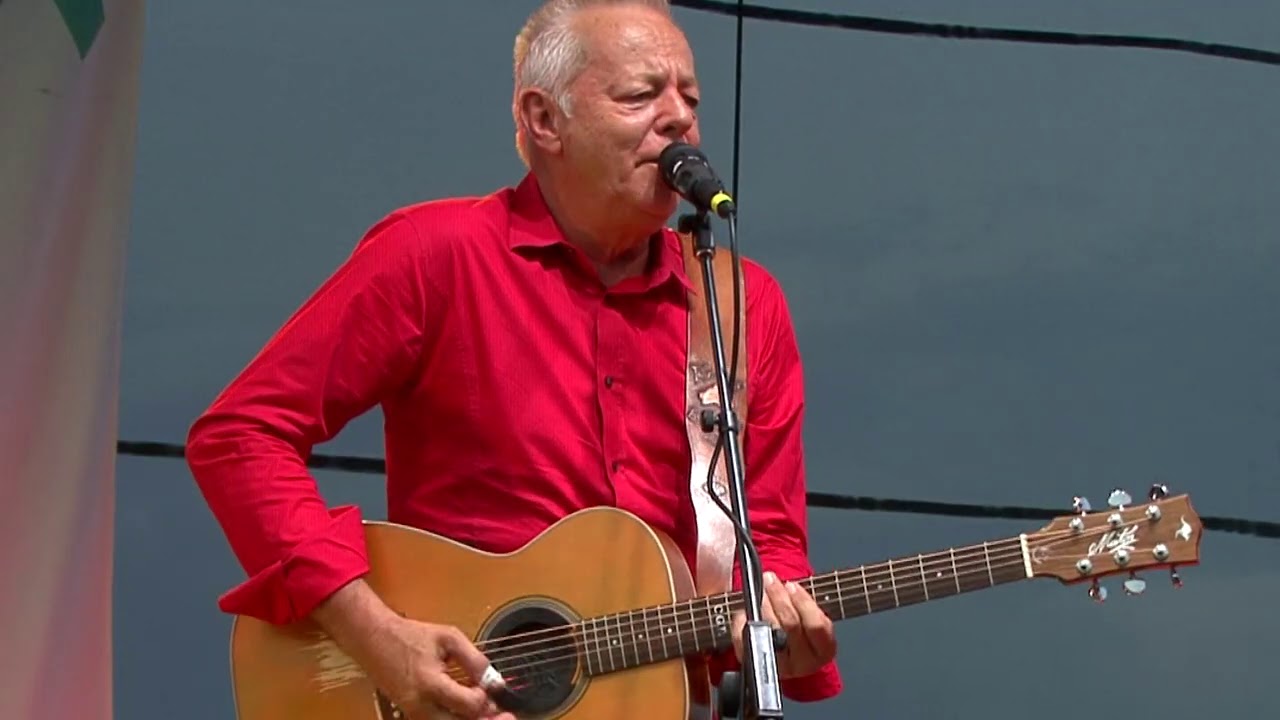 from 22:50 I like this one better than the original “House of the rising sun”

Oh did I ever tell you about the time I…

Edit:
I finally know how to post such a video in this way (in a distant past Toby tried to make sense of it) now 2x in a row… now I’ll probably remember it…

That’s a good example of what I mean-
He takes a popular song and then goes:
“Hey everyone- Look what I can do to this! With just a piece of wood and six strings!”
It’s amazing entertainment, but he loses the essence of the song in the process

Yes, I understand what you mean with your last sentence … but in this context I say better stolen than badly invented (and I don’t think the original is good, a lot of noise to be honest) … Actually it sounds like you think he’s a braggart,…

Actually it sounds like you think he’s a braggart,…

Not at all.
As I said, I really admire him. He has dedicated his life to playing his instrument and honing his entertainment skills. He is superb in both departments, and I would pay good money to see him again. (I think we may simply have different tastes in what floats our boat musically.)

Braggart has a negative ring. He is aware of his abilities, shows them off and shares them generously, without false humility. I am reminded of when I started looking into my Danish roots and came across the concept of Danish or Scandinavian ‘Jante Law’
The 10 rules, all expressive of variations on a single theme and usually referred to as a homogeneous unit: ‘You are not to think you’re anyone special, or that you’re better than us.’
(I’m not sure how relevant these still are.)
My philosophy is, f you’re good at something- share it! Encourage those around you.

I learn as much from the likes of TE, @JustinGuitar and @LievenDV in the ‘entertainment department’ as guitar skills. I’ll never be a ‘good’ guitar player, but am happy to have a go at entertaining with props

I’ve had the privilege of watching a few of your AVOYPs and I would say you are a good guitar player and a great entertainer.

“Hey everyone- Look what I can do to this! With just a piece of wood and six strings!”
It’s amazing entertainment, but he loses the essence of the song in the process

But I can’t really read this otherwise as a very big minus, and as a professional musician I would cry if many people would think this…

I have been working on similar stories a lot 4(?) years ago…that has been an important part of my healings (which google showed for this one)…and especially, you you’re not unique and it’s all been invented what you’re looking for… you just have to take a closer look…(I’m not sure if I just read that so quickly…)

I learn as much from the likes of TE, @JustinGuitar and @LievenDV in the ‘entertainment department’ as guitar skills. I’ll never be a ‘good’ guitar player, but am happy to have a go at entertaining with props

I feel humbled, as I feel searching (and lost) sometimes myself

as for TE; I prefer “regular” songs myself and I will always listen to youtube covers that feature singing rather than instrumentals. TE style is not my ambition but I just lik some of his stuff to rub off on me. He inspired me to make my “house of the rising sun” somewhat groovier and funkier while I think I’m almost as entertaining as him when it comes to singing it

And that’s the key folks. don’t try to be like other people; just single out the tiny bits that inspire you because you make your soup for the audience, not somebody else’s Hi Brian,
I see more of a Baloo in you …at the end of the song

But please check this one out… if you dont get in a «mood» for this… well. I dont know whats wrong with you 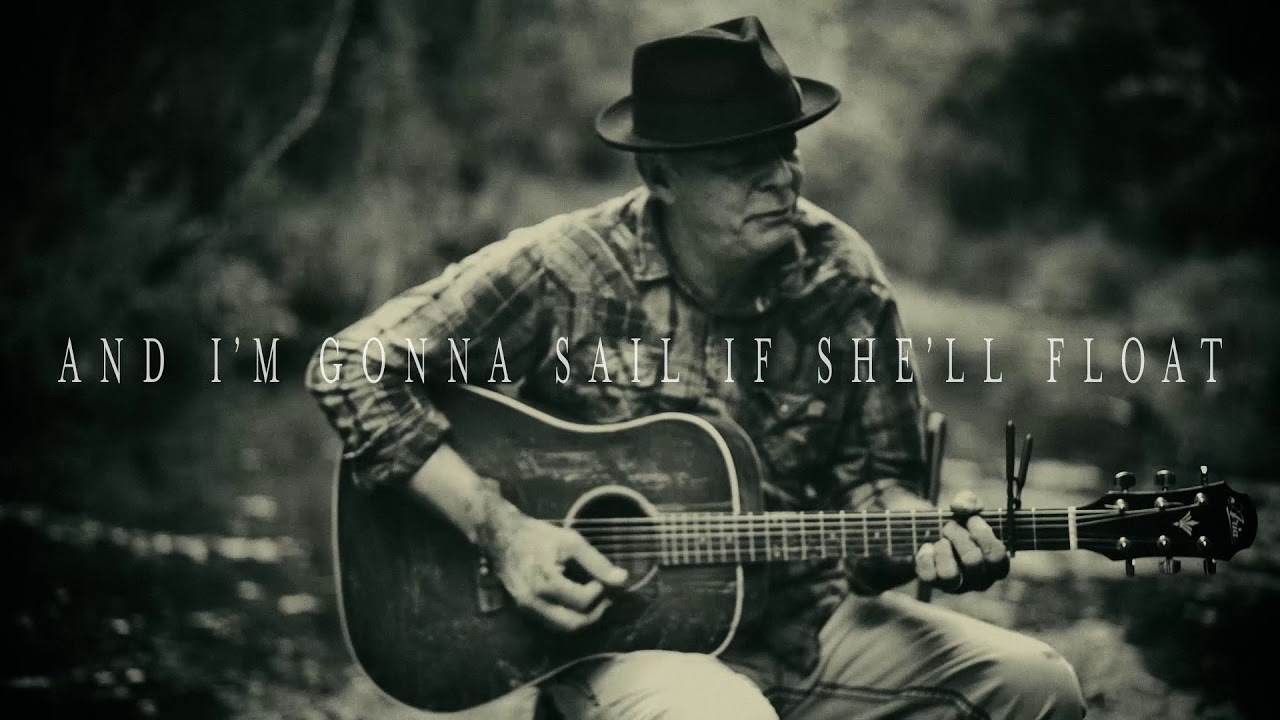 Hi Trond,
You are busy huh…
Yes this song is great and I listen to it very often…But if you talk to Brian…he doesn’t really like the blues either…

This is not roughly what I thought it stands for … and I certainly did not use it, because it is certainly not positive together, …and in that context you can place me with the group of people who literally bury these lines with tombstone and all…As a fictional (and satire) story I can imagine a lot of fun with it… but as far as I’m concerned this “joke” has gotten out of hand…
But if there is already so much discussion about this in the Scandinavian countries, I will get out of here soon…

Haha, @tRONd You’re just pushing my buttons because you know I like Jason Isbell

There’s a lot in that video that I enjoy, but for me the guitar trondles in behind the cool harmonies, interesting lyrics and slick b&w visuals

I would never ‘diss’ the blues, just because they don’t float my boat. All the music I love is derived from them.I’m not that keen on most jazz, marching band music or a lot of ‘classical’ either (although occasionally find something in those genres that seems to transcend everything else).
I’ll be happy in a corner @roger_holland if you lend me a stringed instrument to twiddle

Regarding Jante Law, I see you’ve been reading up (like I had to).
It’s just a variation of ‘tall poppy syndrome’, going back to the Greeks.
We Irish have ‘begrudgery’
The Japanese say: “the nail that sticks up gets hammered down”
I believe you guys call it Maaiveldcultuur

It’s a fine line and art to judge your abilities and strengths, neither veering into inflated self-esteem nor false humility.
I like to think I’m a pretty good judge of my own, although I do see a sharp scythe swiftly bearing down on my rather tall neck as I type

He takes a popular song and then goes:
“Hey everyone- Look what I can do to this! With just a piece of wood and six strings!”
It’s amazing entertainment, but he loses the essence of the song in the process

I’m with you 100% on this Brian.
And not just with Tommy Emanuel.
My listening tastes tend to be in harmony with my general life approach.
Give me an ensemble over a virtuoso anyday.
I would much rather listen to a band play a fine song than a virtuoso play some instrumental showboating.

“Hey everyone- Look what I can do to this! With just a piece of wood and six strings!”

Don’t know why, but this is exactly what I feel when I see and hear him. No doubt, that he is an absolut virtuoso, but I’m not a big fan of that “how to show as much of my abilities in short time” attitude. Listeners shouldn’t die from infinite admiration but from passion and emotion which is transported by an artist. An artist who is less perfect attracts me often more as a real virtuoso. There are musicians who make music, I like the ones who ARE music. Not to discredit TE, he’s sensational, but touches me not as much as others do.

I believe you guys call it Maaiveldcultuur

…not for now…,…because I’m afraid that with all my last comments it will fly a boomerang back in my own face

…
Although you shouldn’t read “favorite” as a “fan” either.
Greetings,

Been listening to Tommy’s music since I was but a wee lad. In fact I remember a time when my brother and I were at a suburban shopping mall with my mum, and over the PA they announced Tommy would be playing a gig over at the bookstore. We bustled over there and watched him playing at point blank range with maybe 50 people in the audience, and got a signed CD. It was really cool.

His recording of Lennon’s “Imagine” from the Determination album 1991 is still my favourite version of that song. Gets me right in the feelings.

All that said, I do share the sentiment that, as his playing has evolved to mind-blowing levels, sometimes he does put so much extra complexity into what he does on the guitar that it can be hard to just enjoy listening to the song. It becomes more of a technical demonstration than a piece of music at times. I went to see him perform recently (in the last few years) and was very impressed, but also quite overwhelmed by the sheer amount of stuff that was going on.

It’s like Geebz says (paraphrasing), you can have all the skill in the world but sometimes it’s important to know what not to play, give the song (and the audience) some room to breathe. This is something that for example Plini does really well. He’s got the skills to shred it up all day long, but his playing is restrained, melodic, soulful. A little bit like an “Imagine” era Tommy.