I sometimes record my electro acoustic direct out sound. The sound you get is nothing really like an acoustic guitar to me. It’s sort of more like an unplugged electric isn’t it.

Does anyone play open mics or record and know how to improve the sound? Can you get a pedal or something to put in front of it ?

What exactly do you not like about the sound, other than it not sounding exactly like an unplugged acoustic? I could be wrong, but I don’t think it’s ever going to when it’s being processed in that way. Most acoustic players I’ve spoken to record using decent mics for that reason. I think I’m inclined to do the same, when I can afford one, because although my elctro-acoustic sounds fine plugged in, there is an obvious difference to the sound when unadulterated.

Pickup on the acoustic are not great, best way to record acoustic is to use microphone.

But if for some reason this is not possible (noisy background, ambient noses etc.) you can try some acoustic dedicated pedals but the truth is, only high end acoustic guitars have decent pickups and even then, they sound bit boxy.

Good point. I suppose it just sounds lifeless and sort of clacky. I just wondered if you played live , how do you overcome that ? I suppose when I have seen open mics you are also hearing a lot of the real guitar sound and have the reverb of the room

I think the sound also depends on the pickup used.

This is very true, to make an example, listen little bit to this video to hear the difference. And this is good acoustic pickup. 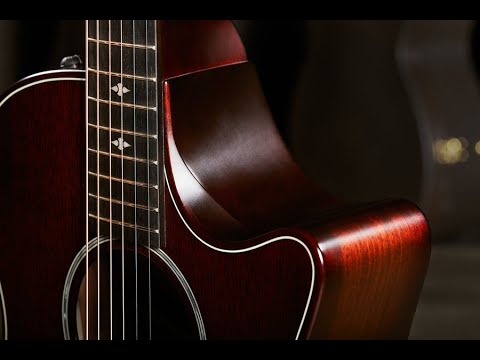 I went down this rabbit hole once, investigating all the options and eventually buying and installing a PU that was a mix of magnetic and a small built-in condenser mic. It still sounded really poor…

For live usage it might still be the best option, but for any type of recording I eventually “caved in” and got a real condenser microphone. Sounds a million times better, never looked back

There are really good acoustic pickups out there.

I have a Maton with AP5 Pro in it. It blends piezo and mic inside guitar. I think it sounds pretty good, very similar to miced sound.

Other than a good pickup, or micing it, you could try running it through an amp and adding effects on the amp. Add some reverb etc.

I think Kasper hits the nail on the head. For anyone like me just learning guitar and sharing recordings to help progress as a guitarist or someone just starting off doing the open mics etc then a blended piezo and mic system would probably be suffice but if you want to take it to the next level then a real condenser microphone would be best option.

@Kasper I’ve enjoyed listening to the recordings of you playing your electric guitar and your write ups. Have you posted any of your acoustic recordings that I could check out?

I suppose it just sounds lifeless and sort of clacky.

Yeah, that’s exactly how I’d describe the sound of one of my electro’s when plugged in. The other one does sound pretty good (in my opinion) but definitely has that “clacky” (great word!) quality to it.

I’ve enjoyed listening to the recordings of you playing your electric guitar and your write ups. Have you posted any of your acoustic recordings that I could check out?

Sure, I have a few examples… although I have to admit I use acoustics pretty rarely on most of my covers.
So, on top of difference in tone, please keep in mind that there are 6-7 years between some of the links below… so playing skill and recording skill also plays some sort of factor.

But: first some old examples from my built-in mic. I think the tone just sounds thin, piezo like and, honestly, fake.

It’s the exact same guitar (the steel string tones), only difference is that a real condenser mic was used in those last two.
I think the body of the tone is so much better, and it sounds more like how I want a recorded acoustic to sound…

thanks @Kasper yes the body of the tone is much better with the real condenser mic. It’s good to be able to hear the differences in an actual recording context. And your guitar playing was absolutely fantastic in all of the recordings.

The best sound I have heard is the setup that Mike Dawes uses on his guitar, I think there may be a YT video discussing his sound - but beware it costs an arm and a leg!
The best affordable sound for me is a decent quality piezo coupled with a soundboard transducer mic. Also the best option is to have an external preamp, they tend to work better for some reason!

There are a couple of pedals available which may help. The main 2 I hear about are the:
TC Electronics BodyRez and the Boss AD-2.

I just picked up a used AD-2, it only arrived today so I haven’t had a chance to really check it out yet. But had a quick play with it and it certainly seems to help the sound of both my acoustics.