Is there such thing as a song that is specifically in minor key?

So, if a song is in A minor, is it then automatically also in C major? I am a bit confused as to how you would necessarily refer to the key of a song.

Yes there are songs written in minor keys. A song in Am would have the same chords as a song is CM but the tonal center would revolve around Am as the tonal center or Key. Songs with minor key tonal centers usually sound sad. This doesn’t mean they are sad song but the melody will have a sad feel. A good example is Californication by Red Hot Chili Peppers. If you listen to the opening riff it has a real sad feel to it. Stairway to Heaven and House of the Rising Sun are other good examples.

Maybe I should restate my question.
1: I am just using A minor and C major as examples of any major key and its relative minor.
2: I, like most people, can naturally tell if a song is in major or minor key. I guess my real question is what is the science behind whether a song is in major key or the relative minor. What actually makes a certain note the tonic note? And how can you tell from the perspective of how it actually works?

The simple answer is it’s usually the first and last chord of a song but not always. The next simplest answer is it is where the song resolves to or the chord that fells like home

The theory behind it is based in modes. The natural minor scale which minor key songs use for the chord progressio is the Aeolian Mode. So without getting into a long post on the theory of modes and how they relate to the parent scale I’ll let @Richard_close2u direct you to his lesson on modes.

The keys of A minor and C major share the same notes and chords. They are relative major and minor to one another.
Viewed through the perspective of modes, as modes in series, C major is the first mode (C Ionian) and A minor is the sixth mode (A Aeolian).
Written on a musical staff in standard music notation, there would be no difference. The key of A minor has the appearance of the key of C major (no sharps or flats on the staff lines).

But, as stitch says, they have subtle yet important differences.

The crucial element is whether Am or C (the chords) feel like home. Both can ve described as having functional harmony. A major feature is the dominant chord resolving to the tonic chord. In the key of C major this would be G (or G7) moving to C. In the key of A minor this would be Em moving to Am.
BUT … it is very common feature of minor key music to use (sticking with the key of A minor for this example) E or E7 to resolve more strongly to the tonic. Such dominant chord use takes the music out of being 100% strictly minor key as the borrowed chord comes from the parallel A harmonic minor. This is so frequent that often it is just all termed ‘minor key’ making no distinction between the natural minor for the majority of the music and the temporary modulation to harmonic minor.
One thing is certain … the major or 7 dominant to tonic minor is a huge indicator of minor key music.

Another indicator would be the absence of the dominant 7 that would ordinarily push to the relative major chord - in these examples the G7 chord is an unlikely chord as ut functions as the dominant resolving to C major, away from A minor.

I, like most people, can naturally tell if a song is in major or minor key

Really? I’m fairly sure I for one wouldn’t be able to do that. Interesting that you reckon most people could. Maybe it is extremely obvious to you.

I’m fairly sure I for one wouldn’t be able to do that.

I’m glad I’m not the only one. I thought there must be something wrong with me!

Another way to look at it is via the scale intervals 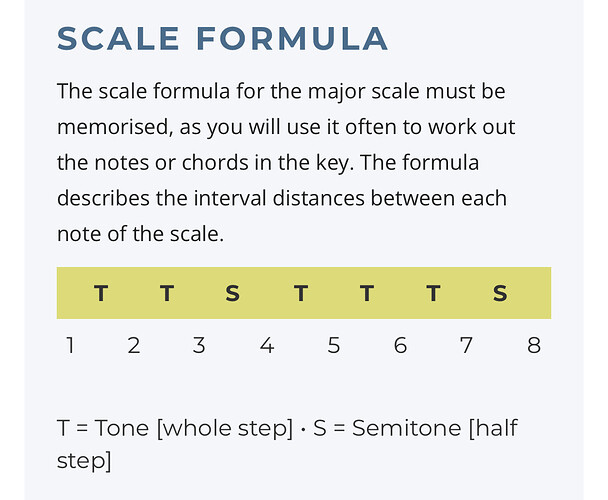 So in the C major scale, the six chord is A minor. If we were to start now from A minor, (this is know as the aeolian mode) both the interval pattern and the major/minor pattern are shifted around giving the scale a different ‘feel’.

For example, the three chord (relative to A minor) is now flat because instead of Tone Tone Semi-tone the interval pattern (which now starts from the six chord from the major scale) goes Tone Semi-Tone Tone ….

All said, I would highly recommend signing up for Justin’s theory course and checking out Rick Beato on YouTube. Both explain things much more elegantly than myself. Before you begin the journey there are some things you might like to know - why learning a bit of music theory can make your guitar journey so much more rewarding, how... 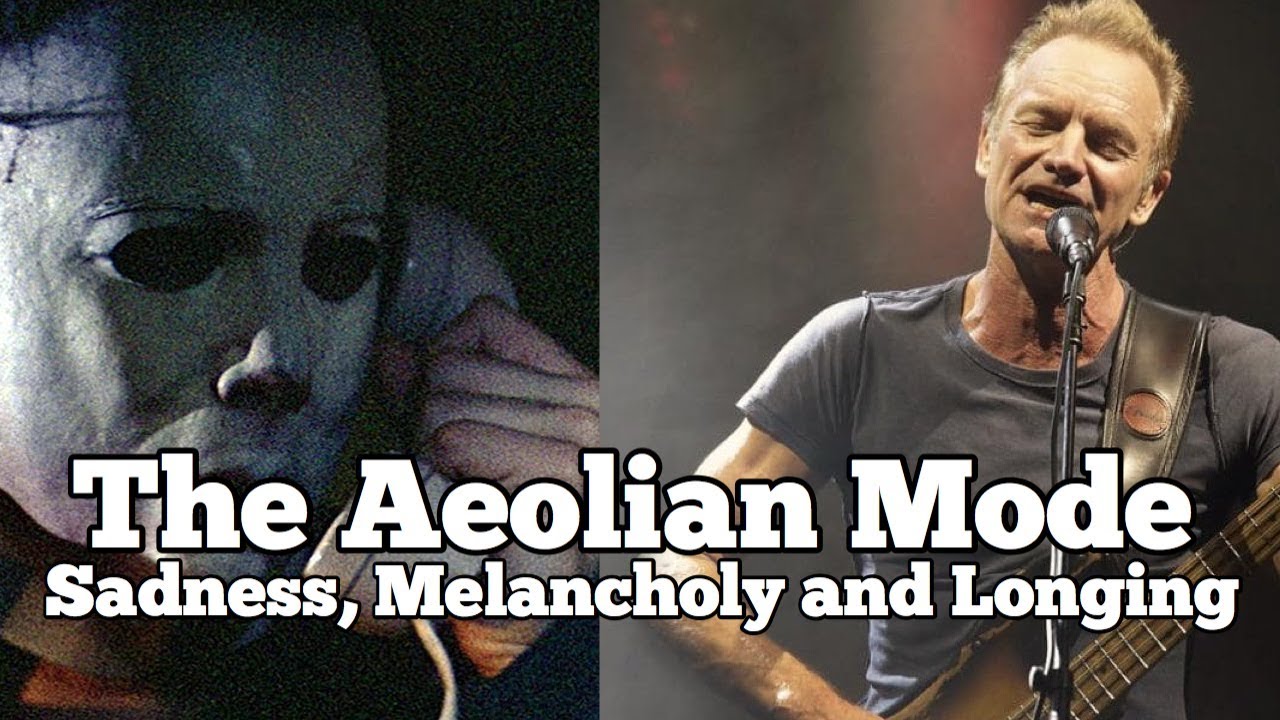 Any theory bods, please feel free to beat my shady knowledge down

Oh, sorry. I wasn’t even thinking about it when I said that. Maybe it isn’t acually as obvious to most people as I assumed it was. When I hear something like Bohemian Rhapsody (The “mama” part) or Imagine, it seems to me like it is obviously is major key. Whereas Stairway to Heaven and Hotel California or Smells like Teen Spirit seem to clearly be minor. But it may just be that my brain assumes it is for some reason. And it is actually in the relative major/minor. Or maybe I have some sort of a minor (no pun intended) gift in that area of knowing immediately when I hear a song, even without understanding the music theory.

It’s funny you showed a Rick Beato video. I watch his channel all the time. That is what made me so determined to learn all this music theory stuff that I’ve just started trying to understand the basics of.

So, let me get this straight: You are saying that you can tell whether a tune is in major or minor key by the order of the chords that are played in that tune? When you say “the three chord”, you mean the third chord that is played in a phrase of a major key tune? I am very unfamiar with music theory in general and do not actually know what makes a chord a C major chord and not an A minor chord, so I will also have to learn that. Also, what do you mean by the three chord being flat? I do not know what a flat chord is or how an accidental would possably appear in a traditional C major scale song. And finally, if the aeolidian mode is just another word for minor key, why is rick beato calling it unexploered? Why does he have to use some obscure song by Sting to demonstrate it?

Sorry bud, getting out of my depth quickly here:

Yes, in this example a tune would be in the major key ( Ionian mode) if it ‘resolved’ to the C chord. That would be the ‘home’ chord, so a tune may start with a C major chord(one chord), then you might have the E minor chord(three chord), G major(five chord) and then return back to C major(one chord) to resolve.
The relative minor key for C major is A minor, because this is the 6th chord in the progression:

So, if we now use A minor as the ‘home’ chord, a tune may start with a A minor chord(one chord), then you might have the C major chord(three chord), E minor(five chord) and then return back to A minor(one chord) to resolve.

WHen you say “the three chord”

So the three chord is the third chord of the key; so E minor for C major key ( C, D & E) and C major for the A minor key (A, B, & C). A song can use the chords in any order, but there are usually patterns, like one four and five chords for the blues.

what do you mean by the three chord being flat

Probably confusing myself here, I think it’s more to do with the note order in the scale rather than the chords…

The pattern of intervals between notes for a major scale is tone tone semitone tone tone tone semitone, so if starting on the note C, the next note in the scale is a tone higher. A tone is two half steps (musical theory language) or two frets higher on the guitar. So the next note is D(C, C sharp then D). Then up another tone to E ( D, D sharp then E) next we go up a semitone or one fret of the guitar to F (as there is no E sharp as such, in between E and F) {knowledge limit reached!}.

The gaps between the notes give it the distinctive Major or Ionian sound.

As the gaps between the notes now form a different pattern, the scale sounds different to the major or Ionian and is now said to be aeolian or minor. The three ‘chord’ (chord is the wrong description I gave I think) probably better the third note in the scale is flat because the order of Major minor …… is different from the equivalent major scale.
(Sorry, that explanation was awful)

if the aeolidian mode is just another word for minor key, why is rick beato calling it unexploered

I think Rick likes to keep the theory a bit of a mystery so that he can sell his Beato book. - but as you can tell from my response above, I think he and Justin are in a better position to explain.

Sorry Levi, I like to try and answer these questions to test my own knowledge. Maybe start here: David Bennett has a few good videos too: Thank you.
You’re effort is much appriciated. I may have to get a better understanding of more basic music theory first, though, in order to understand how to tell the difference between major key and the relative minor key.