Madman's in Who Heaven

Well I am as happy as a pig in the proverbial.

) are one of my go to groups, so I was looking up a couple of songs to learn and a tab on UG said it was courtesy of this site.

Ain’t go no distraction, can’t hear no buzzers or bells !

I beg to differ peeps. This is one rabbit hole I’ll be lucky to escape, just bumped into Bell Boy and Doctor Jimmy!

Welcome to my new addiction.

OK Who’s Next. It ain’t just about 'Skynyrd ! 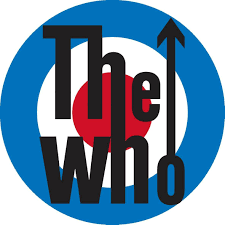 Thanks for sharing, Toby. I’m a big Who fan too, fortunate enough to see them play live but not in their prime days. They still managed to pull off a 3 hour concert.

Hey there Tobbs,
Hows about you take and turn them tabs into a rocking cover? WHO, me?

Who’s on first base?

I’m sitting here on my sofa stroking Daphne, repeating: ‘I’m a boy, I’m a boy, but my ma won’t admit it’
Sigh…

Another Who fan here.

Can’t explain is a good Who song to learn (Not sure about the solo though) I’ve been playing it for a while.

Also had a look at Pinball Wizard (Way too difficult for me) and just started learning Substitute. 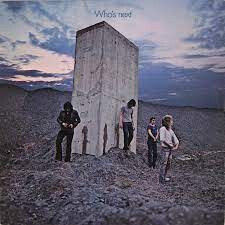 The good old days before PC and Snowflakes

@LBro that’s the plan and how I found the site.

Good to see so much Whodom !

After I did a couple of versions of Behind Blue Eyes last year, I realised my vocals had improved enough to go Daltrey, though its a stretch at times. So was reviewing Quadrophenia last week and ring fenced some potentials. But listening to Who’s Next in the car this morning another couple of sing alone type tracks, made me think doable as a one man and his guitar gig and sorry LBro not Baba or Won’t Get Fooled Again (yet). More albums to review and cross match on the site. How accurate the tab is I don’t know but if it gets me somewhere near a progression I can use, that will do for now.

Some other irons in the fire at the moment but stacking a bit of Who for the next round.

Lucky enough to see them live 3 times in the mid 70s - Wembley Arena (not the stadium), Wembley Empire Pool and the big festival weekend at Charlton FC in 75, so many other big bands at that one. Plus my missus went to school with Moonies sister !

Watch this space peeps, may be some Who chapters coming up in this years Madman’s Diaries.