I’m fairly new to the whole pedal board thing but know that I’m unlikely to want to do any gigs or anything like that. I am thinking however of getting some pedals for myself as getting my guitar to sound right is quite important. The question is should I look at some of the multi-effects units or start a collection of pedals. Anyone with any ideas of which ones to go for without busting the bank account?

I’ve been a long-time fan of tube amps + pedal board (and that remains my preferred way to play electric guitar), but I recently bought a Boss GT-1000 Core multi-effects unit and have been happy with it so far.

I think digital modelling has come a long, long way as far as the actual sound goes, but my main complaint has been that the digital models don’t have the same feel and response that I expect and desire. However, Boss seems to be making some progress in that area. The tech in the Katana amps is pretty good in this area (I’ve owned several modeling amps, but the Katana is the only one I’ve kept), and I have to say that the GT-1000 Core handles the “feel/response” thing even better than the Katana.

I’m afraid I’m not the person to offer advice on “which multi-effects unit” since I don’t have much experience with them. The only thing I can say is that I like what Boss is doing, and I think the GT-1000 Core is good, and also good value for the money (you basically get the same processor and effects that are in their flagship GT-1000 for a much lower price). Whether it “busts the bank account” or not depends on your budget, of course.

Personally I think now I know what I know I would buy this: 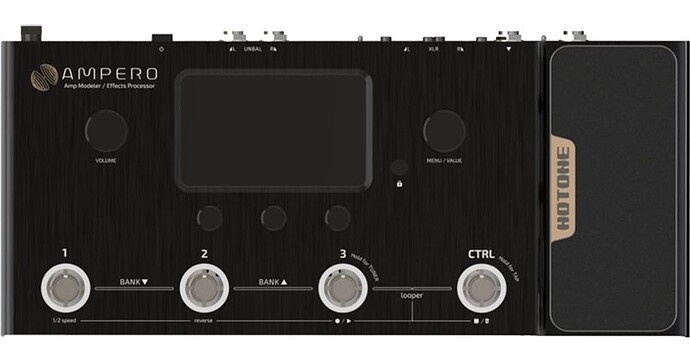 Get the Hotone Ampero multi fx and amp modeller from Andertons on one of our interest-free finance packages (subject to status) today!

I have loads of mini pedals that I like but it all ends up looking like a rat’s nest! The above does more than you could want and some! There are more expensive ones but unless you’re Pro it’s pointless going further; there are other options for a similar price but I’ve not played with any of the others - I don’t have my own…….yet

Interesting. I hadn’t thought about the Ampero although it would be at the top end of where my budget is. It does look like a smart looking unit. The boss looks like a good one too though.
I do take J.W.C. point that you could easily combine “conventional pedals” with a multi-effects unit. I did see putting a looper into the line as a good idea. Layering just seems like such a great idea.

I have loads of mini pedals that I like but it all ends up looking like a rat’s nest! The above does more than you could want and some! There are more expensive ones but unless you’re Pro it’s pointless going further; there are other options for a similar price but I’ve not played with any of the others - I don’t have my own…….yet

That looks pretty trick Darrell and reasonably priced looking at the specs. Is Santa bringing you one ?

@TheMadman I wish, but I got (jointly) a new conservatory; old one was getting worse for wear, had a polycarbonate roof which meant it was unusable if it was raining (noise was horrific!), now have a shiny nice new one with a glass roof - Bliss

Next year maybe, but there’s 2 guitars that I’ve got really bad GAS about as well

I do take J.W.C. point that you could easily combine “conventional pedals” with a multi-effects unit. I did see putting a looper into the line as a good idea.

Some multi-effects units also provide a built-in looper, FWIW. The GT-1000 Core has one, for example, although it’s not as full featured as some stand alone looper pedals.

Lots of options these days when it comes to multi-fx boards!
Personally I really like what Line6 is doing with the “Helix” family. An awesome and quite compact all-in-one solution could be the Hx Stomp XL. Whether or not that is expensive will of course depend on your budget…
If you don’t want to use amp models but only have effects available for an amp you own then they also offer the Hx Effects unit…

I have a zoom g1xon multi effect pedal and it is pretty good for the money. Lots of effects and drum beats you can try out

I am very happy with my Boss GT1, the very basic version of multi effect pedal. I am not particular about the tone, so the looper, the wah pedal, and the audio interface function serve me well.

One thing I would like to point out, if anyone is looking for a basic multi effect and will use the looper function. Some basic pedals come with only 2 buttons, so when you are in looper function, the tone change feature may be very limited or even not possible. That is the reason I went for GT1 as it has 3 buttons: when the looper is on, you can still scroll up and down the tones.

An awesome and quite compact all-in-one solution could be the Hx Stomp XL.

Yeah, that would be a good choice, too, in my opinion. When I looking into my purchase it kind of came down to GT-1000 or Helix as the final contenders. (And one reason I went GT-1000 is that I already own some Roland and Boss gear, so I’m familiar with their software and already have compatible switch and expression pedals.)

When I looking into my purchase it kind of came down to GT-1000 or Helix as the final contenders.

If you are fussy about “feel”, then the GT-1000 is a great choice. One of the major complaints about digital systems by experienced guitar players who are used to analogue gear is that the “feel” is wrong, and a lot of this is down to latency. A lot of the older and cheaper multifx systems had latency in the 10s of ms, and this can make a unit feel less “responsive”.

Some of the more modern multfix systems, like the newer Boss and Headrush stuff, have latencies below 1ms which, as far as humans are concerned, is zero. I believe the Line 6 Helix stuff has latencies in the 5-10 ms range.

Note that a lot of players, especially most non-professional or non-gigging players, won’t be able to tell the difference.

Yeah, I’m definitely fussy about feel/response from the amp. Latency is probably part of it, but I don’t think it’s the whole story. It’s also about how the amp responds to playing dynamics, guitar volume control adjustments, sag, et cetera. And unfortunately that’s the kind of thing you can’t evaluate from just hearing the amp (or multi-effects unit or whatever). You have to play it and see if you get along with it or not. I think I spoiled myself by getting into valve amps before digital had even caught up in the sound department, much less the feel department, turning me into a hard to please amp snob. But hey, at least I don’t insist on hand-wired boutique amps.

I can confidently say that latency is not a problem with the Line6 Helix products. 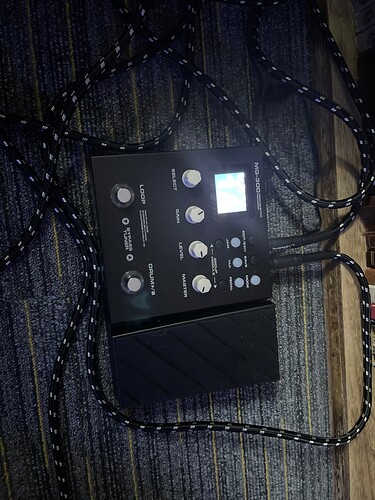