My guitar tutor gave me these fingerings for A and D chords - thoughts?

So I have been using Justin’s app and although this is going well, I have decided on getting 1 to 1 lessons in addition. However, because i want to focus on blues/rock I have been given a different variation of a and d to use.

Has anyone ever come across these? more so the A as the D is the same just a different use of finger placing?

Hello @GuitaristOfRivia and welcome to the Community.
James.
Supplementing Justin’s courses with a face-to-face tutor is something many people do choose and make great progress.
Occasionally, as you have already found, a difference in teaching approach shows itself.

First the A chord.
Justin starts off the the x0213x version for beginners for several reasons, the main two being that it gives an ‘anchor finger’ that can stay on the G string when changing between A, D and E chords thus making those early chord changes a little easier plus it helps develop the hand muscles that will be needed to progress. There are many other ways to play A.
x01230
x02340
x01110
Justin teaches the latter of these - the one your teacher is showing - a little later in the beginner course.
Check that lesson here and read his reasons for preferring this version most times himself in the content below the video.

The more grips you can play on guitar, the better!

I would take this as encouragement not to abandon the x02130 grip at this stage of your learning but stick with it and try others too.
Both of your teachers are giving good advice here.

I would not say the same for the D chord played xx0131 however.
That is an ugly and limiting grip for D major.
It makes chord changes to and from many other associated chords much more difficult with inefficient, less-than optimal movement of hands and fingers required. Also, it makes playing other chords and chord embellishments based around a standard fingering of a D chord impossible.
Examples of the latter (numbers are now frets not fingers):
Dsus2 = xx0230
D/F# = xx4232
D5 = xx023x
For these reasons I would strongly encourage you not to adopt the barre-fingering suggested by your teacher. It is too limiting.

@GuitaristOfRivia
I’m going to play devils advocate here. What Richard and Dave say is true you should learn the
grips taught by Justin they are useful.

I come from a Rock/Blues background and use those grips all the time when playing Rock/Blues
and so does Keith Richards. So much so that people call it the Keith Richard trick.

If you barre your A chord X02220 then play XX4232 (4 ring finger 3 middle finger) you are going
from the 1 chord to the 4 chord. Slide up 2 frets the 5 chord. You hear this in the Stones music
all the time. It’s also moveable anywhere on the neck. Any place where the 1 Chord is a A Root
barre chord.

From your post I assuming your a beginner so you should learn the Chords the way Justin teaches
But also listen to your 1to1 Teacher. If he is teaching you Rock/Blue there is no reason not to
learn these chords they way he is teaching you.
Technically the D chord is a C shaped D chord with and F# in the base D/F# 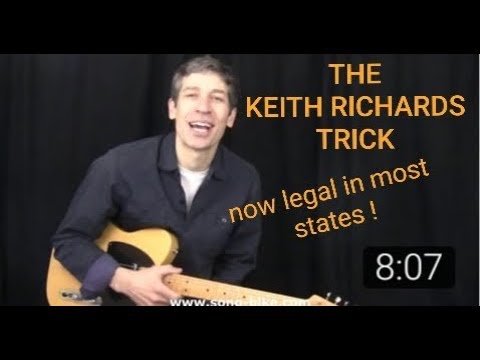 I should add I’m not affiliated with the Video or the teacher. It’s just a video to make a
point.
@Richard_close2u if this is inappropriate feel free to remove the video.

Rick you’re not incorrect in any of this …

I would add one minor point that is possibly pedantic but, imho, important.

Using the 1st finger barre for D, yeah okay, it does get used that way in C-shape barre chords exactly as you describe. But the guitar tutor in this case is teaching to use 3rd not 2nd finger on the B string.
That I believe is storing up bad habits and poor technique that will hinder progress in future.
1st finger barre plus 2nd finger on the B string sounds and is exactly a D major chord and has some merit … though not for changing to / from many other open chords as I said earlier. But 1st finger barre plus 3rd finger on B string … I think that ‘wrong’.

I may be wrong or explained wrong but Justin teaches the 3rd finger (ring finger) for the b string? The second finger would be on the high e in fret 2?

Or as you wrote it xx0111 with the SECOND FINGER on the 2nd string 3rd fret
is the proper way. I’d ask your Teacher why he uses the Ring finger and ask him about
the C shaped D chord if he doesn’t know get a new teacher or show him the video I
posted.

Even in a rock context, I typically use the “normal” grip for open D (D A D F#). 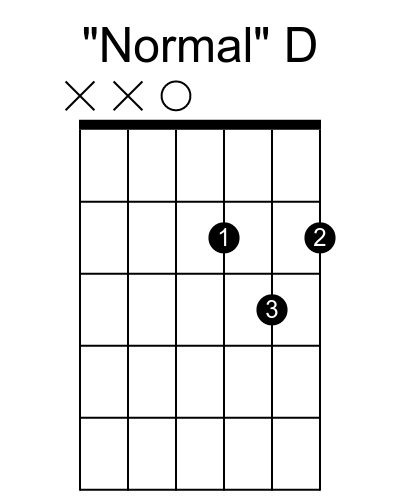 However, I might occasionally play it with the first finger bar. If I used a barred version, I’d play the B string with my second finger, like this: 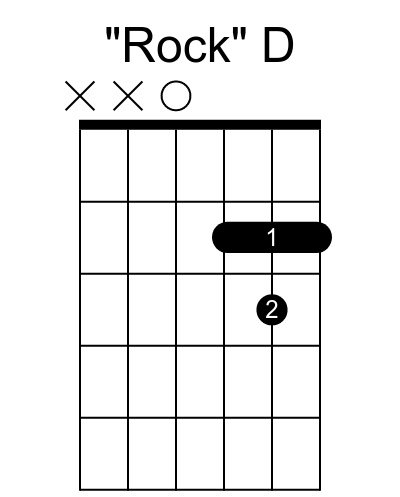 Thats effectively what my tutor is asking me to do.

The info in this thread is great, and I will continue through Justin’s course and theory alongside

Thanks all for you valuable input. I felt a bit confused and overwhelmed as a newbie.

I will continue as I had planned anyway with the course. And use the knowledge of the tutor to further enhance. However, I’ll switch to the second finger on the mini bar D chord he’s got me doing.

He may have been slightly led as I had shown him what I had learnt so far.

Given me a basic 12 bar blue using the a d e chords to learn for next week’s lesson, which is fun and gives me the accountability the app doesn’t.

This video was really interesting thanks!

Tune your guitar to open G, and bar the first 5 strings at the 7th fret with your middle finger. That’s an excellent D chord as well. LOL

let me just confirm that everything @Richard_close2u wrote, is exactly what I would have said.
The main issue is how limiting the fingers are and how you can fo from that to other things like, as shown, Sus chords.

As soon as you are confidently playing songs you’ll find that it sounds so nice to decorate the same bar with that plain old D can bring life to your playing. throwing in strums of dsus2 and dsus4 in between regular D chords, really spices up the progression and you’ll find that many recordings actually feature that little trick. (Bryan Adams made complete songs out of that and paid his bills with it!)
Same goes for A-> Asus2 and Aus4.

@J.W.C do you have a live picture of that d. I just tried it and I can seem to use the second finger without muting the e. So frustrating

And when the chord progression is going from A to D, lifting a finger and playing A7 just before the change often sounds great!

do you have a live picture of that d.

Not the best angle/example (or audio), but here’s a quick clip: