My son found a guitar in the attic when he was rooting around up there. I had no idea it was there!

I’ve given it the once over and it looks in very good condition. Needs new strings, a good clean and a tune up, but apart from that, looks ok.

I was scratching my head as to how this got there. Wracking my brain, I think this is my very first guitar that I had when I were a wee lad. I had a couple of lessons and then jacked it in for a variety of reasons.

I thought it was long ago sold off or given away, but I’m now pretty sure this is actually it. Its the only logical explanation! By my estimation, its been in the attic for around 30 years.

Its a Hohner HW600N, made in Korea, according to the label inside. 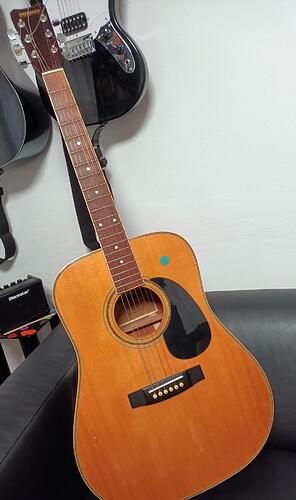 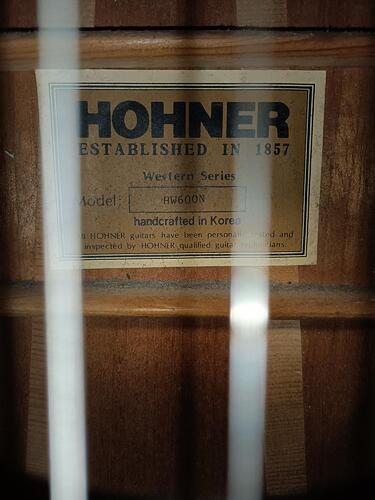 Its definitely solid wood (mahogany?) and a quick google search tells me this was a fairly decent entry level guitar around the $279 USD when new?

I’m obviously not going to sell it. I’m going to re-string it first and see how it sounds, but have a feeling it may send better than my current acoustic!

Could anyone tell me a little more about this? I’m guessing its not collectors item or worth much as it was, I believe, an entry level guitar and I guess, mass-produced?

Also, I’m not sure which strings I need for this? I only recently bought my acoustic guitar (Fender) and that’s still on its first set of strings, so I need to order a couple of sets. I believe I need 12’s? 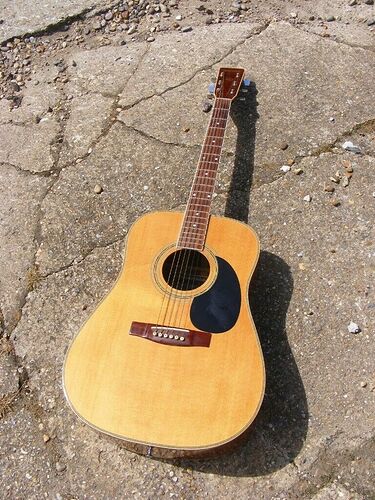 I have for sale (al 23) Hohner Leyanda LW600N Acoustic Guitar Made in Korea I found it in the attic of my new home. I'm no expert, but I think for someone who likes that sort of thing, it will be very interesting. The photographs have been...

Someone else has found one in their attic Zed!

Ha ha. Seems like the day for finding old guitars. Must be something in the air!
No one seems interested though, think they only like shiny new ones!
12’s, is that what they have. I’ll try them.

I gave it a clean up and restrung it today.

I now realise why I gave up playing when I were a young lad. It’s so bloomin’ hard to play!

The difference between this beastie and my cheaper new Fender is like night and day.

Ah well, I have a new wall ornament

That is correct. That guitar will do you no good. You can get much better guitar in that price range.

He is not buying he found it in the attic.

@ZedExDM from what you are saying the action must be quite high ? Have you tried adjusting the truss rod or at least measuring the action ? If you have a local shop/luthier might be worth calling in and just ask them if it can be set up decently. They should be able to do that gratis, at which point you can consider if its worth doing.

I’ll take it to my man next time I go see him. I did adjust the truss rod as the action is incredibly high. I probably won’t want to spend money on a decent setup for it though as I’m not keen on the sound of it. Honestly, my cheapie Fender sounds a ton better. Maybe it’s just the setup though - will check back in when my man’s taken a peek…

@ZedExDM looks great - maybe a chance to throw on some cool nickel or other type of strings and see what kinds of sounds you can get out of it - have you thought of sanding down the saddle to get the action better? I’ve had to do that to every guitar I’ve owned (which is only 3 but still…) and it has made a ton of difference in playability as well as tone and intonation. If you haven’t done it there are tons of great youtube videos (and I’d be happy to give you my pointers if interested) - there’s a bit of math and a bit of elbow grease involved, but I’ve saved hundreds making the adjustments myself and my guitars feel more “mine” once I’m done (though I admit the first time was a bit nerve-wracking).

I’m pretty sure this is exactly what’s needed. I’ll have a look on YouTube. Off the top of my head, I imagine I’d have to whip it off and hold it carefully against a belt sander - although there’s probably a much more controlled method of doing this!