Nothing new under the sun

Ed Sheeran on winning his High Court battle for plagiarism:

“There’s only so many notes and very few chords in pop music, coincidence is bound to happen if 60,000 are being released every day on Spotify. That’s 22 million songs a year - and there’s only 12 notes that are available.”

Add to that:
12 hours of music and audio uploaded every minute to Soundcloud, plus
500 hours of fresh video every minute on YouTube (this includes most of our AVOYP

)
not to mention other platforms and most music, which never gets shared at all…

As it has been lately, we have to compose a whole data center of power… Then plant trees all together with justinguitar community the comming year

Guess Ed saying its ok to copy any old song, change the words and then point to the quoted numbers and say “well I’m blowed, what a coincidence”. But that could just be the view of a cynical old man.

By the way Brian, did you want to throw the bat in the henhouse … due to the fact that a lot of people say “there’s actually no new music being made up anymore”??

Haven’t followed this case, so no idea about the merits of this case. But I think the argument that songs may sound the same because of 12 notes and the volume of music seems weak to me.

Far more challenging to prove whether something is similar due to influence/inspiration at an unconscious level, vs willfully taking something and re-working.

And winning in court, declared not guilty by the law, isn’t always the same as not having ‘done it’ … and perhaps that puts me in the corner with Toby … another cynical (not quite as) old man.

Anyhow, like many other things in my life … who cares

a) So what?
b) I play stuff that’s nothing like what anyone else plays or has played (thank g_d)!

I think this copyright stuff is hard. I’m glad Ed Sheeran won, as the whole case seemed silly. Loads of pop songs out there are based around standard chord progressions. I wasn’t there of course, but seems highly unlikely a guy of Ed’s talent would have ripped off someone else. But if he’d heard some chords and melodies he liked at some stage, and played around with that - what would have been wrong with that?

However in general use I think the needle falls too far in the direction of existing artists & existing record labels. Why should it be that the record labels get the ad revenue when someone uploads a cover to Youtube, whether they’re an amateur hack or pro guitar teacher? For centuries, the same songs have been played over and over, and nobody “owned” them. From Mary Had A Little Lamb through to House Of The Rising Sun. Of course people are more likely to want to listen to a world class performer. Seems ridiculous that the labels would take copyright claims on the 1000’s of covers. I think it’s different if someone passes a song off as their own - but background music, educational videos and amateur covers? Seems unfair.

… And then there’s the other side. A professional top tier act should (probably?) need to pay the original songwriter for songs they use or cover, otherwise the most popular acts could just re-perform great songs from new artists and their versions would become known as the canonical ones from the mere fact they’re more popular.

I got sucked into this a bit

Based on one YTer’s analysis, Ed Sheeran and his song-writing team, is quite well known for reusing other people’s melodies and often gives those artists song-writing credits. In some cases, when not doing so, cases have been settled out of court.

I understand the primary factor in this is melody. I have a recollection that 7 notes in a melody played the same way constitutes a copy?

If I think about this genre of music, let me say commercial pop for radio, charts etc then we could assume the chord progressions are likely to be common diatonic progressions. Then when I think melody you have 7 notes to choose from, but there is note length and rests of different length. Put all those factors into an 8 bar chorus and the maths to calculate the permutations and combinations of notes and rests with lengths is beyond me.

Seems to me that Team Sheeran are happy to borrow from others if it sounds good to them and may contribute to a successful song, happy to pay for the privilege. Given that, was the outcome of this case the right and just outcome … beyond me to offer an opinion.

Everything we do will be influenced by someone else’s previous work and nothing can ever be completely original.
At the other end of the sliding scale, every plagiarism or ‘cover’ will be have differences to the original.
I guess public opinion (the media, social platforms) and of course, the courts are the arbitrary adjudicators of where and when we set and shift that line (I remember when ‘sampling’ was the big debate).
Something I hadn’t thought about before:
Is it worse to ‘plagiarise’ someone’s work knowing that you are doing it, than ‘subconsciously’?

For my part, I wallow in ‘borrowing’ whatever I wish, knowing that if I’m lucky, it will sound similar to the original in parts

(I do point to sources when I’m aware of them)

The most interesting aspect of this to me was the sheer amount (volume?) of music being shared every minute.

“there’s actually no new music being made up anymore”?

True art lies in recognising it

Anyhow, like many other things in my life … who cares

…I got sucked into this a bit

Is it worse to ‘plagiarise’ someone’s work knowing that you are doing it, than ‘subconsciously’?

You steal you want Brian and just make it sound good. I think the big difference is copying someone else’s work and then trying to make coin out of it as your own. Maybe this case I don’t know I don’t really listen to Ed

What do you mean, “I don’t support your system”?
I go to court when I have to

Heres a though - were not far away from AI being able to generate new music thats better than we can, to specific emotions or even with particular artists.

Go look at what Dall-e 2 is doing with images etc.

I don’t think it was even chord progressions in this one. I think Sami Chokri was claiming that 2 words Sheeran used sounded similar to 2 words from his song.

Now that’s a service I would gladly shell out for!

Well, I made it late for the first time in years yesterday, this is all just a bit too much for me, and I don’t really care that much about the plagiarism issues…by the time the big guys start suing me , I do well on the guitar 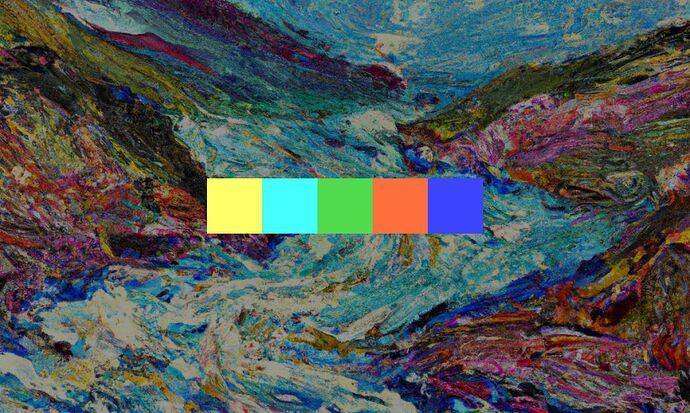 DALL·E 2 is a new AI system that can create realistic images and art from a description in natural language.

You might want to check out what Rick Beato has to say on the subject of copyright. Some strong views some of which are difficult to argue with. As you say a complex issue indeed.