I’ve been working on my palm muting and I thought I’d do a short video to get some critique/feedback from your guys on here. 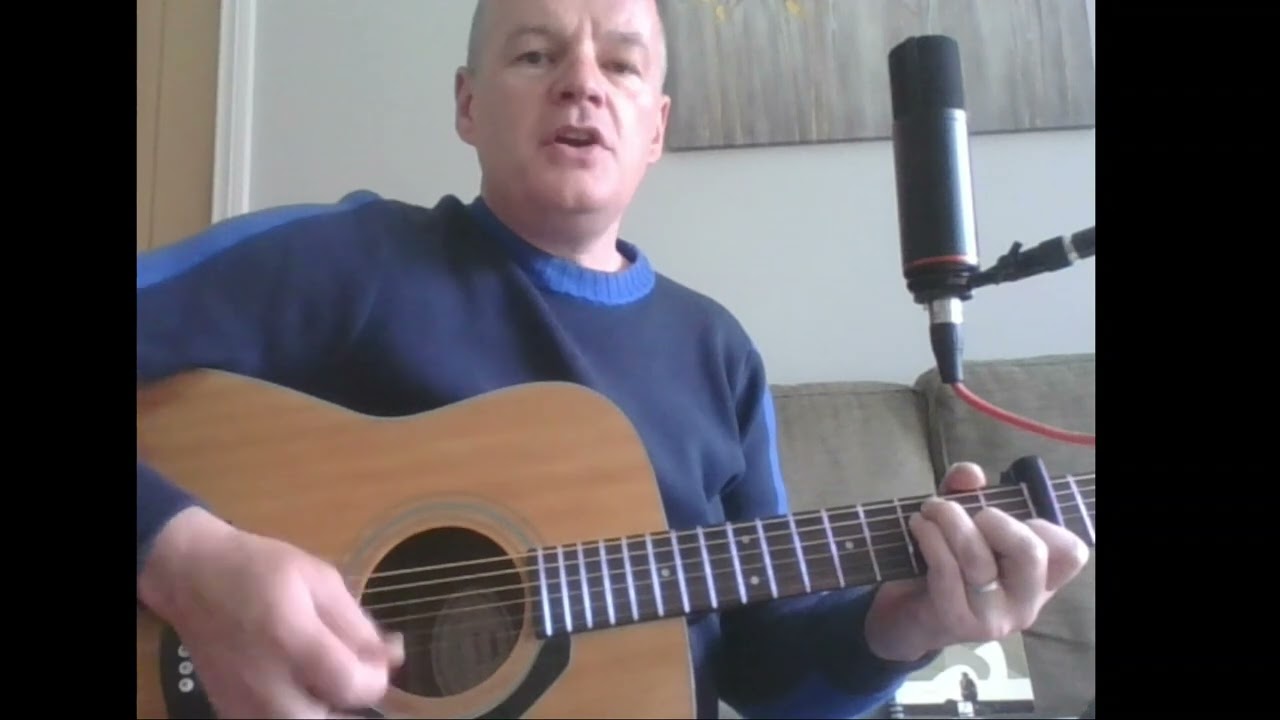 The muting sounded good to me, Sarge.
But that looked more like an exercise in pumping rather than muting
I wasn’t expecting a full song either.
Cool

I am no expert and I can’t do it but it sounded good to me.

There’s so much about your playing and singing that grabs me Stefan. You’re developing a richness and diversity of expression, both technical and artistic. The underlying creativity that flows from your inherent musicality gives your music life and richness. You’ve given us much more than some snappy palm muting here.

Your vocal - one suggestion - 0.42 “You make me feel like the one” Have you tried speaking the lines where you have a higher pitch to reach? Take on the character of the person and exaggerate it. Forget about pitch, be the character. This is a Chris Liepe technique.

Sounds great Stefan love how quickly you are able to learn a new song, bravo!

Well that brightened my Saturday morning. You have got the muting down and the dynamics for the other parts of the song. Nice steady pumping 8s as well, so good job Stefan and good progress. Must be 7-8 years since I last played this and used to love cranking it out on one of the electrics. Good tester song !

The strum change you do on C to G, maybe the timing goes a little off. I’ve seen Kelly do the strum change on the C to C after the FMaj7 and I think sounds good, worth trying. I also think Kelly moves to up down up when he does it which I think sounds better than just removing the palm muting.

But very nice, enjoyed the listen and great singing!

Nice cover in the overall sense.
I know where @brianlarsen is coming from.
Those pumping eighths are working well.
The manner in which you play them is slightly disguising the effectiveness of your mute as you hit two very short strums on one or two strings only then a slightly longer strum then a short one again, on repeat. The longer strum is definitely muted so I reckon you must be doing it all okay however. And good stuff.
I used to play this one in my band and loved the bit when I kicked on the ‘big sound’ on my fx pedal for that lead line when the lyric ‘you made me feel like the one, the one’ comes in.

Another cracking performance, Stefan, starting to run out of the compliments as you keep upping your game every time you come out to play.

Your muting was well executed.

I don’t know the song, so not sure what you were shooting for. That said, was it intentional to catch the high strings in the verses? It sounded good throughout so not an issue, just a little inconsistent to my ears. And maybe need to shift the hand position when playing some chords?

I thought the switch back to the muting was cleaner in the second transition, really crisp and clean, compared to the first time when it seemed to blend from ringing to muted over a few strums.

In those comments I am trying to be super picky, largely because you asked for it, and it’s all I can pick up on that may be of use to make what is good even better.

From a recording perspective, and again super picky, the ending of the video seemed a little abrupt. I’d suggest pausing for a second or two, perhaps with a @sairfingers -esque smile for the camera, to allow us a moment to absorb the end of the performance, appreciate it, and allow the final chord to ring to silence, and then hit the stop button. I think in this case that would work well.

Thank you everyone for you feedback and kind comments. You are all so supportive and I really appreciate it. You just never know if you’re doing things correctly when you just practice on your own, so I thought I’d better check.

@batwoman Thanks for that Maggie, no I haven’t tried speaking it but I will give that a go. Blast these songs and their high notes.

@skeldol Leon, I’ll check out Kelly playing it and see how he does things. Thanks for the suggestion.

@DavidP Thank you for that feedback David, it is very much appreciated. Like I have said, just doing things on your own it needs checking with others as I don’t want to carry on doing it wrong. The end was abrupt because I didn’t do the full song. I did contemplate it but then I was only doing it to get feedback on the muting. It goes on for about another minute and a half.
I too enjoy @sairfingers smile at the end of his songs but like I said, it was a cut down version.

Don’t know the song Stefan but the pumping 8’s and the muting sounded good to me. A great vocal too. I thought the whole thing was really good. The thing is if you play a full song (or almost full song) then it’s the overall package that we enjoy.

My suggestion would be that if you want opinions on a specific technique then a 30 second take that focuses on that particular thing is what you should video.

As for a smile at the end of a song…….well that’s the easy bit.

Blast these songs and their high notes.

You can hit these notes Stefan, I’ve heard you do it before. Chris calls it ‘speechifying’ and it works.

Thanks for the listen and the feedback Gordon.

Yes, after you saying that and using some common sense, 30 seconds would be better to garner peoples opinions.

It is, it’s the relief you’ve got through it all.

That was great. I wouldn’t be able to detect any technical errors. I am practicing palm muting right now myself for Have you Ever Seen the Rain… at a much slower pace mind you… and it’s definitely not easy.

Thank you for the listen Sandy and the comments.

It’s not easy but as always it is getting easier.

Thanks - all sounds great - the muting effect, the timing and the stamina! I really want to learn this technique.

Listen to us silly humans having to put labels, descriptions and names on things. Muting, schmuting, whatever, whatevering. Good is good and that was good. Well done sir.