indeed, master of puppets is popular, especially right now.
thanks for the lesson!

There is a Song Request feature here: 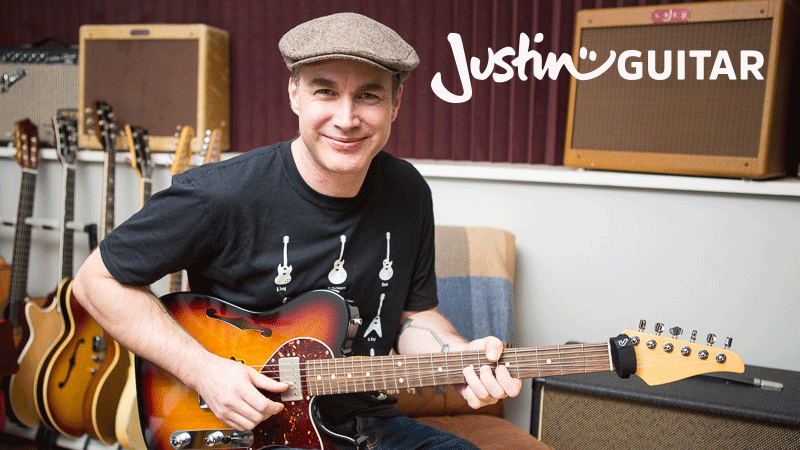 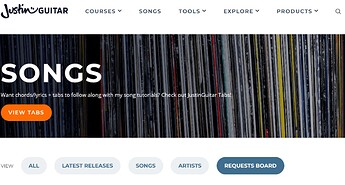 Master of Puppets is extremely popular at the moment - even my 11yo son is listening to it on repeat (which his father definitely encourages). But it is also a hard song to play… even the rhythm section. As such I’m not sure it would be a first choice for Justin to do a lesson on it… sad but true…

Any particular reason why it is so popular now, Kasper?

Know how you feel about sons and music taste, ever so glad my son fancies AC/DC and Black Sabbath. Now if I could just get him more into Purple …

Extremely popular netflix show “Stranger Things” had a very popular character play the solo in a pretty epic moment in the latest season.

Extremely popular netflix show “Stranger Things” had a very popular character play the solo in a pretty epic moment in the latest season.

Exactly! Earlier in that season Kate Bush had a huge come-back with her song “Running Up That Hill”… and in the last two episodes Metallica (wisely) cashed in on that idea, and had their song included in the show. Awesome scene, and a masterful business decision from the Metallica team

This is the scene They actually re-recorded the part that the character is playing. And interesting enough, it’s the Metallica bassist son, Tye Trujillo, who recorded most of the guitar parts

Tye Trujillo, who recorded most of the guitar parts

Did not know that, pretty awesome!

Thanks guys. Haven’t watched that Netflix series. And to be honest that style of metal isn’t my thing nor in all probability the series based on the clip. But what a great opportunity to get visibility for music, and I am sure it tops much of what is pushed through TikTok and goes viral.

Now if I could just get him more into Purple …

Missed opportunity, you have to do it before they are out of the cradle !

It would be super interesting to see Justin do that. I know he doesn’t tend to really do metal - think the heaviest he’s done lessons on is Sabbath? I’d be interested to see him play Master of Puppets. Maybe it would be quite time intensive to make such a detailed lesson though when it’s done to his high standard of lesson quality

One thing I like about Justin’s lessons is that usually there’s an “easier way” and then the more difficult “authentic” way to play the song - or there’s songs where you can put your own stamp on it. I think with Master of Puppets - there’s really only one way of doing it - and it would require quite a lot of technical practice for even a skilled player that doesn’t play metal.

There’s probably a load of metal specialists on YouTube with good lessons on it already.

But yes , agree it would be cool. Let’s see if Justin does it.

Did anybody follow the link Richard provided in an earlier reply on this Topic? First person makes the request and others that follow ‘like’ the request. Justin does use the list and doesn’t just automatically pick the most popular requests for song lessons. All that I think is certain is that if nobody makes the request there is no chance I’ll just pick it himself, though you never know, if he is also watching Stranger Things, and likes a little thrash metal…

Master of Puppets is currently #41 on the request list and Justin did express his appreciation for Metallica over the years multiple times. He even did Fade To Black lesson recently where he did ask at the end of the video what Metallica song he should do next. I think he said something along the lines “Should I do One next? Do you prefer older or newer stuff? Let me know.”

Also, as someone who never watched Strangers Things, I did not know what to expect but that was weird, something I would probably never watch on my own. But at the same time it made me feel really good. When there’s an alien or demonic (or whatever these beasts were) invasion, metal music will save us all

one thing that kinda anooys is me is…i was around since this song came out and pop and pop culture fans didnt appreciate it for the 35 yrs it was out and would most likely wanna turn it off if it was playing but, now that its on a popular show its the best thing since sliced bread. i’m not tryin to be a metal elitist, im too old for that lol, but us older metalheads were always against trendy ppl and to see something like this its like meh…whatever though.