We’ve been working on some Point Fifty songs and this tune here is “Roadkill”.

The vocal style is very “accessible” on this track and we think the song is even radio friendly enough for regular rock stations.

Our guitarist is no pro at mixing but he is diligent and patient.

We make what we want to make but checking the feedback loop has always been valuable.

The JustinGuitar Community has broad tastes, there is variation in specialty and experience … so it’s an excellent target group to get different kinds of feedback.

,and of course the

About the song itself

I’d like a limoncello with ginger ale and prosecco…but I don’t know more about mixing.

about the combo of this vocal style and the music

Interesting song! Fast and pretty “cheery” instruments with a not so cheery text!

Like the vocals a lot actually, enjoy a good strong but clean voice. He does some fun things as well (around 1m36 fe)

Can’t say much about the mixing I’m afraid!

Any other songs/available for listening? Spotify or so?

Any other songs/available for listening? Spotify or so? 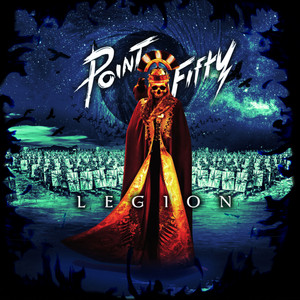 Played the tune a few times in a row to get completely familiar with it. Bridge is missing something but since it’s draft 1 I assume, you’ll add the missing parts (the same goes for the solo, this type of a song screams for a solo haha).

Can’t comment much on the mix, it is very clear a.k.a. everything comes across without too much/without any mud in the sonical spectrum. Again, suits the style of the song.

Ah! Also on the Legion EP? Like your voice in that case!

Have had the EP on loop for the last 4h, really nice to listen to!
Soundwise it reminds me quite a bit Cryhavoc! And a few others but that one immediately came to mind

Ah! Also on the Legion EP? Like your voice in that case!

Yes, that’s me as well

a 5 song EP on loop? you can be backup guitarist by now

you can be backup guitarist by now

Sure, I’d be down for that! If you guys want to start making slow garbage metal, I’d fit right in!

I’ve got nothing constructive to say, but it’s an awesome song!

I really enjoyed the song, great playing from all of you guys involved. The mix sounded good to me as well.

Just one thing and this is a personal view, the singer has a great voice, which I really liked but it just felt and I’m not sure if I’m going to explain it right here, a little soft for the song. He needs to make some of his words punchy, if that makes sense? I hope it does, as I can’t think of how else to explain it.

Great work from all of you though. Bravo!

which I really liked but it just felt and I’m not sure if I’m going to explain it right here, a little soft for the song. He needs to make some of his words punchy, if that makes sense? I hope it does, as I can’t think of how else to explain it.

Great feedback, thanks
Yes it makes sense and I know what you mean.
I’ll relay it to our singer, who is me

Absolutely not! au contraire, this kind of feedback is the most valuable of all. something you noticed and an alternative way to do it. I love true, open communication.
It is something that was on the balance of sounding a clean versus sounding sloppy. The first takes were more punchy…but also sloppy. I think we might need to go and find that sweet spot in between.

Sounds wicked.
Now Mrs D isn’t at home I can crank it up to the volumes it should be heard at.
Love the relentless energy.
Bass has a great guttural twang to it around the 2 minutes mark.
I like the contrast of the vocal with the music. Screamo, or OTT vocals have been done to death.
Plough your own furrow.

That was great! It passed the

wife: “turn it down, you’ll damage your ears”

Hi Lieven I listened to it few days ago but never had a chance to comment. So I think it was great, it reminded me a bit of two things - one it would be great with a TV show from the 80s sort of like Power Rangers, it gives me the same vibe as theme from this famous show

it also gives a bit of a Tenacious D type of vibe, which is great! Especially the vox and how you sing it.

A suggestion I would make? Perhaps a bit of consideration into how drums sound, I felt it was bit soft comparing to the rest of the track, other than that great tune!

Pretty good quality song. No comments on the skills of the musicians, all great!

I don’t know why, it reminded me a bit of the transplants. Hadn’t listened to them for years though, and doesn’t sound like them.

Some thoughts on the song and mix. I figure you like direct feedback, and I’m no pro at all, so take or throw out what feedback you like!

Right at the end of the intro solo, there is a half bar (about) where it feels like the song loses its energy, where that note is held. Song goes on but feels a bit like dead air. Might sound better launching straight into the verse, or doing a full stop and go?

Like @adi_mrok said, I immediately noticed drums were too low. Bass drum needs to kick me in the chest with this stuff to feel the energy, it’s too quiet. Drums need to be on top IMHO. Bass guitar needs to come up a bit too maybe.

I think this kind of song wants to be really energetic, with a beat that makes you want to mosh (or at least nod your head), so I’d look for anywhere that saps the energy and amp it up. Stops/pauses (with drum and bass continuing usually) with this kind of stuff work well IMHO.

But I’m just an inexperienced guy full of opinions!

It’s not my genre-
but it is good!

Agree with Luka, it could do with a solo.
Message me if you need assistance

Sounded good Lieven. Thought the song and the vocal itself was top notch. From a mix/recording perspective I’d agree with a few other comments. I felt the guitar dominated and something needs to happen on the drums and bass. Vocal also felt a little low in the mix. Also needs something to break the song up a little a solo has been mentioned and that would work…also perhaps a drum solo might work.

experience doesn’t matter; this is great and valuable stuff