I am confused with the power chords lesson and the app. Mostly about when to use the Root-5 chord or the Root-6 chord. I’d need some guidance please. 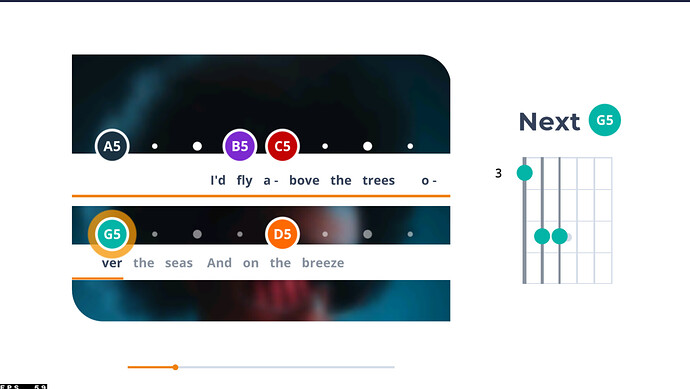 Another example of song in the app. 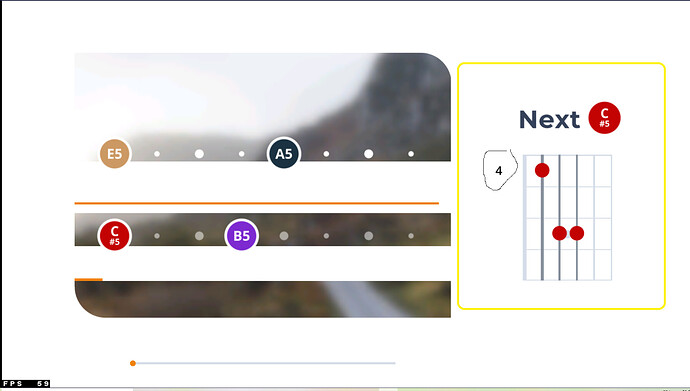 You can really do whatever you want. The musical term for it is voice leading. Making good changes between chords when you have a few options to work with.

Practice it both ways and see what works for you. Or you can see how the guitarist on the recording does it and follow that.

@MusopiaApps thats not a very good way to write a C# power
chord. Not very clear. Especially for an app that teaching
beginners.

As @stitch suggests, it’s about reducing movement. A sixth string power chord and a fifth string one will pretty much sound the same (especially with a bit of dirt).

In fact, it’s not a bad exercise to do this, as it helps reinforce where these chords are.

The app, I think, is trying to direct you to the chords based on reducing your movement up and down the fretboard, but this is not the only option you can use.

@Thejoechoi sorry, but I don’t see where voice leading comes into this.

I still don’t see what voice leading has to do with it.

Voice leading is, largely, written into the composition, and is about using melodic lines to build harmony.

With power chords, you only have two notes in every chord, so the ability to do voice leading is very limited in the first place.

The choice is largely arbitrary as they are exactly the same notes in these chords. A good reason to choose one rather than the other is to minimise hand movement across the fret board.

For instance, if you are already playing the root 6th G# power chord on the 4th fret, it makes a lot of sense to chose the root 5th C# power chords as that is in the same fret position, whilst playing it at the 9th fret is quite a big physical jump.

But that minimising of hand movement choice has nothing to do with “voice leading”.

@mynoud I agree with all the advice here.

A last question, what is the relationship between the two D Power chord at fret 5 and 10 in the example ? They have the same note, but do they have different sound? Are they an octave higher?

They are in the same octave, just different strings and frets, different tension, distance from pickups etc. hence a different way of how it sounds.

If you want D5 power chord an octave higher you need to go to fret 17 5th string and 19th 4th string.

They are in the same octave, just different strings and frets, different tension, distance from pickups etc. hence a different way of how it sounds.

As a beginner, you can treat them as two ways of playing exactly the same thing.

A thing to do, of course, is to try this out: play them both and listen to the differences.

Wow, that was interesting, thanks everyone !

This discussion picked my curiosity a lot. Is this something that is discussed further in a module in the theory course ? I only did the first two modules and plan to continue this summer when I’m in vacation. But I see that I may be already missing out interesting stuff.

I see that strings instruments like guitar are quite different than wind instruments. I used to play alto saxophone in high school with music sheets. The first three buttons made a G note and you could push a key to make the G an octave higher. That’s it, two possibilities. I see that the guitar offer way more sound possibilities, mostly because there are 6 strings of different size. 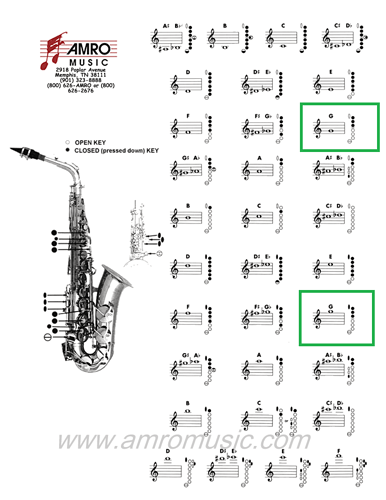 The biggest difference between fretted instruments and others like Piano or wind
instrument is a guitar has multiples of the same note.
A piano has 1 middle C a guitar has 5 middles Cs. All in the same octave. So you can
play the same C5(power) chord on 5 spots on the neck. where as a piano you can only
play that chord in one spot. Every other place on a piano is either in a higher octave or lower.

Fretted instrument like guitar, violins etc are the only instruments that you can play the some
note frequency in multiple place. Making it a very versatile instrument .

I had the wrong term. There’s no order difference in the notes and Richard says below.