The Beatles - A Day In The Life (Cover) Good afternoon everyone,
I had a crack at this Beatles classic and thought I would share it here

Other than the difficulty of the vocal in places, I’m struggling with the transition from the verses to the bridge and the B7sus4. Any advice would be more than welcome!
Happy weekend to all!
CYPGMB

That was amazing Iain! What a difficult vocal, and you aced it. Your guitar play was terrific too. So many awkward chords and tempo changes.

I would never have thought of this as an acoustic guitar song as the original is very over produced, psychedelic and contains every instrument under the sun.

You’re the king of the Beatles covers my boy!

Very nicely played and sung, I didn’t really see you having all that much trouble playing the chords; which version of the B7sus4 are you using? There are a couple that would fit in but it’s all down to which you find the easiest to fit in with the changes and sound you want.
This is the way I would be playing it:

@sairfingers thank you for listening, much appreciated as always! You’re right that it might sound unusual now but it was initially just John and an acoustic guitar. You can hear the early demo on Anthology II if you haven’t already heard it!

@DarrellW thanks for listening, Darrell. The tab I found had the barre version of B7sus4 but there was no way I was making that change quickly so I dropped the little finger off fret 5. Your version looks doable for sure, I’ll try it next time I play it through

That was great, Iain. You sang and played it very well. Spot on, it was initially just John and an acoustic guitar. It sounds unusual when you’re so used to hearing the all bells and whistles version, but I think there’s also something special when it’s stripped back to just the acoustic. Chris Cornell does a decent acoustic cover of it on YouTube. I look forward to hearing more from you mate, that was top notch.

Mighty fine playing and singing, Iain. I think this may be the most challenging cover I can recall you taking on, and you delivered an outstanding intrepretation.

Hi Iain, it’s always a pleasure to catch up with your avoyp.
You ask for feedback so I’ll be your remote guide.

You have flying fingers and I advise you to work on that and aim for minimal, efficient movement within and between chords.

Check these two screenshots of Em and Em7. 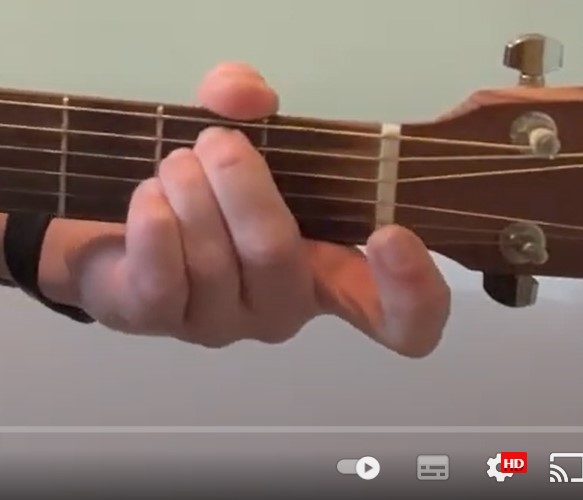 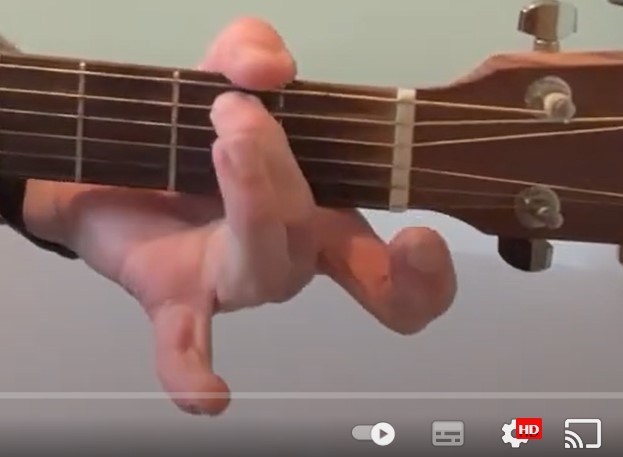 In regard to B7sus4 … it is a tricky chord to land on directly from another chord. To build up to it I would suggest using an open chord equivalent - namely A7sus4. Play and E chord then shift to an A7sus4 played with fingers 3 and 4 only. Those are the fingers you’ll need to use for any barre chord version of the same shape including B7sus4 two frets higher. Your index finger is fine, it is the other two that need the dedicated practice. once they are trained up to go immediately to their necessary positions start doing changes from E to B7sus4 so you bring your index finger barre back into play.

That was superb, my Boy!
My favourite one yet.
Flying fingers here or there, I really enjoyed your camera view of all the chords you were fretting.
Well done on the vox

@Richard_close2u thanks for listening! Comments like these are one of the reasons I post covers here, otherwise I’d just upload them to YouTube!
I think this shows that I’ve perhaps neglected the basics because I used to practice the minimum movement exercise at least half an hour a week.
You have shown me that I need a daily practice schedule that focuses on technical improvement rather than focusing too much time on covers. Maybe a 50/50 split

@Socio hi mate! Thanks for listening, appreciate it. I’ll definitely have a listen to the Chris Cornell version, although his vocal take will probably lead me to retire my own because he was a master.

@brianlarsen thanks for listening! Need to work on flying fingers. We’ll see if Justin’s lesson does what it says on the tin, that’s for sure.

@DavidP thanks for listening! It was one of the hardest I’ve ever done, especially the vocal. I think you can hear that it’s a stretch to be fair

Hi Iain, Yes, he has some voice on him but you have a fairly good singing voice yourself mate. Here’s the link to the video I was thinking of A Day In A Life - Chris Cornell Cover.

Hey Lain! Man, you nailed it. And those vocals are awesome. I haven’t picked up my guitar for 3 weeks… just a busy start to the year I guess but after seeing you play this I decided to pick it up and give the song a try. Within a minute of playing I’ve just noticed that for me it is much easier to play the G from the first verses as a barre chord on the third fret and just slide down to the second fret for the Bm. Thought I’d just quickly post it here before I continue learning the song!

@Socio what an amazing cover. He truly made it his own. Sorely missed as well. Thanks for sending me a link mate.

@charliecenta thank you for listening! How did I not see that a G barre would be far easier

talk about making a rod for your own back!

This song is deceptively hard in parts with guitar and singing. But I think you nailed it! Great work.

Iain, I thought that was great. I’ve always liked this song, but I’ve never had the guts to learn it because of the vocal part. You did awesome.

You have an amazing voice!! I’m very jealous. And your guitar playing is great too! Overall fantastic job!

I have to put this up as one of your best. Knowing you and seeing the title, I thought MMmm A Day in the Life on acoustic Mmm ??? But you nailed it and made it work and work very well.
This is one of my favourite Beatles songs but this cut back version was great and I think your vocals went a long way to carry that off. Well done !

@J.W.C thanks for listening! You should give it a go. I think you’d do a sublime cover

@glomp.monster.guitar thank you, that’s very kind. The vocal was particularly difficult during the transition from John’s section to Paul’s section but I gave it my best shot.

@TheMadman_tobyjenner thank you for listening! It’s one of my favourite Beatles tracks too and I nearly didn’t record a cover for that reason. The chords sounded quite nice on the acoustic so I gave it a go!

This is mega! Don’t know what to say apart from “I’m jealous”

Flawless vocals, instrumental and vibe as well.
Keep it up!