The Notes Don't Matter: A lesson in improvisation

This video has significantly helped me improve and enjoy improvisation. I’ve been playing for a a few years now. I know the major and minor pentatonic scales, the major and minor scales and the modes. I can play them in any key. My picking hand is improving. I know some classic licks and riffs. I can play along with backing tracks. I can use a looper and yet, it was still a struggle to come up with something I felt was consistently reasonably good.

Then I came across the video below and it explained a huge piece of the puzzle. Sometimes I’d listen to a track by an expert guitarist and try to improvise along, copying some of the phrases as best I could. Then I’d make a loop and try again and it would be good, for a while, then I’d lose it and not know why. I wasn’t exactly copying note for note, but I was enjoying it and creating some enjoyable music. So what was going on? What was I losing? Some of you may have had the same experience.

The answer is “rhythmic vocabulary”. It’s something I’d never given much thought to and I can’t recall learning about it in any of the many lessons I’ve watched online. The online information is generally showing you how to play “the right notes”. So one ends up thinking melodically. Which note should I play next? Which scale should I use? Which arpeggio will work with this? Do I need to make the changes over these 7th chords? Should I be concentrating on chord tones? You know the stuff. Never giving much thought to the rhythmic patterns being used.

The video below is saying don’t worry so much about the notes, you already know them. Think about creating a groove. Get a cool groove going because that’s what makes it musical.

Using his ideas has made improvising much more enjoyable for me. It is also much easier to jam along with others. You still need to learn licks but interestingly I’ve found that you can take a lick, modify the groove and it works in a completely new way. So learn licks and apply them in different ways rhythmically.

The lesson is more in the context of jazz but the overriding idea on getting a groove going is easily understood. If you can understand it and apply it, I’m sure many of you, with the same struggles that I have, will get a great deal out of it.

It’s easy to test. Find a simple rhythmic pattern, tap it out, then start using a pentatonic scale with it. If it’s a cool groove then even random pentatonic notes will sound good. As the fellow says, you need to “dance” it out not “math” it out.

I’ll admit my rhythmic vocabulary is lacking but it’s something I’m giving a lot more thought to. 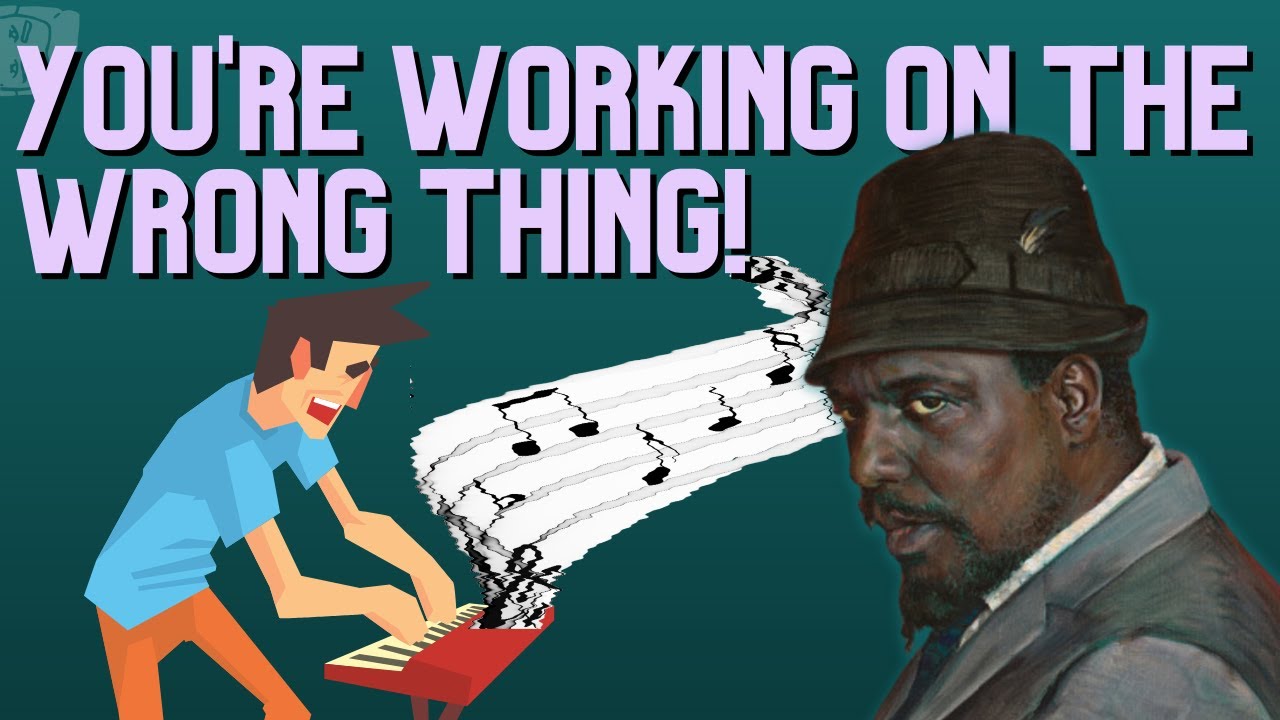 Thanks Matt, another piece for the puzzle

Saving this for later a just off out. Sounds very interesting and I understand exactly where you are coming from. This might actually put a label on or explain the direction I’ve been heading recently without knowing it. Maybe starting off with a set phrase but then wandering off around it and just letting it flow unconsciously. Food for thought ?

As you say very Jazz biased but certainly worth a watch. Tried some of the exercises, despite not quite getting the full rhythm and accents in my head. And oddly enough “wrong” notes seemed to work. Played a Bb Minor pent of the last section and chucked in random notes here and there but trying to stay with the “groove” and it sound ok much to my surprise. Have you applied this to a more Blues style arrangement ? My logical mind says this should not work or maybe with the seeming randomness of jazz (well to me anyway) it works better ? Something to try later.

Yes it works with blues and rock. You just need to come up with a blues or rock rhythmic pattern that sounds good to you. I can’t easily tell you how to do this. Try this. Keep it simple and don’t use a backing track. Use your preferred pentatonic scale. Pick out a simple single note rhythmic pattern/groove over say two or four bars on a muted string. Keep the groove going and play with the pentatonic notes. Just have fun with it and move your focus from note selection to staying on that rhythmic pattern. Modify the pattern to vary things up or try a new pattern. You have to ‘move/dance’ with it. It’s music, not a mathematical exercise in note selection.

Dizzy Gillespie(maybe): “Think of a rhythm and put some notes on it.” The rhythm activates the notes, not the other way around.

Thanks for the “exercise” BTW when I said random notes, I did use mainly scale notes out side the pentatonic when I referred to wrong notes but yes I did add the odd chromatic run with notes out of scale.

Yes I could have been clearer. I’m trying to say that randomly playing the scale notes with a groove can sound better than playing the ‘“right notes” (e.g. the correct chord tones) without a groove. Or something like that.

Have you applied this to a more Blues style arrangement ? My logical mind says this should not work or maybe with the seeming randomness of jazz (well to me anyway) it works better ?

Yeah, that’s my take on it too. I can’t see how this applies to anything other than jazz/swing. TBH, jazz just sounds like random notes to me anyway!

“The notes don’t matter”? Even my poorly trained ear can tell when I’ve played a bum note.