I bought a Manson Meta series MBM1 on thomann.de. When it arrived it had oil stains on the back of the neck. So sent it back for replacement. It’s been over 2 weeks and they emailed to confirm they had finally received it back. Since than I have been reading some reviews which don’t paint a great light of customer service when returning an item.

What is your experience with buying online from thomann? Have I made a grave mistake?

Bought my guitar and some other stuff on thomann.de. Delivery within 2 days of a well setup guitar without any damage. Had no problems yet. Questions about my guitar were replied immediatelly. Good experience for me so far. Maybe it’s worth trying to call the customer service instead of emailing?

I’ve ordered a guitar there twice, and several times other guitar stuff there…I think something like 8 times…the communication goes well with the staff, for example for a partial delivery, things arrive neatly… …i often have to wait an idiotic long for my guitar for example…the last one was 9 days while it was in stock…i live in the netherlands and it comes from germany for the sake of completeness…Everything I ordered there was more expensive at the Bax shop, despite the fact that they make it appear at Bax whether it is all on offer / discounted, so that is not correct … Thomann is therefore fine for me.
Greetings ,Rogier

Over the last few years, I’ve bought a guitar, some amps, a pedal & some associated accessories from Thomann - I’m yet to have any issues with them, so far it’s all gone well…

Hope it all works out for you.

Over the years I ordered 3 guitars and other stuff from them. I had to deal with customer service over the email when pre-ordering one guitar and over the phone when they accidentally shipped two truss rod wrenches instead of one (they told me to keep the duplicate

It seems that all guitars I received where never opened since leaving the factory, so maybe that’s where the oil stains came from?

I never had to return anything, so can’t comment on that.

Thanks for the responses. I suppose the only gripe I have at the minute is the time it’s taking. 1 week for guitar to arrive nearly 3 weeks to return it for some reason and tracking only works within the UK. So had a long 2week wait not knowing if they got it back. And any emails take a few days to get a response.

Hopefully my concerns are not realised and I get a perfectly working guitar at the end of it.

Thomann is a great company, I’ve bought and returned items from/to them many, many times with no problems at all. Waiting on something is always annoying, but I fear it cannot be avoided when you go from those automated processed into the realms of customer service where some real human being needs to get their hands on YOUR case. The amount of items that goes to/from the Thomann shop is mind blowing

Anyway, I wish you luck and hopefully it’ll all work our fine in the end!

Remember Duncan that we voted to leave the EU so that puts one return obstacle in the way. Then P&O sacked a load of people which has caused endless delays at Dover.

Had the above not been in play then I suspect your guitar would have made it back quicker.

No issues so far but I live in Belgium, right next to Germany…

As mentioned, do not underestimated the Brexit effect

Last year I had cause to send a server from the UK to The Netherlands to be repaired.

It took me 3 weeks to source a suitable packing box (apparently due to the ship that got stuck in the Suez canal causing a shortage of cardboard packaging).

Then, after negotiating the bureaucracy required to send a package from the UK to the EU these days, and having it picked up the next day with a (nominal) 3-4 day delivery, it then sat in a warehouse in Standford-Le-Hope for almost 2 months with me getting daily status changes between “cleared for sending in next shipment” to “awaiting scanning for next shipment”.

Apparently, the customs facilities have been so overwhelmed with paperwork that they were unable to process everything resulting in a huge backlog and massive delays.

It wasn’t that long ago when I did a return (to Thomann, in fact) which was much simpler to do, and which got delivered within a few days.

For some unexplainable and, apparently unpredicted reason (cough) we suddenly seem to have got bogged down in “red tape” which wasn’t there before, and it’s due to get worse again soon…

Much worse by some accounts, as increased border checks start to kick in.

Apparently there is an ever decreasing supply of truck drivers and haulage companies who wish to put up with the bureaucracy and long queues required to transport goods between the UK and the EU.

So it’s not really Thomann’s fault.

At least it’s just a guitar return and not food imports destined for our supermarkets, or UK goods being exported for sale to help grow our economy.

Dealt with Thomann for years when I lived in UK and last 11 yrs in France. No issues with either their 30 day money back guarantee or warranty work that happened a couple of times. They supplied 9 of my 11 guitars and all of my recording gear, amps (bar my ancient Marshal) and accessories. I have only sourced cables via other resources, when their speedy delivery has been of “prime” importance. My nearest gear shop is over an hour away and was a Covid hotspot.
The root cause of your issue is likely to be linked to something that happened in 2016, can’t think or say what though, as I vaguely recall it could have been political. It will be stuck in a container so may turn up later in the year. Fingers crossed not Thomann’s fault though.

Guys and gals, my first experience with Thomann a couple of months ago was very good,the order went smoothly etc.

Today I took delivery of some new pickups from Thomann. While delivery was smooth, the packaging of the pickups themselves is like a train wreck. Look at the pictures below. Each of the three bkxes that have the pickups in is half opened even though there’s a label covering part of the gap. The plastic boxes are also cracked on various places but the pickups inside appear to be wrapped in some kind of film.

What’s yoir opinion, is this acceptable or should I contact Thomann for a return/refund? 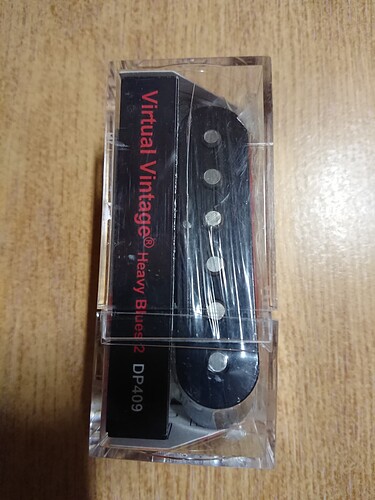 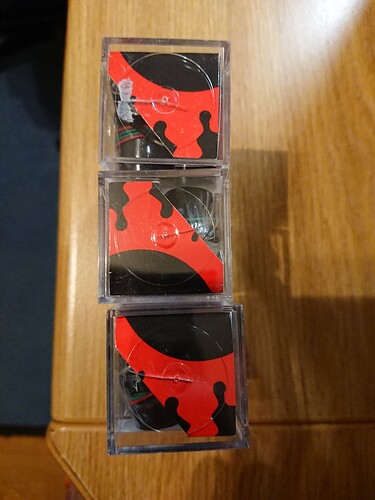 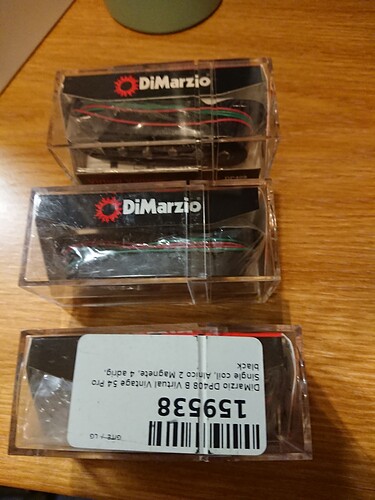 That’s a bummer, looks like your package took a beating on the way.
Pickups are quite durable though, so likely they are fine. And once installed you will quickly forget the packaging.
I would go that route, first try to install the pickups and see if they have a defect, and only then consider sending them back. Otherwise you’ll just be wasting your time to reach the exact same point, just with prettier boxes

Hey @Kasper! That’s one option. I want to keep them to be honest and generally i k kw packaging is only… Packaging…
I wonder though, firstly, I bought brand new so it should arrive in such condition. Some bubble wrap would do.
Secondly, how do I know tjeu haven’t previously unboxed,kicked about a bit and then returned?
And if I unpack them, install them and they’re faulty, how do I prove i didn’t damage them during installation?

I’m so excited to have them and also gutted at the same time!

I’ve been a satisfied customer for nearly twenty years, never had any problems. If I were in your shoes. I’d probably call customer service, tell them your issue, and ask what the best course of action would be. They usually don’t ship out used wares if you haven’t ordered B-stock, at least in my experience.
If the pickups work but aren’t in the best condition, even just optical, you could ask for a reduction of price. Otherwise, ask for a replacement if you’re really unsure. They’re usually very forthcoming.

Each of the three bkxes that have the pickups in is half opened even though there’s a label covering part of the gap.

Looks like you pick ups where inspected by customs.

I’ve ordered with Thomann a few times now (2 guitars, 3 amps, various cables and whatnot) and was always happy with the delivery times and state of the product(s) when they arrived. I typically even order the B-quality stuff because it’s cheaper and never had an issue (though YMMV for that).

Hi @Rallyco!
I’m pretty sure i didn’t order B-stock. They weren’t advertised as such. Perhaps UPS was playong catch with the package. But I’ll do just that, I’ll call them today and explain.

Looks like you pick ups where inspected by customs.

Hey @stitch! The delivery was from one EU country to another EU country (from Germany to Greece) so there aren’t any customs controls.

Contact their customer service explain the situation and what you would like to do. If the pups are shot, you have put Thomann on notice and if installing them voids your warranty you know not to install and get them replaced.