Using a Digitech Trio+ with a Boss Katana 100

I’ve been asked if I can post the cabling to support using the Digitech Trio+ with the Boss Katana 100 series amps, as I have previously stated that this was “non obvious”.

Note that, whilst this is aimed at the Katana 100, it should work for any amp which has an effects loop, modelling or otherwise, although it’s most useful for modelling amps.

Also, this requires an amp with an FX loop, so this won’t work for the Katana 50, for example.

Note that rule of thumb to use when using a looper with effects is: record the effect, don’t effect the recording.

The background for this is the Digitech Trio+ has an effect loop (send and return) which is designed, primarily, for connecting external FX pedals so that they can be used in conjunction with the onboard looper. The manual diagram shows this (I have highlighted the FX loop): 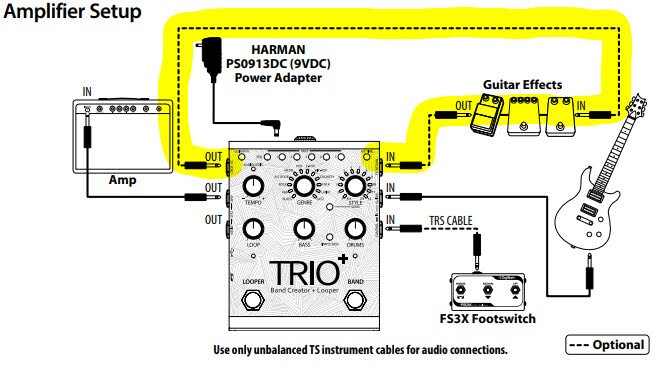 This is fairly straightforward for external pedals, but when using the internal pedals on the Boss Katana 100, a different wiring scheme is required. This wiring scheme includes the pre-amp and fx sections for the Katana into the Digitech FX loop: 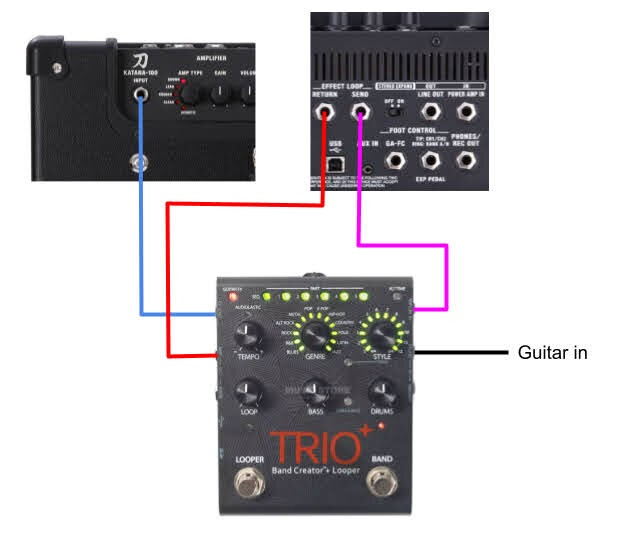 In case this image is not clear, the connections are as follows:

The guitar connects to the Guitar in as normal. 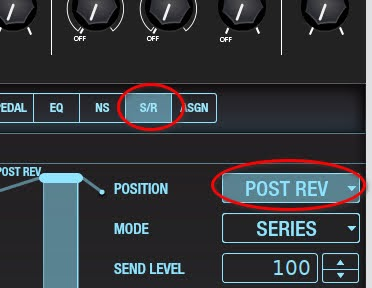 I looked at this before and find it fascinating, @Majik, even though I don’t have a Trio, Katana, or pedals

Looking at the diagrams, please have a look at the second. It looks to me like the blue and red lines leading to amp input and fx loop respectively, may not be plugged into the appropriate socket on the Trio, based on the first diagram?

That’s why I said it was “non obvious”.

What you are doing is putting the Katana’s input stages, which includes the pre-amp and FX sections, into the Trio+'s FX loop.

Had a second look and considered the connections write-up. I think I get it now.

As you say, not obvious, got to be thinking carefully for it to make sense.