I’ve just booked a table for my wife and me for Valentines evening on Monday. It’ll probably end in tears, she’s hopeless at snooker.

…
And 12 other characters too

Even my wife though this was funny.

You’re gonna need one of these (or similar)! It’s the fastest twin engine turboprop made 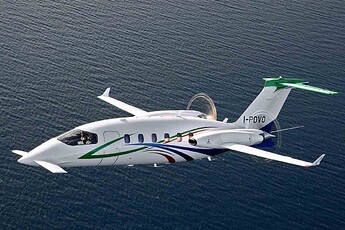 It’s a bit of a beast isn’t it?
I’m a big fan of things that fly, especially home made ones (RC models mainly). Peter Sripol has made a few interesting ones, this being my favourite so far.

Boom Boom !! Was that a Tommy Cooper OP ?

Is that your latest drone Daz ?

Haha nope, I don’t like heights so no way would you get me into anything like that!
I have tried flying first person view (as though you’re flying the aircraft) and it wasn’t really a problem because my feet were on the ground.
This is my latest toy, it’s tiny - sub 250gm to avoid the stupid regulations that irresponsible flyers have got us stuck with! 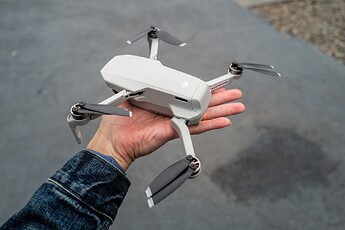 That got me thinking

Are you into RC modelling? That’s nice.
I quite like that too. My own RC is still in the aerofoil design phase though and now that I’ve taken on the guitar it will probably stay that way!

Yeah I really like flying toys, I now design my own sub 250gm stuff for fun - mostly from Depron and carbon fibre or using cling film for covering. I use tiny drone motors and esc’s with micro receivers, also some nice easy to fly gliders. It’s all good fun!

Awesome! I don’t know much about electronics and actuators so there’s my main problem. I don’t know how much space I should account for in a wing for example. But with a drone like that in the pic, you just stuff everything in the body? Does it get hot?

That’s not one I made, it’s a DJI Mavic mini, it’s a fully featured flying camera basically. It’s got a 2k camera mounted on a 3 axis gimbal and a fully featured flight controller including GPS and all of the goodies. It can fly in 3 different modes, Sport - up to 30mph, Normal - up to about 15-20 mph and Stability mode for aerial photography - around 5-10 mph. It can fly for 15 - 25 mins depending upon which mode you’re using.
This is a survey I did for our residents group looking at trees that could cause damage to property in a storm. 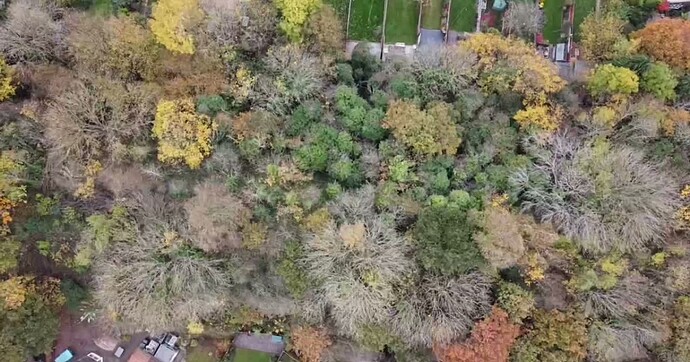 Oh yeah, I know that’s a commercial one. I was wondering about those that are home built

I hope the residents there were alright after the storm in late November last year!

I built a sub 250gm tricopter based on the Simplecopter T mini which works very well, it’s not as fast as the video because it uses smaller motors but it’s still great fun and flies very well.

Luckily some work was done before the really bad storms, it was in their interests anyway because some of the trees there are protected so needed to be protected from getting damaged.

- sorry, just got a bit sidetracked
It all came from my first answer,

I love you, Lieven