When do we learn the B chord?

I found some topics about this for the old lessons, but not for the new ones. I’ve scrolled through the lessons and can’t seem to find it anywhere.

I’ve just gotten to the F chord and was also wondering where it’d appear as it’s the last of the seven major chords, and appears quite often in songs I want to play.

I’m not trying to rush ahead or anything, it’d just be nice to know how long I’ll be waiting for it.

1:
Play the shape of that F but on the 7th fret instead of the the first fret.
This way, you are moving up your “E shape barre”. 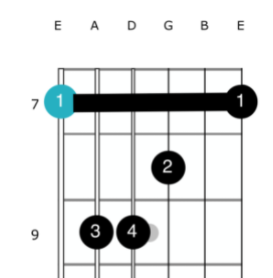 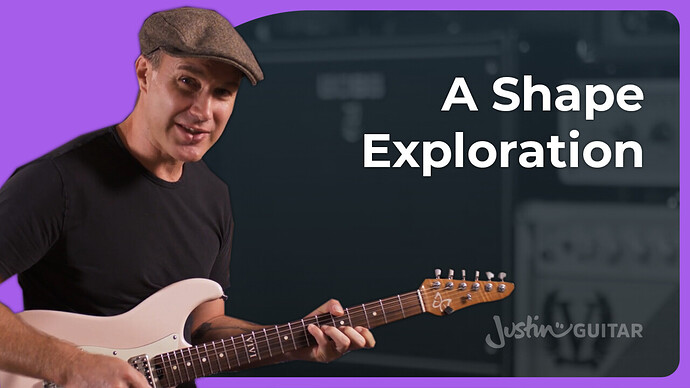 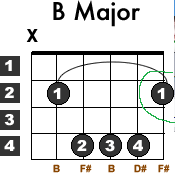 The note in green isn’t mandatory to form the chord.

Want to discover how that works and why these shapes can “move up”?
Get to know the CAGED system:

Introduction to The CAGED System which breaks the guitar neck into five areas of study. Great learning accelerator!

Oh thanks! So I guess as soon as I get the F, the B comes for free - that’s pretty convenient! Though maybe a little trouble if the capo is too high. The second one doesn’t have that though so sounds handy! I’ll need to take a look at that video!