While I was away

It’s been a wee while since I’ve been here, this will be my first post in the new community!
I have been busy though firstly my Shed Guitars, Near Enough Bass 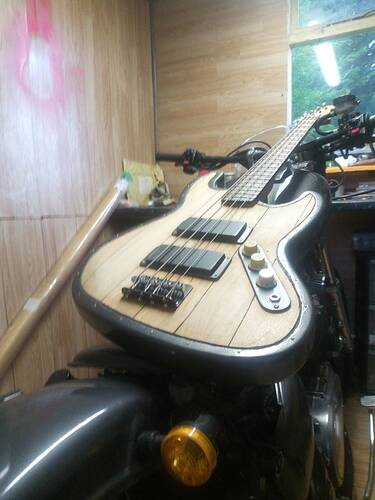 bass3780×1040 83 KB
Its made from a kit I bought years ago but the kit was really bad, the body must of been offset in the jig as nothing lined up, but I was waiting for parts, I figured I had a bucket load of filler so I could bodge it and paint it if it went wrong.
The pickup covers are wooden, I couldn’t get 3D printer time, currently I’m fixing the rough edges
Also the Issy Pop Uke

Oh and I might of built a Virago bobber too lol

Oh with my first post I can only attach one image , so the bike with bass it is then 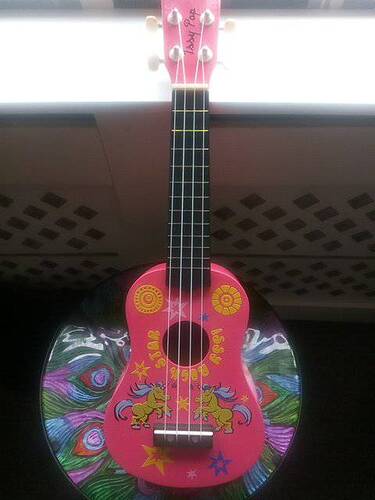 The bass sat for years just roughly built, I had the idea on how I wanted it to look for a long while too but I over thought how I was going to do it, in the end it was just basic tools.
the edge is painted in layers I’m hoping it’ll get a natural patina … in theory it should go paint, primer, rust then metal effect… we’ll see lol 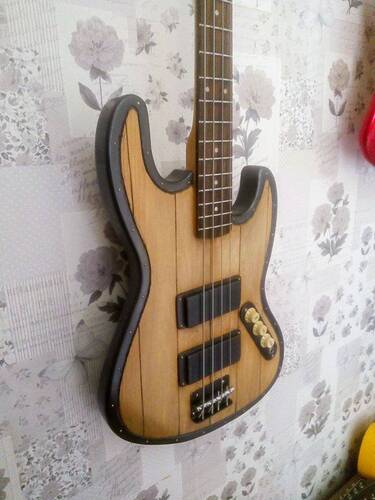 Hi Nige,
Nice that you show yourself on the new forum, I didn’t know the old one that well, but nowadays it has become a guitars (6 string in the first place)

… so are you going to show your guitars now too?

But no joke, that bass looks beautiful

Good to hear from you again, Nige.

Bass looks cools and sure your granddaughter found the uke suitably cute.

My collection… it’s a bit lacking in the six string department! 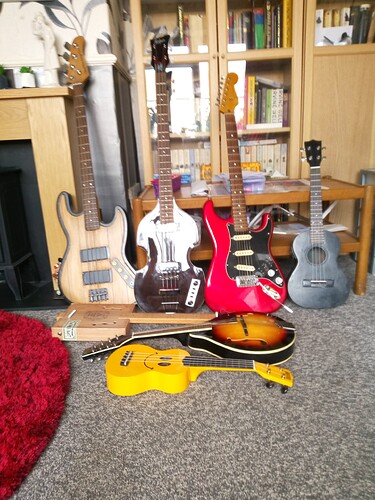 The Strat is is a 60’s Classic Vibe, with a different bridge, phase switches, and really light strings… eights, I was just interested to see what it would be like

Hofner bass really light, its not much of a culture shock switching between that and the Strat, I need to invest in some flat wound strings

Tenor Uke is my first kit attempted, it’s guitar tuned… it had a bit of a do last year when the bridge became unstuck and went poing!! now fixed but it broke the bridge pickup thingy

then the others, Mandolin, uke and cigar box I’m totally useless with those, not much better with the others to be fair lol

I would like a hollow or semi hollow body electric, but my wife’s sense of humour isn’t stretching that far