Why are you studying theory?

Take some time to brainstorm and optimize your progress. And help me help you too!

View the full lesson at Why are you studying theory? | JustinGuitar

To answer - Why am I learning music theory? - my long-term big goal is to able to jam with fellow musicians. I see a couple of guys getting together and losing themselves for hours in this special connection of music and I want it.

This journey is “unfinished business”. I’ve been pfaffing about for 20 years with lessons and instructors and even started Justin’s course about 6-7 years ago. I never learned to play a song! I figured it was time to follow through, and I played “Hey Joe” a few months ago! Go Me! I want to be a real guitar player. Thanks Justin!!!

Hi Team, A typical answer for as to why I am doing theory, through the joys of COVID consequences I now have opportunity to study music . At 58 I have picked up and put down guitars all my life. I want to learn classical so believe I need the knowledge to go the distance: Doing acoustic also for the fun stuff. Back in the day it was all book based, nowadays it’s a whole different interactive experience, hoping this time to nail it! JRLH

For me, turning to guitar at 56 yo is about learning, finally, about and to be with music, rather than simply passively listening.

For the simple reason it has expanded my playing. Justin’s PMT along with the not to be missed theory articles and Tips from @Richard_close2u ( on the “old” forum but here coming soon ) have made me a better player and given me a wider understanding of how and why music, especially on the guitar, actually works. MHO ? Invaluable. 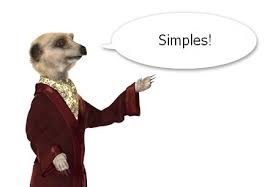 Studying music theory is learning how to fish. I feel that without the theory behind it, each song that you learn is just another fish, it’s good in its own right but soon you’re going to need another song (fish). Understanding the theory, all of a sudden, a song is no longer just some random string of chords and instead it become a progression.
You can now look for the progression and you’ll so realize that there are lots of songs that are “the same”. And you’ll know, without even hearing it, how to make changes or additions that will sound good. For example, you see a I-IV-V and you know that putting a vi in the second spot will sound good.
The other big advantage is the ability to communicate. In my example above, with theory you’ll immediately understand what I was suggesting, without the knowing some theory, it’s just gobbledygook. You’ll also understand when someone says let’s do it in C, you automatically know which chords to play instead of trying to remember some seemingly random sequence of 4 chords.
So that is my long-winded way of saying what @ TheMadman_tobyjenner said so well “For the simple reason it has expanded my playing.”

I think Music theory is the language of music. Good communication makes everything more efficient.

@JGAdmin why am I learning theory? Because it feels good when I stop bashing my head against a brick wall in an attempt to understand and implement something.

but there’s a sweet sense of success when I pass a test, or things drop into place and I find myself using the info in a song. I also learn theory to keep the wheels moving in my brain.

It’s like eating your veggies so you can have the delicious dessert of inventing and playing interesting music. Good for you but not always entirely enjoyable.

I’ve been stalled here for too long. That’s another challenge, using what I’ve learned so it stays in my everyday memory. Thanks for the nudge to get back into it.

When I first tried to learn the guitar 30 years ago, the teacher was obsessed with teaching me scales and theory. I wish I’d have fired him and ignored it. It was along the lines of “one day” this will make you a better player.

Justin has posted about something similar to this in the past and made the comment that your goals need to be much more specific.

When I finally picked up the guitar and got serious about learning 10 years ago, I religiously avoided any theory or scales. And I had much better progress and fun.

After playing for about 5 years I attended a “master” guitar workshop and there were quite a few discussions about theory, chit chat after someone played a song included references to theory. I realized then my avoidance of theory meant these players were having a discussion and I couldn’t understand, much less join in, because they were speaking a different language.

From that time onward I’ve been learning and soaking up theory and it’s been fun. And frustrating at times. Yet I’m determined to keep learning theory. And it certainly has helped make me a better musician.

If you are reading this and aren’t interested in theory, don’t let others push you somewhere you don’t need to go. Forget the theory, play your music and have fun.

I want to understand how it works, not just copy other peoples music. And to be able to use the proper building blocks to create music. I gave up on guitar at a young age; too many other distractions. I have the time now, as well as the interest to learn. My goal? Oh nothing huge…just to write viral a song that can change the world.

A year ago I almost listed my strat on ebay but chose instead to give learning how to play one more try. I chose Justin Guitar over other sites and have been practicing 12-15 hrs a week for the past year. (I’m no longer working 9-5) Justin’s program is producing results for me… If he recommends “Music Theory”; then I’ll study Music Theory….and Ear Training….and basket weaving if he says it will make me a better musician.

have been practicing 12-15 hrs a week for the past year.

@BlueH2OMan - that’s impressive. Glad to hear you are sticking with it very well.

I love Jazz . I wanna learn how to play it and why it feels so good. So I want music theory to help me in that regard. And more down to earth reasons are:

I love to understand the structure and reason behind things and I want to apply this same desire to music composition, how it all works together and what makes it sound the way it does. I would like to be able to truly appreciate a piece of music and its composition.

I’m learning theory because it comes up often enough on guitar-related YouTube videos I watch, and I want to have an idea of what’s being talked about.

Goals: as a beginner, I want to learn all of the notes on the fretboard and learn the keys well enough to be able to contribute something if told a song is being played in a key.

To answer, it is to fix on my long time regret on not learning music theory early on.
I have been playing the guitar for quite a long time now (since I was in my early teens). I taught myself how to play it and never had any formal lessons. It was very foolish of me to be very stubborn and skip the fundamentals. I have only been playing by ear this whole time. I taught myself chords and then dabbled into instrumental fingerstyle. I actually have some vids on YT from a few years back:

Life got in the way and I stopped playing the guitar for a few years. Then I stumbled upon this guitarist youtuber named TheDooo and saw how he wields music theory to whip out crazy solos after hearing a song just once. Since then, I have been contemplating on picking up my guitar once more and, this time, do things right. Learn the fundamentals and who knows, maybe having music theory in my arsenal will take my skills to the next level.

I am an engineer and if I want to improve something I often try to understand how it works. I have followed your course for a number of years, really enjoying learning and importantly playing the songs you teach. My BHAG though would be to take a cover and make it my own and be able to play it such that others want to hear my cover because I have added something to the original that is worth listening to. I have started this course to help me understand how music works so I can then better use my ears to add my take on great songs. TY.

I’ve been learning about music theory on and off for a few years now and am beginning to understand why it is so important. I now have more ability to listen to a piece and watch it being played and actually understand what’s going on.
I was watching Joe Satriani playing ’Always with you always with me’ yesterday and realising that most of what he played was major scale. It was a bit of a revelation really, especially when you’ve looked at the TAB for it and just got confused!
Would I recommend learning it? Absolutely 100%, you really can’t go wrong!