Hi all! I will be moving out of my home for a few years and I was thinking of going digital instead of carrying my amp (blackstar id core v3 20w).

I am considering something like iRig2 and amplitube on a windows laptop. Has someone used such a setup before? Would you recommend it?

I played around with the amplitube software using my amp as an interface. I couldn’t assess much about the audio as the amp and software didn’t interact well. But I noticed that there was significant lag with the audio? Should I expect similar issues with the iRig2?

Let me know your opinions and thank you very much!

I’m a beginner and looking for a practice setup.

I use Waves GTR when I want to record guitar parts on for original songs in my DAW. I know it runs standalone but haven’t tried that.

I guess the first challenge would be to have a PC setup so the latency in the round trip from guitar-AI-app-AI-speakers/headphones is short enough to make it. workable. Lots written about this here: Is there a way I can record, hear myself, and not have latency with an audio interface?

Then I suppose it would be the quality of tones. I’ve not tried lots of these software applications but I believe they generally produce good quality.

As another option I understand you get pedals that can serve a similar purpose with option to listen on headphones or an external speaker. Depending on your use cases, that may be a better option?

another alternative would be a MultiFX pedal…they will provide an output (which can be used into a PA or AMP) and usually a headphone output should you need it. No need for the PC then (well in general as many come with PC/MAC software for firmware updates and an alternative way to modify patches).

I’ve an iRig2 and an iRig Pro Duo and I’ve no issues with them as audio interfaces in a mobile type setup - I find them to work as I need them to and without any noticeable lag (but I use a Focusrite Scarlett in a more permanent setup most of the time). In terms of software - I’ve not personally got on well with amplitude software but I’m on a Mac / iPad and use GarageBand / Logic Pro by preference. But I’ve just given Amplitude 5 a go and seems to work adequately well and if you like the amp sounds it gives then maybe see how you get on? It’s not what I would use by preference but you may find it ok. What guitar / pickups / music are you aiming to play though it?

I personally don’t particularly like all the paid upgrade and plugin approach from AmpliTube but I can understand the commercial case for it and its up to you if its something you spend money on. I don’t know what the Windows equivalent to GarageBand would be nor do I know if it comes with free amp software.

I did a quick test using the iRig2 on Amplitude and GarageBand. The levels below aren’t matched but show a minimal overhead approach for both. Apologises for the quality of the playing - hopefully you get the idea that the interface and software amps can function ok and broadly similar for the random clean presets I picked off… The guitar is a Yamaha Pacifica on neck pickup (single coil).

Are you planning to listen via headphones or laptop speakers or external speakers etc? If headphones then eg a headphone amp or pedalboard amp may give you a simpler setup given most of the digital amp effect will be largely equivalent to the software approach but without the extra setup needed via a computer.

I would agree with the suggestions for a multifx unit for recording or headphone use.

Greyal raises an interesting point about your intended use: headphones or laptop speakers, as this could influence the solution.

if you want a headphone solution, the Boss Pocket GT is a nice and portable unit with some great sounds.

If you prefer a pedal-type multifx unit there’s a lot of options including Zoom, Boss, Line 6, etc.

These are designed for connecting to an amp, or for headphone use although you can connect the headphone out to active monitors or PC speakers. You can also connect the heaphone/line out into a traditional hifi type amp if you want.

if you get a solution that connects to a computer via USB, you can also record with it and monitor through the PC speakers (although there is a small risk of latency here, but not as much as using software amps).

If you are looking at PC based solutions, you may want to check out the Tonelib stuff also, which you can download and trial.

Thank you all for the responses. I see a lot of recommendations for multifx processors. The zoom 1gx come around $100 where I live. If the headphones out work well then it should be good.

I should have mentioned that I’m a beginner trying to replace my amp for practice (headphones and less frequently, a speaker option). I don’t wanna spend a lot on this setup. I picked up the irig option as it costed some 65 bucks and amplitube is free.

If you all recommend I get a pedal or similar hardware, maybe I should look into some portable amps as they cost the same? I’m sceptical about their performance what do you all think?

Hey @Majik. What are your experiences with multifx pedals and headphones? I read reviews mentioning they do not sound as good as they do with amps. Is that the case?

Thank you very much for testing this out @grayal! I loved your playing. Was this recorded on a laptop or a phone? I liked how the amplitube sounds clean. And yes I do plan on using earphones or speaker for practice.

Any headphone use is going to be different from using an amp in a room.

Part of this is because the acoustics are different, and the amp is in a particular spot in your room, and how it sounds will depend on which way your head is turned, as well as how the room reacts with the speaker and cabinet.

With headphones, you take a lot of that away as you, effectively, have the speakers strapped directly to your ears, and there is no actual guitar cabinet (just an emulated one) and no room acoustics.

Note I said “different”, not worse.

It has been said that a lot of modelling systems (in general, not just with headphone use) sound like a recording of an amp being played back through a hifi, rather than an amp in the room.

Note that one of the things the Boss Waza Air headphones tries to do is to recreate that “amp in a room” experience with headphones for those that want it.

IME people who have gotten used to using real amps and real cabinets in real rooms (often at quite high volumes) over many years are used to that sound and thoroughly dislike headphones as they don’t get that sound from them.

People who are more used to headphones tend to be happier with the sound. There is a whole generation of guitarists who have grown up with modelling systems and frequent headphone use with no issues. Many people actually prefer it as it gives them privacy and allows them to experiment without feeling judged by others.

So, YMMV, depending on your experience. Only you will know whether you are happy with guitar practice through headphones.

Do you mean the Zoom G1X Four?

That’s a decent little unit that also has a drum machine and a simple looper, and you can connect to a PC for recording.

For small practice amps, it depends a lot on size and capabilities. The better units tend to cost as much as a full-size amp. But a more basic units like a Blackstar Fly are decent for low-volume use and would work well in conjunction with a unit like the Zoom G1X Four.

Yes that’s what i was referring to. Can it work with earphones without an amp?

Absolutely, yes. I don’t know any of this sort of unit that cannot be used with headphones.

If you really want to keep things small then you could consider the NUX mighty plug.
It is a rechargable battery powered headphone amp with bluetooth etc. It can also be used as an audio interface for a daw.

No need to plug into your computer every time you want play.

Here is a demo. Here it’s being used as an audio interface. 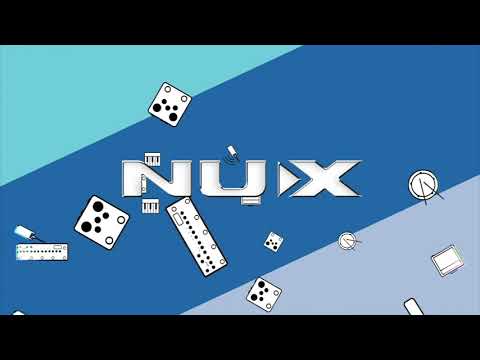 Was this recorded on a laptop or a phone?

It was recorded on the laptop running AmpliTube 5 using the built in recording in the software and exported as a wav file and uploaded.

I have also used the iRig with iPhone to record fine but I have not used it with other phone apps.

I did a quick test using the iRig2 on Amplitude and GarageBand. The levels below aren’t matched but show a minimal overhead approach for both. Apologises for the quality of the playing - hopefully you get the idea that the interface and software amps can function ok and broadly similar for the random clean presets I picked off… The guitar is a Yamaha Pacifica on neck pickup (single coil).

Good vibes to you, Al, for taking the time and trouble to make these demos.

Nothing wrong with the playing … if my ears don’t deceive me a play through of a verse and chorus of Hallelujah.

I thought the GB demo sounded better, but could be deceived by change in loudness.