After I retired 2015, I decided it would help keep my brain sparkly and be rather nice to learn to play an instrument. The only music lessons I’d had were a brief foray into piano when I was 7. I hated it, so that ended abruptly. I sang in the school choir though and loved that.

My idea was to play a bit and sing at home for my own amusement and the benefit of my brain, nothing more. My two instrument choices were reeds or guitar. Playing reeds and singing?

So guitar it was. I started with a borrowed dreadnought that had a high action and heavy strings because I wasn’t sure if I’d like guitar. For my first song I wanted to learn how to play American Pie. This is how I found Justin. It was a few months before I joined.

I had no idea of the discovery, delight, challenge and growth that lay ahead.

Some highlights along the way.

From this, a door made of silky oak for the back and sides, AAA Western Red Cedar for the soundboard. 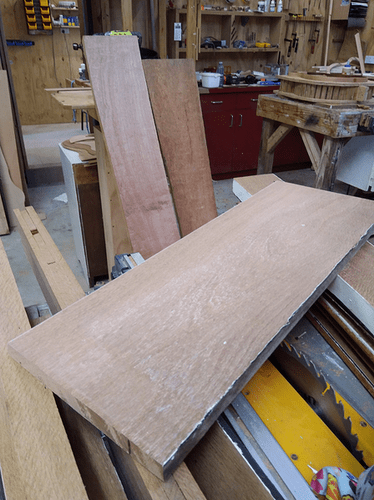 To this, my beautiful Cedar Clear Sky Ocean Deep. 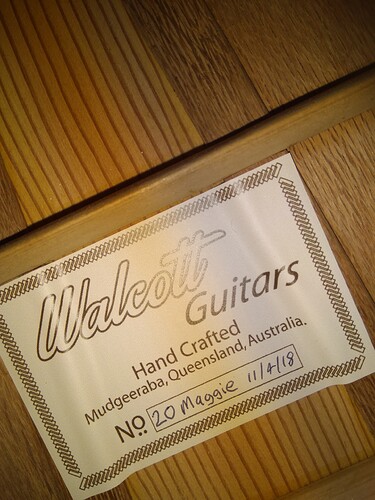 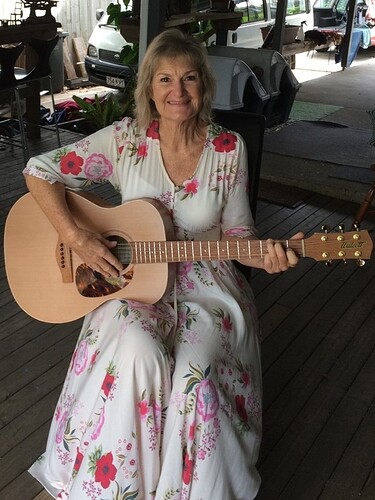 July 01, 2018
On this day I did something that took me two years to summon enough courage to do. I performed and led a song at our Acoustics Club Pop Up Jam. First time ever. 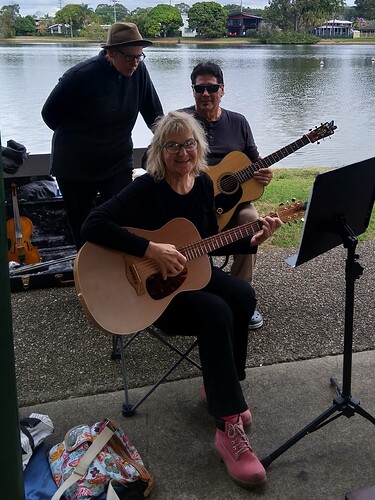 I was invited by @RomanS to do a collab with him, same song Beth Hart style Whooooooooooo. Nearly fell off my chair when I read his post. What a brave man you were Roman to take on such a beginner

Till then I’d made it an art form to know nothing about using recording software. I had to bite the bullet and learn how to use a DAW in order to collaborate with Roman and anyone else. My first step was to Google DAW and find out what it meant.

@Cagn Kevin is the star guitarist here, my simple rhythm guitar opens the song, then is buried in the mix.

November 24, 2019
First Open Mic. A friend sang harmony for one of the two songs. The awful position of my guitar is the result of playing with an injury. Best I could manage. 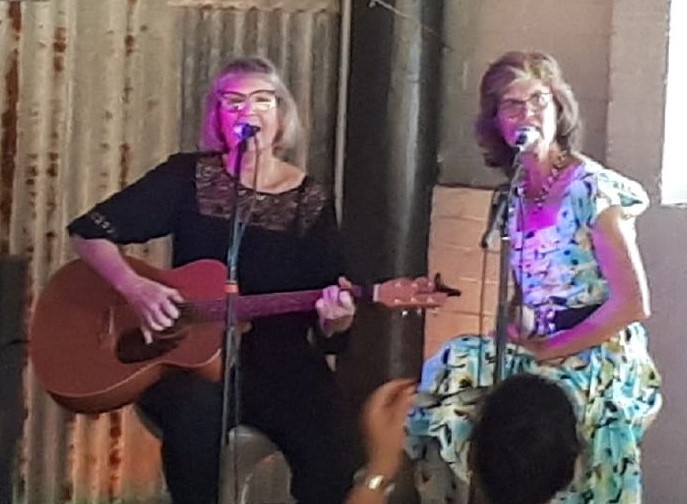 December 04, 2019
December 1, I performed on stage with a pro muso. The song, Rust to Restoration, was written for me by Skotty Fairclough. I was feeling like a wreck and that I was rusting out with an injury that was stopping me from playing, but there’s no way I was going to miss this opportunity. I could barely reach the 3rd fret and someone had to tune the guitar for me because I couldn’t reach the tuners. 2020
I had to stop playing guitar, so I put my time into learning more about song writing, using a DAW and creating MIDI tracks. Skotty Fairclough who was my in person teacher at the time, said to me “The music is in you, not your guitar, so now is a good time to find another way to express yourself musically.” He plays all the guitar tracks, and sings the male vocal, the rest is mine.

Here’s a piece about the song from my art journal. There’s some of me in each of the tea drinkers. 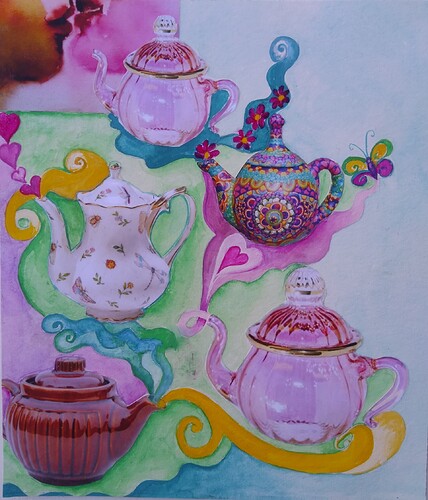 I bought an electric guitar so I could begin playing while the injuries were healing. His name is Bat. 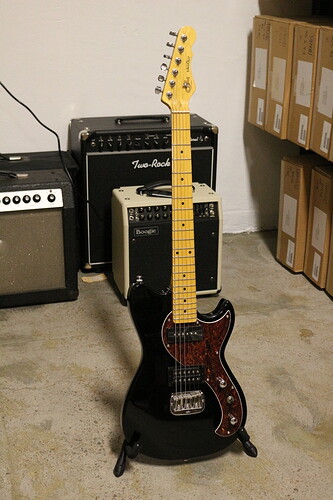 April 25, 2021
Lockdown ended, so continued with OM’s. This piece of my art journal tells the story of the paralyzing terror and the fierce, determined triumph that was my second OM. 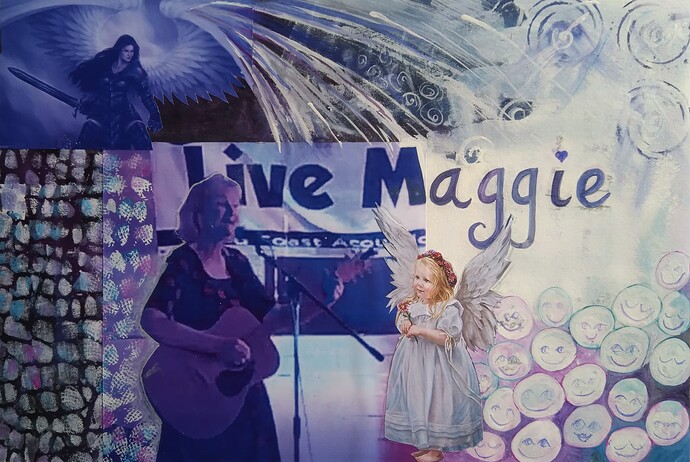 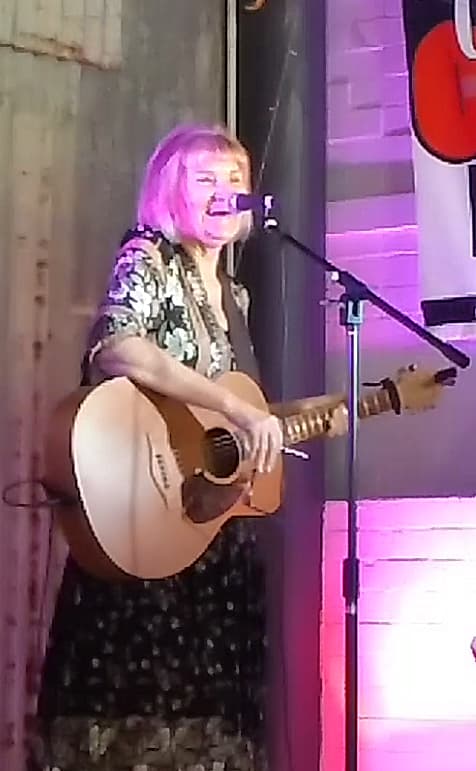 @batwoman in the house! Telling her guitar story with pictures and audio clips. You are a treasure. So glad you’ve signed on here.

Time sure flies by. I remember when you had your guitar build
Didn’t seem that long ago.

I am struck by the rapturous look of joy on your face in all the OM pictures.

You gotta teach me how to play, sing, and smile all at the same time. At this stage I am happy if I do OK on the first two.

Keep on walking (in dem boots)

@DavidP I can’t help smiling at the nice people who are good enough to listen to me, and there are moments of pure joy for sure, especially when I make it to the end without a major car crash

Well Maggie what mind once saw cannot stop seeing it

amazing story and I love this new RC!

That’s a great summary road case Maggie and I’m sure I’ve not seen some of those pictures before. You look so relaxed and happy in some of them. You’ve come a long long way as a performer.

It’s taken me a while to look through my Forum RC and pick out the highlights, so many lovely things written there. Lots and lots of good memories of wonderful friendship, understanding, encouragement and celebration. I love you people

@Rossco01 Thankyou Jason. Some I’ve never posted before. I may post some of the OM videos

Are you running a VPN? Sometimes that will interfere.

A terrific Road Case now Learning Log summary there Maggie. The happiness shines out of you the whole way through!

I’m looking forward to the next instalment.

I’ve only just come across this. This new site is so busy compared to the old forum.

What a lovely story Maggie, I can remember most of it and have a couple of flashbacks to a few other bits that made me smile, like where you used to go down to the beach to play and sing to the Ocean and the wildlife!
It’s been an amazing story, the high point being Cedar, what a beautiful Guitar!
Looking forward to the future to see what it brings!

Wow!
I am totally impressed! That is soo awesome!
You are a great example for us beginners!
Thank you soo much for sharing!

And your guitars are beautiful!

Chocolate Jesus is one of my favorite songs!

Thanks for the suggestion, but it was the settings against the videos in Youtube Studio.

to play and sing to the Ocean and the wildlife!

@DarrellW Thanks Darrell, you’ve bought back a lovely memory for me, singing to my bat pups. Their favourite was

Rock a bye battie, in a tree top
When the wind blows
No battie will drop.

This is 21 day old Ned, who unfortunately did fall from a tree. He was on his mother who died in a Heat Event. When she dropped to the ground, so did he. My coordinator handed him to me saying “He’s not going to make it, let’s give him a chance though”. It was touch and go for days. 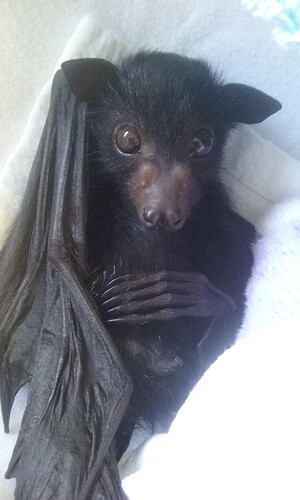 I’m glad to say he is now flying wild and free.

Chocolate Jesus is one of my favorite songs

@sairfingers I hear you! I’m still finding stuff from weeks ago. There sure are some happy memories.

Great story Maggie! It’s always a delight to be able to play with you and see you on stage. Keep up the posts, you are an inspiration and a treasure.

Such an inspiring journey. So sad about Ned’s mom.