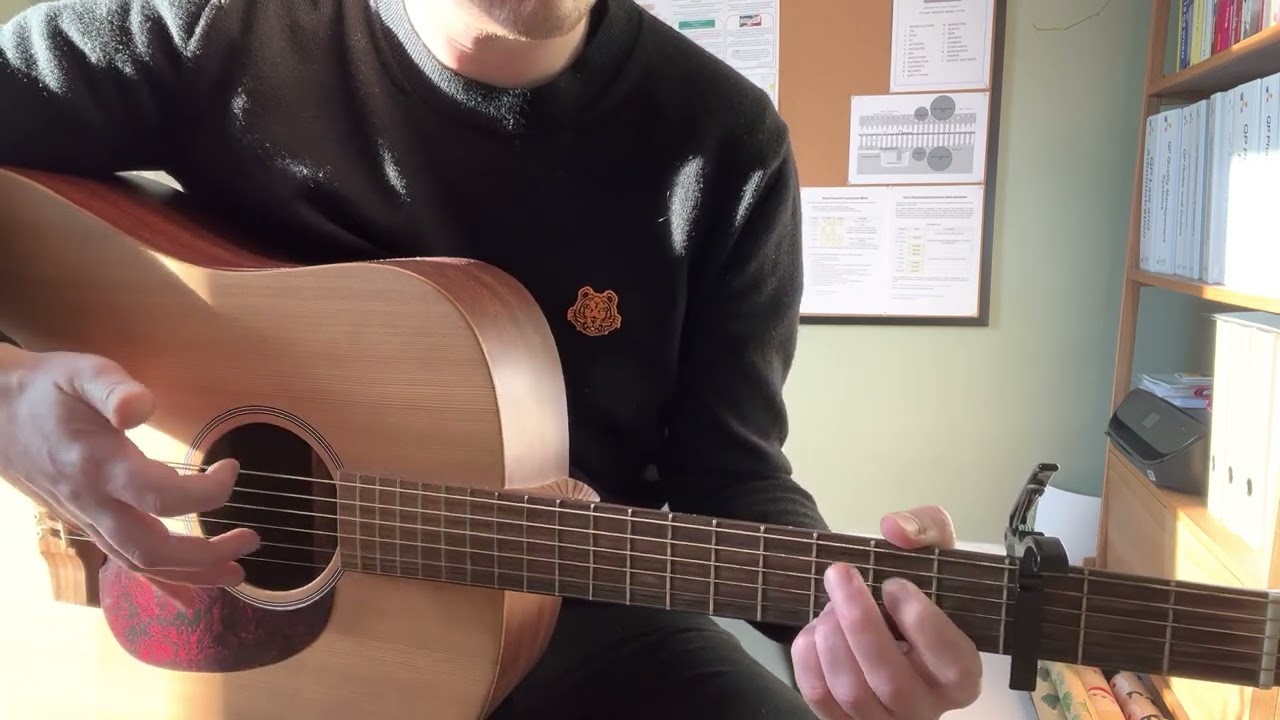 It was a beautiful morning out and I had this track stuck in my head so I recorded my own version of it.

It’s nowhere near Big Star’s in intricacy or arrangement but I wanted to pay humble homage to the genius that was Alex Chilton.

Not the best camera angle so I might re-record it at some point. Anyhow, let me know what you think if you get chance to watch / listen.

Rock and roll is here to stay.

I wasn’t familiar with that song, but your rendition is pleasant; I enjoyed it. Nice chords and melody, good timing, good vocal.

I say that to myself, frequently…and then I end up never re-recording.

If you do re-record it, I’d be interested to see more of your right arm. While you certainly can’t tell from the playing and the result, your right hand looks oddly “contorted” to me, and there’s some tension in it at various points. Everyone has a slightly different “geometry,” though, and I can’t tell how much of it is just the camera angle, different body mechanics, et cetera.

Another great cover Iain. Agree with @J.W.C you need to take a close look at your picking hand. Other than that well done!

Very nice Iain, not a song I’m familiar with but you’ve poked my curiosity mode into action

Thanks for the feedback, always appreciated and always helpful.

I think the tension in my picking hand will come from using my little finger as an anchor. It’s quite stubby! However, I’ve tried fingerstyle without an anchor and it always feels strange and unsteady to me.

I think the tension in my picking hand will come from using my little finger as an anchor. It’s quite stubby! However, I’ve tried fingerstyle without an anchor and it always feels strange and unsteady to me.

Ah, that explains it. I couldn’t tell on my first listen (view of the pinky is mostly blocked), but looking again I see you place the anchor right at the start of the video.

For what it’s worth, when I started playing fingerstyle I used a pinky anchor. When I switched away from using an anchor it took a major (and demoralizing) adjustment period, but I got through it. Not suggesting you should pursue that, but wanted to let you know the “strange and unsteady” thing is a feeling that will pass.

Lovely fingerstyle playing and singing Iain. Not a song I know but I enjoyed your version.
Well done.

@J.W.C Now you’ve given me a good reason to re-record this song once I’ve practised it enough without the anchor finger! Watch this space

@sairfingers thank you so much!

That was another fantastic cover Iain.

I did using an anchor finger myself when I first started fingerstyle but then dropped it pretty quick as I thought it might hinder me further down the line. Yes, it might slow my progress at the moment but it’s a price I’m willing to pay.

I’m going to listen to the advice from the community and start practising without an anchor finger. It will most likely be frustrating at first but it sounds like it’s worth it in the long run!

@CYPGMB Iain I feel like I should clarify my comment from earlier. Using an anchor finger is not the issue, Tommy Emmanuel anchors with his pinky and does just fine

. The issue is the position of your hand and fingers, looks like you’re tensing up and making a claw of some kind for lack of a better word.

Your hand should be relaxed, angled at around 45° with your thumb sticking out infront of your fingers. Pay close attention to how other players do it, you’ll notice it very often looks like this: 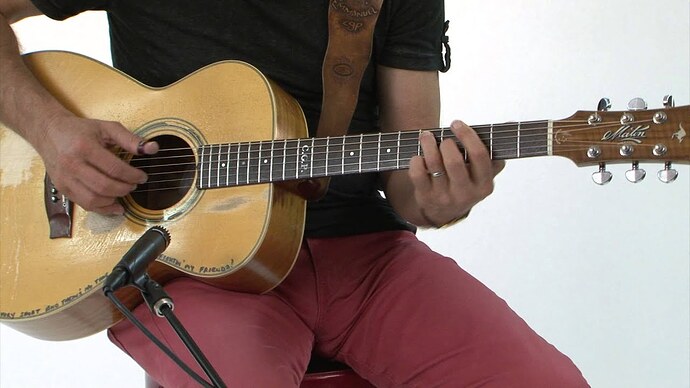 Note that classical guitarists will have a slightly different hand positioning, it will be a little further from the soundboard and look somewhat pinched.

It was just great! I loved how light the fingerpicking felt, amazing stuff.

After watching the video you have shared, it looks as though I’m planting my little finger too firmly and too far away from the strings which is creating an awful lot of tension.

This kind of advice is why this community is the best around. Leave it with me and I will improve my hand positioning for sure.

@RadekSiechowicz still a lot to improve on here but I’m glad you enjoyed it!

Do not know the original but it was pleasing on the ears both vocals and the guitar. It was very cleanly picked as well but I would concur with others about the picking hand. However, I am no expert having just restarted finger picking after the last Open Mic. Having the fingers in advance of the thumb will limit your thumbs movement, as it will likely catch on your index finger. The picture that Ivan posted, seems consistent with what i have discovered both here and another couple of sites I am using. All good stuff though, as usual.

Regarding the clawed hand- I enjoy watching people do things in unorthodox ways.
I understand that skills are taught so as to be as efficient as possible, but there’s something compelling to watch people come up with their own weird ways that work for them.
Another fine example of this would be Robert/ @Guitarhoudini (speaking of which has anyone seen him in da house?)

@TheMadman_tobyjenner thank you! I agree on the picking hand. I think it will likely take a lot of work and probably a few backward steps but I’m sure I’ll get there. I started practising it again tonight!

@brianlarsen haha! It certainly looks unorthodox doesn’t it? I guess that much contortion could do some damage though so I best look at ways to relax the picking hand!

CYPGMB,
what do I want to say here?
a very beautiful song and a great cover.
I liked both the guitar playing and the vocals.
both are at a high level.
Thanks for sharing,
Leo

That was as a very nice listen, enjoyed your playing and your singing.

@crocodile1 thank you. It sure is a great song and fun to cover. I think I’ll re-record it at some point but glad you enjoyed it

@mari thank you! I look forward to hearing more of your great covers

That sounded really nice…you’ve got a lovely voice.

I’d agree with SS7 and think it may also be the way you are anchoring the crook of your arm over the back of the guitar which also give you less freedom to move that hand slightly forward. Difficult though to fault the playing.