It has not been such a merry, merry month of May for me. Largely due to the slow and steady recovery from a bout of Covid. That sapped both energy and motivation.

I’m finally starting to feel closer to 100% again, able to play and sing again though still short of breathe, and wanting to get back to my lead play learning. All my technique practice and the learning of licks, riffs, and solos from songs went out the window.

It turned out, almost coincidentally, that as I have been hanging out with Layla I’d come to know all 5 positions of the pentatonic. Before anybody points me to the ‘when not to learn scales’ video, I know that making music with a scale is more important than ticking a know-the-pattern box.

So before I get back to the focused business of learning and practice, I just wanted to have a little fun. This is a noodle rather than a solo, over a G5 drone for musical context. I pick up lots of flubs and poor technique in various moments, but I did have fun … Hi David,
How annoying to still read that you have covid complaints … that got you good (bad)…
That is probably the reason that you still move your arm and shoulder a little too much during the bends

… but for the rest I see and hear a very big progress, great

… …and that you just got the 5 scales in your head

A good work out to blow those Covid cobwebs away. Nice to see you going walkabout and throwing in a bit of Purple. Some good phrases along the way. I was not focusing on the physical due canine distractions but it was pleasant on the ears with that drone giving an ethereal vibe. Chappeau !

I think you had fun, sounded like you did anyway. Good stuff.

Good to see you back noodling away and having some fun. You dusted off those covid cobwebs with some good phrases.

Glad to see you back on a lead seat again David, some really decent phrasing there and as pointed out bends might still need some more attention but it’s nothing that can’t be done with some more practice

and I was expecting Cyndi Lauper BT as well

DavidP does Cyndi would be interesting though.

Nice one David. Cool little improv with some nice phrasing. Glad to hear you are getting closer to a full recovery. All the best.

I’m another one that thought, David…Cindi Lauper!!
Well Covid or not, if you’ve had Layla in 5 positions no wonder you’re exhausted.

You’re clearly having fun and I’m not in a position to offer advice other than take it easy, you’re not as young as you were.

Wow, haven’t clicked on anyone playing anything in a long, long while.

I think the last time I looked at anyone playing was around the time people were talking about doing the second open mic. Loving your noodling.

(Honestly clicked excited to hear you do CL like others were, because the possibilities for a bit of a fun parody were pretty high… You do sing, and are creative…

I hope the lingering COVID effects continue to clear up and everything improves for you. I still mask indoors and “attempt” to stay away from people outside.

First off, I’m glad that you pulled through the Wuhan Flu, or is it the Pangolin Pneumonia? Either way, glad you’re back in the fray and coming up to speed.

I’m another one waiting for the Cyndi Lauder BT lol

My input is way to go having fun, David

Am glad it also brought you fun!

Hoping you are able to rest and recover fully soon

Nice stuff David, sat back and chilled to that

Glad you’re starting to feel better and fingers crossed that 100% is only a short time away.

Sounded great David. Noodling sounded good in front of the backing track. Really gave it an ethereal vibe. Shows how the pentatonic doesn’t have to be bluesy.

Good to see you getting your strength/mojo/other back again

I shall refrain from demonstrating my ignorance by commenting on motifs, phrasing, bending vibrato etc. (although I did recognise the DP nod).
Suffice to say you look like you’re having fun and there is more fluidity (and less duff notes) than the early days. You’re wandering up and down the fretboard.
Progress!

Thanks all for taking precious time to watch me indulging in a noodle and for all the encouraging, supportive comments. I appreciate all the positives and that you enjoyed it, recognise the progress.

Some specific replies to some of the comments …

I think my ride on the Corona Coaster (as a colleague taking a second spin calls it) was relative easy going. It’s taken a while for the final symptoms on the lungs to clear but I am near normal (healthwise I mean) again.

I have to own the fact that my dedication to practice could be better, I don’t spend enough hours to make significant progress in developing technique and this noodle reinforces how much further I have to go before the techniques are closer to unconscious competence. And the few weeks of nothing meant the bad habits were back. But I’m not stressing (perhaps I’d do better if I was, who knows) and will keep at it, slow and not quite so steady.

for those of you that picked up the Deep Purple riff, it’s the iconic riff from Black Night, the first heavy number that set Mk II on their path.

I also throw in a crack at the intro solo from Wonderful Tonight. I guess that needs more practice as I am quite sure it is my playing rather than it being obscure and many here would recognize it … when Clapton is playing it

Glad the drone went down well. An ethereal vibe in contrast to my less ethereal play

yeah, the idea of just have some fun with the title, create some expectations. Those of you who know me better would probably have been surprised that I might be covering or playing over a Cyndi Lauper track. That kind of dance-pop 80s song is not at all to my liking. Time is short and I can learn plenty from butchering songs I know and like. But the opportunity to have more fun was just too good to turn down.

I think minor pentatonic is the foundation of lots of rock lead play. As for me, I wish I could make it sound more bluesy. With more progress on the bends, more listening, more inspiration from those posting here who sound so bluesy, I shall get there eventually.

Nice one David, a few iffy bends but overall it may have not been a bad idea to change the vibe of it!!!
You do realise that you included a forbidden riff

, I sort of thought

WTF am I hearing here???
Never mind, we can all have a bit of self indulgence occasionally

Are you becoming something of a 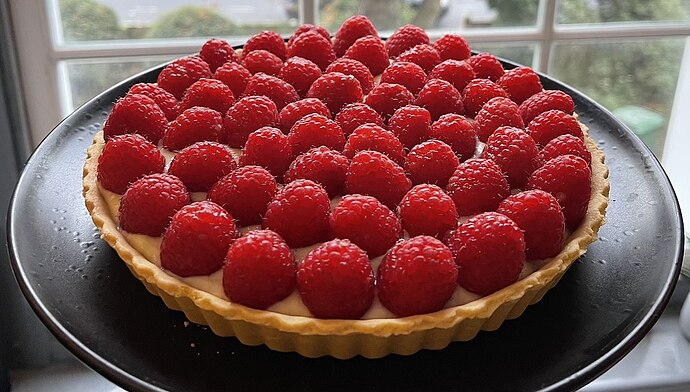 While I was mesmerized by the tone, all I could think of was the black and white video with only the “Black” of the Blackstar amp barely in the shot. David playing with all the AV knobs! Well done sir….Rod