Just wondering how long a post can be edited for? The mod said something like “for a while”. I went back to edit a post with a typo in it that was 2 days old (I think, but it may have been 3d). The edit icon was toast and that was that. I think it would be nice to publish and have a fixed length of time to edit posts.

I think it has something to do with how long you’ve been
a member. The longer your membership the longer the
time you get ti edit.

I think I saw some comments about editing time when I worked through the Discobot advanced tutorial. Of course I never made a note of it and thought to share such details.

Hi Guys,
This was actually a moving target issue in the old Forum. I would just like to see it nailed down once and for all. If all knew the timeline for making edits, it would save folks from having to go and check to see if they can update bad links and such.

@ DavidP - I will have to look at this Discobot tutorial. Thanks for the scoop!

This is especially important in the context of Road Cases which, on the old forum, you could go back and tidy up without limit, presumably after the mods had assigned some sort of ownership of the thread.

Is there a similar capability here?

I haven’t encountered a limit yet and I don’t intend to introduce a limitation on that right now either.

the measure was a safety measure that I think, in our current peaceful and mature state, is not necessary. (and as said; I try to launch with minimal itty bitty rules, constructions and overkill in complexity)

In the past, when there used to be a fuss on the forum once in a long while, some members deleted their messages from threads, making the whole thing unreadable etc.
To counter that behaviour, we created the edit time limit.

hit the fan. But also been at the end of responding to a post that was subsequently removed, leaving folk wondering what the heck I was talking about…ok no change there then !

But would the mods have the ability to reinstate edit rights on a post, temporarily in the example the Keith gives. Eg I needed to get back into a post recently after deleting a track on YouTube in error. The only option I had was to tag it on at the end of the thread but Richard was able to correct the original part of the thread to add the new YT url. So in rare cases we could ask you mods to intervene on our behalf but if that was made public, would you be inundated with requests ? I don’t know. Or you guys could have the ability to switch the edit function back on temporarily and on request only. Not sure about the technical feasibility of the latter but if you guys can get back in, surely the topic “owner” could be given short term access. Just a thought and just brain dumping as usual.

Just a thought and just brain dumping as usual

That’s cool. thinking along
I’m that kind myself too at work, they often think that “it should happen” and “Lieven is convinced that” …no no no; I’m The Devil’s Advocate…I chose that name for a reason

You have valid arguments that will certainly count.
This item is a “need review” item. Items like that sometimes don’t have a priority yet but need to be (re-)evaluated by, in most cases, Richard and mysel; what are the technical options, what is pragmatic, what is necessary or overkill.

As usual on that kind of items: to be continued…

Great stuff. When it came to new projects, as it was my guys who’d end up running and supporting and recovering them, I spent my whole life taking the lid off the box, when others (developers) wanted it sealed tight. In all those project meetings I’d constantly be saying “What if …” Sandboxes are great but you get real perspective from the beach !

I understand there may be a need to add a post edit time deadline. Not a problem as it preserves thread continuity. I would suggest though that a sticky announcement be made as to how long the post edit window will be if it needs to be done.

I think at least 24 hours would be prudent and possibly satisfy both areas of concern.

All good questions to raise.
I am unsure how many people knew about / used the edit on Road Cases … it seemed most people just stacked up post after post when edit would have kept their tour bus more clutter free.

I watch a video on youtube about Discourse it said something about the trust levels and
the length of time you had for editing. But that may have been for what ever forum the video
was for.

In all those project meetings I’d constantly be saying “What if …” Sandboxes are great but you get real perspective from the beach !

Toby at his last job 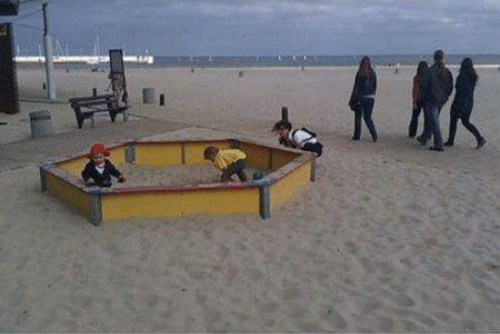 I want to go into my RC, delete some stuff, edit a video, tidy it up. No edit available. Is there a way I can do this?

Hum,
I can still edit mine a day after the OP or original post. Sounds like you got nailed and need a mod now.

I want to go into my RC, delete some stuff, edit a video, tidy it up. No edit available. Is there a way I can do this?

I thought the same thing when I read BW’s post. But, she should have no reason to edit it ‘there’ or on the old forum. So I am almost certain, she means ‘here’ in the new Community.

I am finding the edit time to be about 3 days on the new community? I was thinking you said it was unlimited for now?

Also, are you Mods deleting remnants of “deleted” posts? I have deleted several posts out of my road case and after a bit they disappear altogether??? That is the desired outcome, but I was wondering how it was being managed on your end?

LB is right, it’s the RC on this platform that I want to edit. I was able to do so for about 24 hours I think. I guess I could delete the whole lot and start over.

I was able to do so for about 24 hours I think. I guess I could delete the whole lot and start over.

If I recall correctly, 24 hours was the time period that Discobot mentioned in the Advanced Tutorial when working through the ability to edit posts. I may be wrong, I confess I was moving quickly.

If I recall correctly, 24 hours was the time period that Discobot mentioned in the Advanced Tutorial when working through the ability to edit posts. I may be wrong, I confess I was moving quickly.

Yep,
I think you are right, 24 hours. I thought it was longer. But looking back at the time stamps on the posts here shows it to be 24 hours indeed. I guess that is ok, all factors considered. I would rather it be 48 hours, but then the deleted post issue comes into play and that is a bad thing to manage!