I will remember you - The Office - Updated + sneak peek into a special project!

Hi everyone! I finally got around to recording the extended version of my first AVOYP (found here).

While I can get the Bbmaj7 just fine while practicing with strumming, it still comes as a bit of a surprise in the song

so it’s still not perfect but I’m getting there. A sneak preview into my next major project (Stairway to heaven!!) is at the end of the video so be sure to check that out! I’m still at 2/6 of the tutorial so it’s going to take some time to say the least.

It’s unbelievable to me that I am able to even attempt that song and it’s my first finger style song ever.

EDIT: To complete references from that show and have some fun

Well sounded really good glad you managed to finish it off, clearly you engraved the song in your brain and you flowed through it effortlessly, well done! When I will be learning this song one day I will definitely use yours for reference as it’s bang on.

And as for Stairway to Heaven - sounds to me it might take less than 2 months assuming you are not going after the solo!

I think it’s time you changed your user name Prabhat because what I hear and see is far from sloppy. Be proud of your marvellous progress.

assuming you are not going after the solo!

I think it’s time you changed your user name Prabhat because what I hear and see is far from sloppy. Be proud of your marvellous progress.

Thank you Maggie!! I like that username a lot

Thanks John! And I can’t wait to play it all provided I don’t get stuck somewhere.

Sounded great. I noticed you put the comment over the F change that didn’t sound out perfectly… but you kept playing perfectly in time, so it didn’t take away from the song at all. Justin makes a point of saying to keep the rhythm and timing going and yours was great.

Thanks @jkahn . It was over the Bbmaj7 itself actually. If I would have stopped I probably would have continued through the night trying to get it right as I was already sore

Yes Justin has recommended the same. My friends also did not notice any mistakes so playing through actually works out hahah. 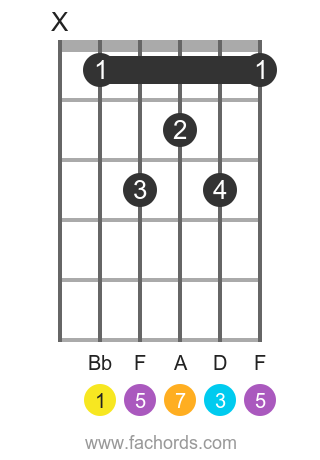 That was great playing Prabhat. I thought you did a might fine job. Only a small error on the Bbmaj7 but then I suspect you put pressure on yourself knowing it was coming.

Stairway to heaven is sounding sweet but you know the rule… Thanks Stefan! I think yes that’s what happens haha… i can get it just fine even with quick strumming in practice

Damn that clip cracked me up. Need to rewatch the movie now!!

Sounded good and nice clean changes. It did sound like you were strumming quite hard but that may just have been the recording.

Hi Prabhat,
That sounded good and the sneak-listening at the end

,…it won’t take long before you have them all…let’s just forget the solo (I do that too …or don`t do that too:sweat_smile:)…I would change your nick-name, as suggested before because it doesn’t do you justice anymore

I’m floored really Adrian… the one from Ed Helms is so nuanced and has so many variations in the strums that it just stuck to me. Not sure what that type of strumming is called or if it even has a name but do try and emulate that if you sing too.
I went with regular strumming just to have something to listen to without the vocals haha.

I did think it was ok at the time but I’ll keep an eye on it when i play it next.

it won’t take long before you have them all…let’s just forget the solo (I do that too …or don`t do that too:sweat_smile:)…I would change your nick-name, as suggested before because it doesn’t do you justice anymore

Hi Rogier, Fingers crossed on getting it all soon enough… i just really want to play it guess that’s the reason for the stairway banned meme

Well done and great progress. Much said already but no sloppy chords here as Maggie pointed out (ok one fumble but you are already aware of that one so it don’t count !). Stairway sounding good as well, looking forward to its development.

Hey Toby thanks so much!

Nicely played strumming, Prabhat. Not at all sloppy. And I love the Stairway To Heaven preview. Can’t wait for more.

Thank you John! I hope I can get it all in