Is this song anti British? 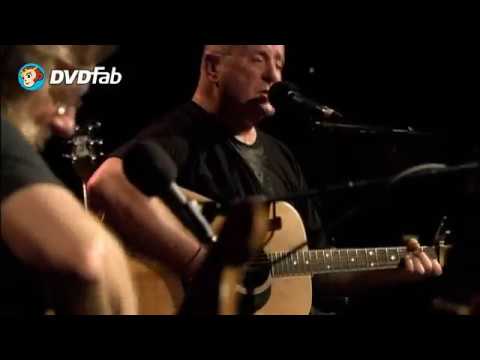 I have learned it and there are som anti UK lyrics in there . Do English people find this offensive?

I do not like to hurt people’s feelings and I am not Irish anyway so do you advise that I do not upload such a song to youtube?

To be honest Tom, I’d probably stay clear of Irish Rebel songs on your YouTube Channel. You would get a mixed response. You want your channel to focused purely on the quality of the music that you play. 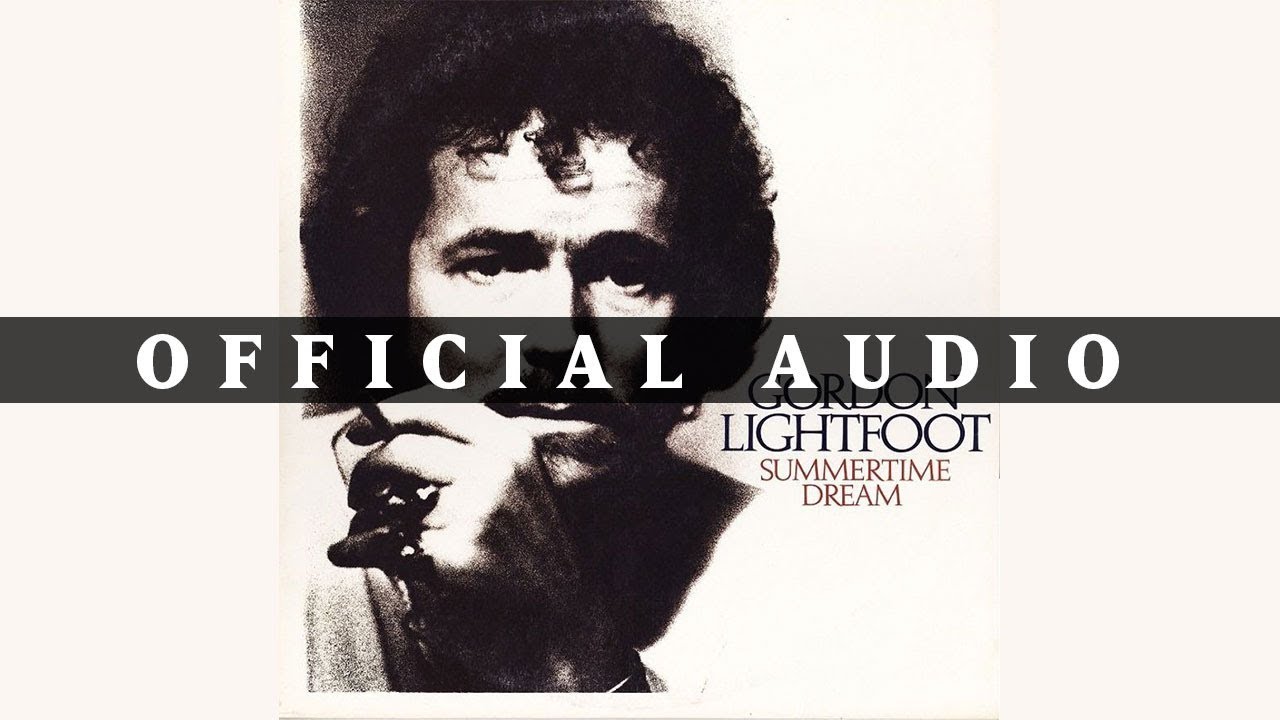 Wow so there are other versions. I find it difficult to understand the lyrics but probably would work on it.

Do you know anything about the history of Tasmania (Van Diemen’s Land) being used as a penal colony. The British sent convicts (many, many Irish) across the oceans to serve sentence on the other side of the world. For about fifty years in the first part of the 1800s tens of thousands were transported.

The song is a historically-themed folk ballad, a bitter tale describing the sufferings and loss of a man set aboard a prison ship and made to sail away from home and family. In that it curses the British and proclaims ‘A rebel I came, I’m still the same’ then it is an Irish rebel song also. This part of the lyric suggests the narrator’s crime was actions against British territorial rule in Ireland, not theft or suchlike.

As an Englishman, I do not see it as overly, nor overtly, offensive or political. It is a folk song. The folk tradition has long had within it songs that address ‘big issues’, not just everyday simple life, love and whatnot. And rightly so I think. I firmly believe that musical art and culture must have space for the broadest of themes.

If you love the song and can play and sing it with passion then I say fine, go for it. If you are a Christy Moore fan and you wish to pay him homage by covering a song there is nothing wrong in it. We have had covers of John Lennon’s Imagine without anybody wondering if it is offensive to nationalists or patriots or capitalists (all of whom it can be seen as making criticism of).

There is one other aspect that is not quite an answer to your question. Some folk traditionalists feel uneasy when a non-Irish person sings an Irish song, or a non-Scottish person sings a Scottish song etc. But that is not a guiding principle and many others are glad of anyone singing anything from the folk canon.

Do English people find this offensive?

No Tom songs like this remind me of the history of what has become a forgotten heritage and shows the United Kingdom has been built on suffering. Without treading too heavily on the tightrope that guides the glue of this non political forum, music tells a story and sometimes folk just do not want to listen to the narrative and say its could be offensive. Not I.
I am English, I live in France I do not know my lineage as my father was born out of wedlock but I take immense pleasure listening to Irish, Scottish and Welsh folks songs that lay bare the unity of that Kingdom. I embrace the music that questions that “alliance” But it is just music.

One of my favourite bands The Levellers 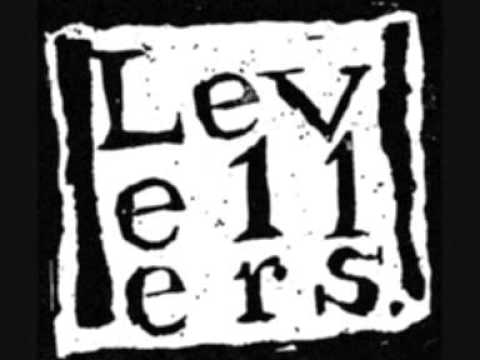 Hey boy, you may just get a Franglais Wild Rover one day. Its on the list alone with Black Velvet Band. Vivre La Revolution !

The problem with these sorts of songs is they get associated with the supporters of certain Scottish Football Clubs. That one for example is well played by Charlie and the Bhoys.

I find it difficult to understand the lyrics

Bound - sailing in the direction of Australia.

Fetters = a chain used to restrain a prisoner, typically placed around the ankles.

In the rusty iron chains we cried for our weans
Our good women we left in sorrow
As the main sails unfurled, our curses we hurled
At the English and thoughts of tomorrow

Unfurled = sails being made ready to catch the wind for sailing.

At the mouth of the Foyle, bid farwell to the soil
As down below decks we were lying
O’Doherty screamed, woken out of a dream
By a vision of bold Robert dying

Foyle = river flowing through the city of Derry.

O’Doherty & Robert = two of the other prisoners.

The sun burned cruel as we dished out the gruel
Dan O’Connor was down with the fever
Sixty rebels today bound for Botany Bay
How many will reach their receiver?

Gruel = a thin, tasteless soup-like dish of grains and water, cheap and often given to prisoners and the poor (Oliver Twist is given gruel in the Charles Dickens’ story).

Their receiver = God, the narrator is wondering how many will die before the journey ends.

Bough = the front part of the ship.

Swell - high waves in the ocean.

Our bough fought the swell - the ship was struggling in rough seas.

Wild horses rode high = wild horses is a way of describing the big waves with white foam on them.

Twilight = neither day nor night but dark in the sky.

Five weeks out to sea, we were now forty-three
We buried our comrades each morning
In our own slime, we were lost in the time
Endless night without dawning

We were now forty three = many had died, only 43 were still alive.

In our own slime = the prisoners were chained below deck but they were covered all sorts of disgusting mess from people being sick and having no toilets etc.

Climate is raw = hot and harsh living conditions for prisoners, often forced to work outside.

The gun makes the law = the prisoners were guarded by armed British soldiers who were known to be cruel and use their guns if needed.

Twenty years have gone by, I’ve ended my bond
My comrades’ ghosts walk behind me
A rebel I came, I’m still the same
On the cold winter’s night you will find me

I’ve ended my bond = the narrator has finished serving their sentence, 20 years of hard labour and will be released as a free man but has no way to return back home to Ireland.

My comrades’ ghosts walk behind me = he is thinking with sadness of all the people he knew and was transported with who died.

That one for example is well played by Charlie and the Bhoys.

That I did not know. I long ago lost interest in football and never took any interest in the tribalism and related things that it attracts.

In which case I would tend to agree with you that this may be a song to avoid.

Guess you should add there is a divide between the naming the town Derry or Londonderry based on your religious background. Pertinent but stepping into murkier water for this forum me thinks (and I have no bias).

Nothing to evaluate here Toby other than you have made some thoughtful and balanced comments that cross no line and breach no etiquette imho.

Folk music is a very fertile ground for discussing things that are generally not welcome in the forum I guess. Folk music is exactly what it says - music of the people by the people for the people.

Could not agree more. I grew up listening to many a folk song which evolved into the folk rock genre of the late 60s and 70s. I loved the songs, knew not the meaning or politics until I was older and still in general supported the genre. As Justin says if it sounds good it is good.
I here “Another Man’s Cause” calling for a re-cover !! Its been a while !

Aint that the truth of all music and that’s what binds us here. Simples.

there are som anti UK lyrics in there . Do English people find this offensive?

One important point of detail.

It gets even more complicated when it comes to international sport in terms of which nations merge under various banners.

It was written by Bobby Sands who was a member of the IRA. He wrote it when he was in prison before he died of a hunger strike.

Haha, if this was anyone else asking, I’d be convinced it was ‘clickbait’ troublemaking

However, as a Catholic Iranian living in South Korea, there is a genuine ring to your query.
Richard has probably gone down the political path far enough this forum, but I shall add a couple of geographical explanations that might help.

The United Kingdom is made up by Great Britain (England, Scotland and Wales) and the territory of Northern Ireland (six counties).
The song you are asking about is lies in Northern Ireland (UK) and its official name is Londondery. Citizens of Northern Ireland are entitled to both Irish and UK citizenship.
Not only was it written by a UK citizen, but indeed by a Member of Her Majesty’s Parliament, in which case the question becomes rather irrelevant.
(It is very political though)

Interestingly, when I politely declined ringing the church bells for the recent passing of ERII, as I am not in favour of the system of monarchy, it only struck me that the term Republican has very different meanings in Ireland (where it implies support for armed struggle) and other parts of the world, meaning elected representatives as head of state.

Oh my, I did not know that either. I thought it was Christy Moore’s own song. As an Englishman, I do not see it as overly, nor overtly, offensive or political. It is a folk song. The folk tradition has long had within it songs that address ‘big issues’, not just everyday simple life, love and whatnot. And rightly so I think. I firmly believe that musical art and culture must have space for the broadest of themes.

No Tom songs like this remind me of the history of what has become a forgotten heritage and shows the United Kingdom has been built on suffering.

While your opinions are perfectly valid and also represent an “ideal” that I support, I have to disagree in the context of Tom’s question. He asked if English people would take offence, and the simple fact is that a lot of them will, probably the majority.

We live in an age of outrage culture, when people seem to go out of their way to take offence at anything and everything. We also live in an age of bandwagon culture, in which people are quick to dive in an support any “cause” that seems popular, seems like a good idea at the time, or that their favourite “influencer” highlights.

In that context I think it would be better not to post a performance of this on any social media outlets. If the intention is to start a debate or raise an issue then fine, go ahead as long as you’re prepared for the backlash. But if the only aim is to share music then there are about a million and one better choices than this particular song.

I’m living dangerously and close to the edge!
We need to be careful here (says he reminding himself also).

its official name is Londondery

Yes, and as Toby mentioned, using the name Londonderry or Derry (they apply to the same actual place) can be a controversial choice and for some is used to make clear where their political sympathies are in the whole difficult question of Irish nationhood.

I am trying to say that without any controversy myself and am moving past it immediately.