For those wishing to skip the video diary (LB ?) here another of my lick library compilations in the Key of E. Backing track is an Albert Collins style Texas Blues and a bit more up tempo from my last offerings.

Please note no mixing advice needed as none was done. Storm heading this was so it was cut and run while I still have power. Backing track and Mustang into Reaper and onto OBS for video. No FX it is what it is.

Storm is here so that’s me out ! These diaries are always enjoyable madman.

I also live an an area that has frequent power outages during storms and it sucks!

No comments on the playing as I have 0 lead skills so it sounds great to me!

Had a quick watch of your concise ramblings and a short foray into E with you.
Hot and sweaty Toby, that’s what it is!

Nice plinkin’ and use of the fretboard. This was an enjoyable backgrounder for my Saturday afternoon, in between Longmire episodes. Well done!

Hot and sweaty suits you Toby. I enjoyed this, nice vibe, thanks.

Thanks for listening folks, appreciate the comments. Hot and sweaty ? Its been nudging 40c most of the week and its finally broken overnight. Shame as I planned another courtyard diary shot for this one but the wind was howling and all getting a bit wild by the time I’d captured the impro recording. Maybe next time.

I think Walt, Henry and Vicki would be more entertaining Clint @CT !!

The original backing tracks is 12 minutes long and therefore allows plenty of time to get everything you want to play in but this was another edit for brevity. Also suffered from severe RBS again once I decided to shoot the video for some reason.

Starting to learn some longer pieces but I still have a few “Licks In The Key Of X” to finish, so have started looking at the next one.

Hi Toby,
Good to read that you survived the huge thunderstorm without getting injured…it looked fierce in your regions…

As for the chatter, I like it a lot… and the music, lots of nice licks

I get really inspired watching this sort of stuff cause I cant move around the fret board yet like you doing.

@roger_holland it was still with us this morning but I enjoyed a morning dog walk in the rain! Thank for your kind would on my mindless mumblings and muddled melodies !

@Colberg69 Colin appreciate the feedback and you taking a listen. Also pleased if this is inspires anyone to have a go. Still in the early stages of moving around the neck with an idea of where I am going. I used to arrive somewhere by accident and not know what to do. When you start your improv journey stay in one position in the beginning. Explore and exploit before you branch out but at the end of the day its all down to practice.

When the Madman meets the Ice Man on a hot day in Normandie we’re cooking on gas. Speaking of gas, to play over an AC BT you need a tele #justsaying

Keep working the licks, Toby, the results are cool. Liked the little wobble on the Bigsby.

After your assessment nothing more for me to say.

Speaking of gas, to play over an AC BT you need a tele #justsaying

Funny they’ve never floated my boat look wise but yeah they can be made to sound great.

Thank you for your kind words, Licks In The Key Of C could be next. The Bs n Ds gonna take some faffing as some are very similar and in the same position and could be a bit more challenging.

Was disapointed with the Bigsby usage on this final run, it had been well abused earlier in the day but some frustration was setting in as normal.

But as they say every cloud…
Settling on that BT took me to some great AC performances when I decided to dig a little deeper, as I was not very familiar with his work. He’s one cool dude.

Thought I’d share the BT as from 40 secs in there are some suggestion for impro-ing to the track. Might just take them a little further one day but I like these “educational” BTs that end up having a dual purpose !

Thanks for the listen and feedback. 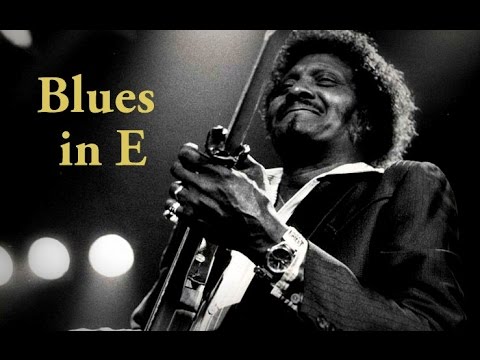 That’s great Toby some great tone and interesting chops included, loved those little diads I think around 12th fret sounded very bluesy indeed! You are self aware of what could be improved which is good, my only comment would be to balance out the BT, to my ears it was a bit too frontal. Other than that great stuff!

Settling on that BT took me to some great AC performances when I decided to dig a little deeper, as I was not very familiar with his work. He’s one cool dude.

He sure is. I recall a record called Showdown! that was great. It featured him with Robert Cray and Johnny Copeland

As for teles, Keef and now AC … can’t argue with the pedigree

Thanks Adi and you’ll have to thank @jkahn for the tone as he goy me going on that SoCal vibe I just plumbed in my Devil setting, all dials at 6

Been working on some licks that have double stop lead ins, so lift parts of them to lead to another lick or two. Fluff the rhythm for most of them as they all should have been chunka chunka, win some lose some.

Funny on the mix. My Shure cans pushed the BT forwards and the PC speakers left it back. As I had no time for mixing due to approaching storm I just left it as it was but hey save about 4 or 5 hours mix n mastering.

Glad you liked it, more to come.

That was terrific Toby. Some of your best stuff I’d say. Loved the tone you had too, really suited the bt. I think your self critique is a bit harsh.
Good of you to share the bt. I’ve only realised recently there are ‘educational’ backing tracks on YouTube.

Well I feel a bit special to be mentioned in a Mad Man Diary episode!

Glad that SoCal was the right mix of dirty and clean for you.

I thought your playing sounded pretty awesome. Up and down the neck with blues licks is well beyond my playing ability but I think along the lines of “Would this be out of place in a dark blues bar with a good IPA in front of me?”. And I reckon it would fit right in. Not that I’m a frequenter of blues bars, gotta use my imagination.

I thought the tremelo action at the end was a nice finish.

. FWIW It sounded pretty good on my external PC speakers.

Thanks Gordon, the self critique are certainly areas to work on or be aware of. You have to consider that wrapping those licks around 12 minute tracks on a loop, shows you what is possible and what you can deliver. Then that friggin red button lights up for a cut down version and it all go pop but yes I know what you mean. But listing the issues makes me aware.

I have found a few BTs like this that give “fretting suggestions” based on the style of the player they are trying to capture. I normally go to Elevated Jam tracks who always show the chord progression followed by the suggested scales. So yep some useful stuff out there.

Thanks for listening, another soon all being well.

. FWIW It sounded pretty good on my external PC speakers.

People make suggestions, so they need answers and sometime I just waffle !

Mixes are weird things anyway, if I play that on the YT phone app tomorrow bet I get another very different sound !!

You were well worth a mention for the SoCal Punk usage, I just had to experiment and it seemed to suit the BT but neck pup might have made it earthier. And I appreciate the comments but ask does that blues bar have a cage ?? But you also have to think like you even a few years back I thought this would be outside my play grade. Like anything else you have to work at it but it takes time. I think with your approach you will get there but the strong foundation is the real key. Get that down then start to build, given time I am sure you will be up to this kind of improvising. But I would add something @stitch say frequently, impros are not made up on the spot like a lot of folk think, its the application of what you have already learnt and have under your fingers, applied in the right place at the right time. And to be honest I am still at the start of that journey and experimenting with the licks and phrases I know and trying to add new material week by week. So work in progress like everything else.

Thanks for the listen and feedback.

Hi Toby!
Gorgeous blues impro!
Everything is very driving and stress-free. Great bands, by the way. I got a real pleasure from watching, having cut out a few minutes of working time in the office).
Thanks for sharing,
Leo

I thoroughly enjoyed listening to your foray into E. AC is a good musician to play along with and you did a decent job of linking the licks together.