A few days ago I picked up my acoustic guitar and noticed an annoying buzzing sound when fretting the D string at the first fret and picking/plucking the string with even a medium amount of force. It was strange because the guitar was set up in September, I changed the strings in January and the last time I played it (early last week) there was nothing wrong with it.

So today I gave it another chance and the buzz was still there at that one fret.

What could be the reason? Fret wear? My guitar trying to sabotage me and drive me crazy? Should I use it for firewood?

Any advice would be welcome, but I’ve got a feeling I will have to pay a visit to my luthier to sort it out.

I fixed some fret buzz on my entry level Martin (which has a very low action) by slightly loosening the truss rod. It only took about 1/8th of a turn, IIRC.

Lots of YouTube videos showing how to adjust truss rods, if you want to tackle it yourself.

Edit: Ooops, I should have read more carefully. But the fact that tightening the truss rod caused more buzz makes me think you didn’t loosen it enough the first time.

Also, sometimes you have to “help” the neck to move after an adjustment, by bending it in the desired direction.

That’s what I tried to do but I have second thoughts about it in case the new relief will make fretting some chords more difficult. I may give it another chance later this week, but it’s really annoying. It’s the first time in 3 years this is happening.

I wonder if one of your frets has come loose, try putting a capo on your first fret and try a piece of paper under each fret; if you can find the culprit try pressing it down firmly and see if it stops. If it doesn’t then you should try adjusting the truss rod again but give it a while to relax before you try again, try a bit at a time until it stops.

That’s what I tried to do but I have second thoughts about it in case the new relief will make fretting some chords more difficult. I may give it another chance later this week, but it’s really annoying. It’s the first time in 3 years this is happening.

It might, but then you can just tighten it again.

Also, see my edit about "helping’ the neck.

It’s also possible that the fret is starting to work loose. I vaguely remember having file down a fret on my first guitar, many many years ago. I think a luthier can also tap a proud fret with the proper soft hammer to reset it.

Can you alter your finger pressure to make the buzz go away? I get a lot of buzz on my acoustic when I pick it up after playing my electric or nylon for a week. In those cases it is me fretting the wrong guitar….after a little time I adjust again.

Hey mate. Coincidentally, I have developed a very similar problem in recent weeks on my acoustic. Doing my head in too. Fretted buzzing on B string, and slight buzzing on high e. My ears detect a slight buzz open as well. New strings, no difference. Loosened truss rod a couple of times over a few days, no difference. Measured action, no problem there. Checked all frets. Can’t see it touching anywhere. Straight edge didnt reveal any high/low frets. Tuners etc all firm. Have given up, and off to a luthier today. Very keen to find the reason - hopefully not my incompetence at troubleshooting🙄. Hope you get a solution soon mate. Its a frustrating problem.

Thanks for the tips about the loose fret. I checked them when changing the strings, but each one of them was firmly in place. What’s doing my head in is that the buzzing affects only one string at one fret

I noticed a few very light signs of wear on the first 3 frets, but I can’t recall playing a D# significantly more often than other notes…

I’ll try adjusting the truss rod again to see if it helps.

Coincidentally, I have developed a very similar problem in recent weeks on my acoustic. Doing my head in too

Same here! There must be something going around. I restrung it about 4 weeks ago, and since then it’s started buzzing. Same make and gauge of strings as before too. I could kind of understand it if I’d changed gauge.

Sounds like the premise of a Z category sci-fi. “One day, acoustic guitars on Earth suddenly started to develop an unexplainable fret buzz. Nothing was the same afterwards.”

I know you were playing around with adjusting your truss rod but perhaps a silly question - did you check if you have a banana curved fretboard? If you look with one eye from headstock side like you were aiming with a sniper rifle you will notice if it has curved or not. My guess is that spring is coming weather is becoming warmer and your guitar changed due to it, but it’s just a wild guess

There’s an ever so slight curve in the neck. Do you think it should be increased?

Yes, the weather change was one of my guesses, but in the past 2 years it wasn’t an issue. Maybe it was more sudden this year…

Sounds like the premise of a Z category sci-fi. “One day, acoustic guitars on Earth suddenly started to develop an unexplainable fret buzz. Nothing was the same afterwards.”

They are communicating with the mother ship!

Tough cookie to be honest, I would try to minimize the curve but yet again you tried adjusting the truss rod already so that should fix things, not sure what happened here.

If it’s a valuable guitar I would probably go over to a luthier to look at the issue. Yes in the UK weather changed significantly over a week from sub 10 C to over 20 C. Nights are still around 4 C so could be that I guess

Another thing to consider is how low your action is, I always set mine slightly higher than most at roughly 2.5 - 3.0mm, in the 6 years I’ve had my guitar I’ve never had to adjust the truss rod, but I have always used the same gauge strings, different brands but not gauge.

You could check out Justin’s series here: 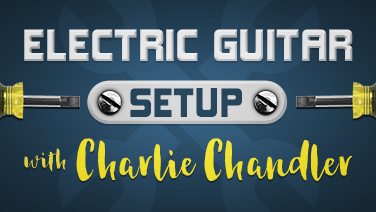 Set Up Your Electric Guitar

I had some success setting up my £10 Martin Smith Acoustic, I know that the action is not as straight forward to adjust on an acoustic but the series may give you some insight into what is causing the issue - even if you end up having to take it somewhere for adjustment.

(A cheap hack I’ve found for slightly too low an action is to put a section of cigarette paper in the nut slot, under the string.) - Maybe not suitable for a £1000 Martin

The action is definitely lower than it was before the setup. Last year I had the original plastic saddle replaced with one made of bone, but I couldn’t see a groove under the place of the D string.

In the morning I adjusted the truss rod, I’ll see how things are when I get home. I’ll repeat this for 3-4 days and if there will be no noticeable change, I’ll visit the luthier.

It’s actually a quite cheap guitar, but it plays really nice and I like it a lot. Maybe if I’ll have to go to the luthier, I’ll ask for a nut replacement as well.

Yesterday during the string change the (wooden) pins were pretty unruly, I had to keep on pushing them back to their slot. I blame that one on the climate.

Take your guitar to a local tech. Every guitarist should have at least one guitar tech in their contacts. I’ve taken my guitars to my tech when I can’t see my way clear on issues. Money well spent and did not break the bank. I haven’t given him much business in a while since I started buying my guitars from monoprice.com, which ships guitars already setup. Yes, setups can be a personal thing, but I found all of these guitars to be perfect for me. YMMV.

I found this video informative…