Did not think our RIP thread quite fit the bill but thought I would share this news. 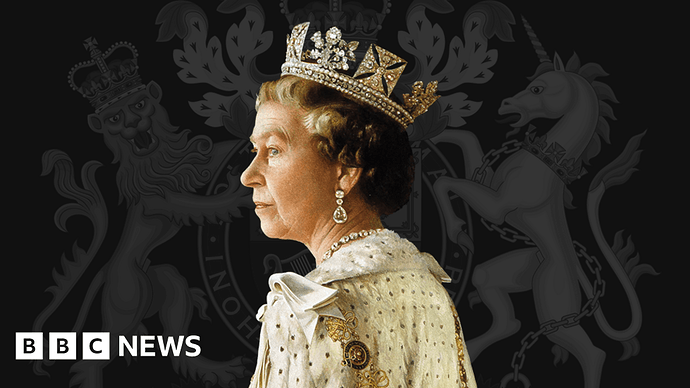 Just heard ourselves, such a very sad day

She came to the throne around when I was born, what a reign she has had, so many changes and things to go through!
RIP our Queen, peace be with you………

Definitely the end of an era

I feel sorry for any friends or family who are sad when a loved one dies and am happy to offer condolences in these situations. Elizabeth II led a very long and very rich life, doing exactly what she chose to do. I hope those close to her take solace in that.
But I never have believed in monarchy as an acceptable form of State.
Born to rule? Pah.
King Charlie? Not my king.
Bring on the Republic.

So a Hendrix style version of God save the King anyone ?

Remembering his version of the US anthem, the star spangled banner.

this is not a suitable subject for this forum

Well this is the “just chatting” section… which as I understand is open to whatever topics but debates on politics end the same way as debates on religion, both sides get angry. So probably best to stay away from that stuff.

The end of an era. Not that I’m a monarchist in the slightest, but she was the longest serving British monarch ever, and second longest in any country in history.

My opinion about monarchs is probably not a popular one as well, but I definitely respect a person who was working for more than 70 years and until almost her last day. And a woman, especially considering times when she became a Queen where women leaders were not as popular as nowadays. Let her soul finally gets rest for some well deserved retirement.

I was shocked yesterday … Queen dead … and I actually never properly processed the death of Freddie M and now the whole band … but i was so happy to read that Elvis turned out to be alive … … …I just came across this thread. Turns out I just didn’t get it all right…
Glad the rest of Queen is still performing,…Too bad about Elvis …

I don’t talk about the rest, we have our own shxt with the royal family here…

Offering the deepest sympathy and respect for those people from the UK. Queen Elizabeth was the only queen we have known of during our lifetime. Best of luck to King Charles. My first thought was to play that “Candle In The Wind” song Elton John played for princess Di years ago. It actually looks pretty easy chord wise. No royal family here in the USA, but we have plenty here that think they are royalty. lol